Dominic grew up knowing he would someday take over the family dynasty. He’d been raised by a woman who couldn't have cared less for him and a bastard father. After his father disappeared, he went to see the mother who threw him away like a piece of garbage—only to find out how wrong he really was. He went from being alone to having a family of dozens.

Rebeka lived her life day by day until her cousin betrayed her and sold her to a monster. Dominic rescues her but then hurts her so badly that she might have been better off with the monster.

Dominic fell for the beauty he’d saved. The problem was he didn’t like how deeply he felt about her until something threatened to take her away from him forever. 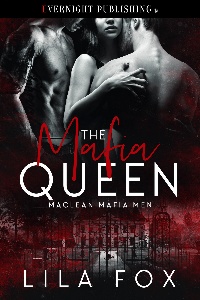 He made his way up the stairs, and with each step closer to Rebeka, he got calmer, but his body also grew more and more fiery, making his cock hard enough to pound nails.

Dominic slipped into the bedroom and came to an instant stop when he saw Rebeka lying on the bed with a small thin blanket covering her. The dress she wore had slipped up with the blanket so he could see the majority of her sleek legs. Fuck, what he would give to be able to dive into her at that moment.

He took a few minutes to stare at her and catalog every feature he could see. She certainly was the most beautiful woman he’d ever seen. How she affected his body was electrifying but also disturbing because he never thought he could feel like this.

He locked the door and sat down beside her on the mattress. His hand slowly slid up and down her leg a few times before smoothing the hair from her face. The thought that she would truly be his for the rest of his life in just a few short days overwhelmed him.

He’d be able to touch or fuck her any time he wanted. If he wanted to lay her face-down on his desk and fuck her until they were both raw and achy, he could. If he wanted to push her against a wall, lift her skirt and fuck her, he would. After the wedding, he would demand she not wear panties so he’d have full access to her all the time.

He grinned when she just grumbled but didn’t wake up. Before he tried again, he lay down beside her and faced her with his head on his hand supported by his elbow. His hand touched every part of her body he could reach as he coaxed her to wake up.

She tried to push his hand off her hip. “Why?”

“Because we need to talk.”

She growled, moved to her back, and rubbed her eyes. Her eyes widened when she turned her head to see him lying beside her. “What are you doing?” she asked.

“I’m lying next to my fiancée.”

She scowled at him. “Stop saying that.”

He grinned. “No.” He cupped her cheek. “How about we test it? If I can make you hot, you’ll admit you’re mine.”

“How would you do that?” she asked suspiciously.

Dominic rolled on top of her and made space between her thighs for him. His head descended, and he took her lips hungrily with a burning intensity that he’d never felt.

He wrapped one hand around her hip, and the other cupped the back of her head to keep her steady. They were breathing heavily, and he could already feel his cock weep and his balls draw up.

Dominic hadn’t gone off like this since he was fourteen years old. He prided himself on being in control of everything in his life. She was taking away his ability to rule his world with just one kiss, which infuriated him. He would put a stop to it as soon as he could, but he wouldn’t stop kissing her. He’d just find a way to keep himself from needing her so much.

Maybe after he’d fucked her a few times, his body would calm down enough not to invade his every thought. 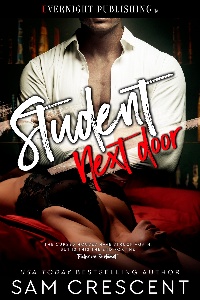