Just the Facts Volume 1 contains three thrilling mysteries sure to keep you up late turning the pages to see what happens next! Contains the stories:

Murder in the Condo Next Door by Edward Kendrick: When a crazy woman moves in next door to Michael he isn’t happy. Then she's murdered and he has to deal with a detective's suspicions and nosy reporter Reid, who tries to interview Michael and fails. Then Michael finally opens up about the murder ... and his past. Attraction blossoms as they try to find the killer, but will Michael die, too, before they can act on their feelings?

Past Sins by Thomas Grant Bruso: Officer Jack Ballinger receives a phone call in the early morning hours regarding a dead body in a quiet neighborhood in the small upstate New York town of Black Falls. The revelation is shocking, and with his future as a police officer in question, how will Officer Ballinger deal with the truth of these crimes once he learns that everything he thought he knew was a lie?

Sudden Death by W.S. Long: Peruvian-Japanese pro golfer Dimas Kanashiro should have been celebrating his first major golf tournament win. Instead, the suspicious death of his boyfriend’s stepfather places Dimas’ boyfriend, Hunter Mullins, under suspicion. It’s now up to Dimas to help Hunter find out how his stepfather died and, if he was murdered, who killed him in order to clear Hunter’s name.

EXCERPT FROM "Murder in the Condo Next Door"

Michael didn't have to call the detective. At eight Sunday morning his cell phone rang.

Blearily he took it off the charger, checked the caller ID, a sighed. "Good morning, Detective."

"I'd appreciated it you'd come down to the precinct."

Michael knew 'appreciate' meant 'you'd better'. His gut clenched as he asked, "When?"

"This morning. Say at nine-thirty. That should give you time to dress and grab something to eat."

"I'll be there," Michael replied before hanging up. He had the feeling if he'd asked why the detective would just have said he'd tell him when he got there.

Deciding to put up a good front, he dressed in slacks and one of his better shirts, rather than his usual day-off clothes -- jeans and T-shirt. He managed to get down some toast and coffee, too worried to eat more. Then he took off to face whatever Daniels wanted him for.

At the precinct, Michael told the man at the front desk why he was there. A few minutes later, Detective Daniels appeared, taking Michael up to the squad room.

When they were seated at Daniels' desk, the detective said, "I've done some checking on you, Mr. Wright, since you're the only person in the building who seems to have had any contact with Ms. Lee, other than the manager and the man who owns the condo she was renting."

Michael looked straight at him as he replied, "And?"

"You spent four years in prison for assaulting a man in a bar."

"I did. That was six year ago. Since then, I've stayed out of trouble."

The detective ignored his reply. "You have a bad temper, according to the file on your case."

"Yes. When I drink. I haven't had a drink since I left prison."

"You were angry at Ms. Lee's actions."

"I'll admit I wasn't happy at having my peace and quiet interrupted by her yelling that she couldn't get into her place -- three Saturday nights in a row. I told you I tried to help her the first time. The second time I could hear a man with her, so I didn't bother."

"And the night before her murder, you said you were going to confront her about that again."

Michael gave a sharp nod. "But that was a moot point. The man she was with that time must have gotten the door open because they were going inside when I looked into the hallway. I've already told you that."

"Tell me about this man."

"As I said, I barely saw him. He had dark hair and heavy eyebrows." Michael closed his eyes, trying to picture the man. "Maybe my height, which is five-eleven, or a bit taller. Wearing jeans and a shirt. Blue, if I remember correctly. I only saw him for a few seconds."

The detective wrote that down, but the expression on his face told Michael he wasn't certain he believed him.

"What would you have done if she hadn't been with this man you say you saw?"

"Probably reamed her a new one and told her to get help with her problem," Michael replied honestly. "But I wouldn't have done more than that. If you're trying to imply I made the whole thing up because I let my temper get the best of me and killed her -- forget it. The assault I did time for stemmed from alcohol induced rage. Normally, I'm a fairly calm person."

Detective Daniels leaned back, looking at him. "I know the man was with her because they were seen entering the building together, by a householder who lives across the street, although the witness didn't see what the man looked like."

"Then why are you trying to push my buttons about it?"

"To see how you'd react under pressure. I don't think you killed her. I do think you might have seen more than you remember when it comes to her. Seen, or heard."

Michael took a deep breath. "I take it I passed your test. I suppose I understand why you did it, but I still resent it."

"Understood. Do you remember anything else about her? You were her nearest neighbor."

"There was one thing, or two I guess," Michael replied. "Twice, I saw her out on her balcony. Both times there were men with her." He smiled slightly. "I wasn't spying on her, but when you hear voices you tend to look to see who is talking. I didn't get a good look at them, but my feeling is it was a different one each time. Different body shapes."

"Could either of them been the man you saw with her, her last night?"

Colliding with the Coalition (MM)
Jools Louise
In Shelf
$4.50 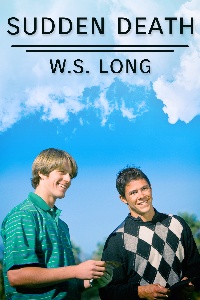