When Shaw misses his connection, it opens a doorway to a world he never knew existed. Not only does he discover mythological creatures aren’t just myths, but he learns he, his mother, and his sister share a family secret.

Given an amulet by the handsome but enigmatic Drake, Shaw plunges unprepared into this new world. The amulet is the key to protecting the portal between worlds, and some will do anything to possess it.

When danger threatens, Shaw needs to protect those he loves, including his mate.

When Keitha came home and Shaw explained his predicament, he was greeted by a peal of laughter.

“You are such a dweeb. How can you not find its fastener?” Keitha was still snickering and Shaw just sighed his frustration.

“Come here.” Keitha reached out for the necklace, but before she could get too close, something red and black surged from the amulet with a roar.

Twin screams rang out, and while Shaw fell back onto his butt, Keitha dropped onto her hands and knees, then glared at Shaw.

“You asshole. That was so not funny.”

“Wasn’t me. Wasn’t me.” Shaw shook his head frantically. “Get it off me. Get it off.” Shaw looked down at the innocuous amulet. A vision of Drake came into his mind, even as he sat there shaking. “He said no one else could touch it. Something about fire.”

“Shaw. Calm down.” Keitha didn’t move for a moment, then she reached out slowly to touch his shin. “Okay, doesn’t have an effect if I touch you. Can you touch the amulet?”

“You want me to touch it?” Shaw asked, his voice a high-picked squeak.

“It obviously hasn’t done that before. Go on.”

Giving his sister his best glare, Shaw swallowed hard, then reached with a trembling hand to brush his fingers quickly across the gemstone.

Nothing. No heat, no roar, and nothing emerged. Shaw touched it a little more firmly. Still nothing. Then Shaw had a sudden epiphany. He looked at his sister.

“Uh, you need to ask Mum. I’ll call her. She’ll come right over. Think I’ll open some wine while I’m at it.” Keitha scrambled to her feet, then looked down at Shaw and smirked at him. “You might want to get a little more comfortable, baby bro.”

Keitha wasn’t wrong. Shaw didn’t overhear what his sister said to their mother, but in less than ten minutes, Lin was at their door.

“Okay, what’s happened? Shaw, how did that ... that thing get around your neck? Don’t leave anything out.” Lin folded her arms and glowered at him and Shaw felt as if he was six years old all over again.

Thankful that he had a supportive family, Shaw even mentioned the kiss, although he moved swiftly past it, and kept the way it had made him feel to himself. At the end of the story he waited for his mother to either burst out laughing or accuse him and Keitha of concocting it all as an elaborate prank.

His world tilted slightly when she did neither.

“Have you noticed anything recently?” Lin asked Keitha who shook her head. “Nothing at all? Are you telling me this is just random?”

“He missed his connection.” Keitha shrugged. “Just one minute earlier, and all this wouldn’t have happened. Perhaps it’s fated.”

“Fate.” Lin sighed. “Not something I ever put much store in. But, well, maybe.” She looked at Shaw who felt as if he was a recalcitrant child all over again.

Except in this case, he had no idea what he’d done wrong. Surely, I’m the victim?

“What’s going on? Can you get this off me?” Shaw asked. He hated the whiney tone to his voice, but his entire world seemed to be spiraling out of control.

“No.” Lin shook her head, her expression sympathetic. “Don’t you remember? This ... Drake, whoever he is, said only you could touch it. No one can remove it. Not even you. He must be powerful to be able to use such a spell of protection.”

“A mage? Do we have them this side of the portals?” Keitha asked.

“Uh, what do you mean?” Shaw wasn’t sure he liked the way this was going. But on the other hand, it meant he wasn’t losing his marbles. The question was, whether it was a good thing or not. 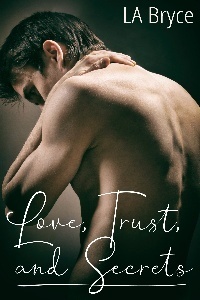 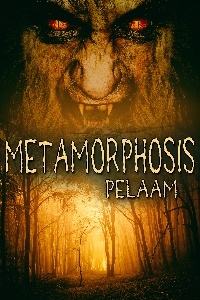