Jason has one rule when it comes to holidays -- work his shift behind the bar and then find a willing body to distract himself with. One night is long enough to satisfy his needs and still walk away with his heart intact. It has worked out fine for most of his adult life, but this Easter, he's trying something new. He's leaving the city to visit his friend Aiden, who recently moved in with his boyfriend in the middle of nowhere, but one unfortunate incident leaves Jason without a place to sleep.

Tom doesn't just not do relationships, he rarely does hook-ups, either, and never too close to home. Living on his own without attachments is easier than having the whole town knowing about him. As the holiday approaches, his lonely house grows even quieter than normal -- at least until his friend Tristan dumps an arrogant bartender in his lap.

As soon as Jason lays eyes on the gruff lumberjack whose home he'll be sharing, he knows who'll warm his bed for the weekend and help chase away any pending holiday gloom. Too bad Tom doesn't want to get with the program. As much as he wants to let Jason close, he won't risk outing himself for a weekend fling. Will Jason trust Tom not to break his heart if he stays longer than a couple of days? Will Tom value their relationship higher than the town gossip?

“Shit, it’s cold.” Jason closed the door with a bang. Tom wanted to tell him it wasn’t especially cold, and if he’d only been dressed properly ... But he didn’t. He wasn’t Tristan, and Jason didn’t need a daddy.

“No, I’m starving. Apart from the tea at the café, I haven’t had a thing since I left Whiteport.”

Fuck. Tom wasn’t sure the chicken was enough for both of them, and he wasn’t in the mood to cook anything. “Okay, let’s see what we’ve got, then.”

“Can’t we just have some Chinese takeaway, or something? A pizza maybe?”

“If you haven’t noticed, we’re in Nortown. That means no pizzas and no takeaway.”

Tom tried to ignore his spiking irritation. “We cook.”

Jason snorted. “Could you show me the bathroom, I need to clean up a little. I cut myself in the woods.” He held up a bloody hand, and Tom silently cursed himself for not noticing. As Jason looked at his palm, his cerulean eyes clouded and some of the colour drained from his face.

“Come. Sit!” Tom grabbed him; afraid he would faint right there in the hall. He guided him into the kitchen, made sure he was safely seated on one of the chairs, turned on the ceiling lamp and went for his first-aid kit.

“It’s probably nothing. Just a little cut.” Jason’s voice was smaller than he’d ever heard it before, and the knot in Tom’s stomach grew even tighter. Not because he was worried about the wound, more because it was easier to deal with an annoying bartender than the soft-spoken man who was sitting in his kitchen.

“It still needs cleaning.” Tom brought a bowl of warm water and squatted down on the floor in front of the chair, but hesitated before reaching for Jason’s hand. He looked up right into those intensely blue eyes and almost got up again -- too observing. Jason quirked one corner of his mouth as if amused to see what Tom would do.

Tom hastily broke eye contact and grabbed the hand, a bit more forcefully than he’d meant to. Jason winced but it was followed by a chuckle that had Tom’s heart beating even faster than before.

“Easy.” The husky tone was too close to him, and Tom had to steel himself not to let go and move away. “A bit jumpy, aren’t we?” The chuckle again. “Afraid I’ll eat you?”

Tom wasn’t afraid of Jason; he wasn’t afraid of anyone. He simply didn’t want people to know. Annoyance sparked inside Tom. “You said you were hungry. Now if you can shut up, I’ll help you clean this up.”

With a brisk movement, he rinsed Jason’s hand. The cut in the middle of his palm was worse than Tom had first thought. “You might want to have this checked. It’s pretty deep.”

“It is?” Gone was the confident tone and the chuckles.

“Yes. I’ll try to tape it together as well as I can, but maybe we should head to Northfield. There’s a health centre there. I think you’ll need stitches, and probably a tetanus shot, to be on the safe side.”

Tom looked up at the sharp word. Jason had gone even paler, his lips pressed together in a thin line, his blue eyes wide with fear.

“It’s better to have it looked at.”

Tom sighed but went back to dabbing the wound. It needed stitching. The edges gaped, and without a dressing it wouldn’t be given a chance to heal. A slow trickle of blood kept coming, and he wondered how long it had been bleeding.

“Okay, we’ll give it until tomorrow.” Tom did the best he could, but he didn’t hold much hope for them avoiding a trip to Northfield. 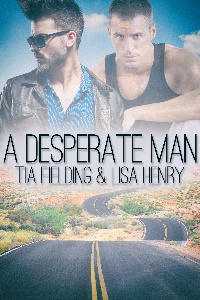 From Behind that Locked Door (MM)
Pepper Espinoza
In Shelf
$3.99 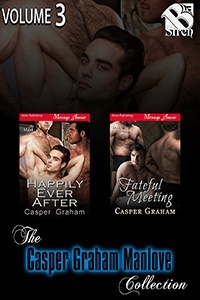