At Huntington Regional Detention Center, the time has come for the four freshman pledges of the Punishment Club to complete their sentence. Their final day in the Controlled Judicial Humiliations Program will take them to the outermost limits of their endurance. They will be tested by torment, scourged with shame. For Emma Jo and Buddy, for Peter and Cassidy, only love can temper the agony of their discipline. Only friendship can give them the strength to deliver a little justice of their own.

The “Swing Set” only lived up to its name by the shape of its frame: an overhead bar, twelve feet of black iron supported by black iron A-frame struts. But the bar was fitted with four hanging cords, also black, each of which ended at leather ankle restraints.

Officer Garcia and Veronica positioned it so the cords dangled right in front of them, the restraints resting right by their unfettered feet.

Then they left the room again for the last part.

Nurse Reyes-Garcia sighed and stepped forward, walking the line of her prisoners until she arrived at the far end by Peter. “This will be hardest for you,” she said—not in a taunting way, just making sure he was ready. “You understand this? You may speak.”

Peter was not, at present, evidently in a joking mood. “Yes, Matron. Let’s get it over with.”

“Buckle your feet in the restraints, Peter. For your own good, make sure they are tight and secure.”

Clearly perplexed but not daring to question, Peter knelt to his feet and cuffed his own ankles, drawing the bindings taut and buckling them. Nurse Reyes-Garcia did not check them. She would do that when they were all done. She only looked him in the eyes.

Emma Jo knelt to do hers next.

“When you ran naked on campus, Peter, no one chose you. You were a victim of chance and of your own poor judgment. Then you chose Emma Jo. Now you will bind her ankles as well. Make sure they will hold her.”

Peter’s lips thinned. He did not like that one bit. Yet he did as he was told, leaning over just enough to take Emma Jo’s feet, one at a time, and cinch them in the leather cuffs—hard, causing her to hiss. Nurse Reyes-Garcia understood he only did it this way because he believed what he’d been told, that a tight binding was necessary for her own good.

It was well that he understood this.

“Technically,” Nurse Reyes-Garcia continued, “Buddy asked that you select him, Emma Jo, but you were still the one who actually did it. Bind him. Make him good and stable for punishments.”

Emma Jo kissed his shoulder on the way down to his feet, but she did not play around. She drew the cuffs on hard, like a nervous mother strapping a kid in with a seatbelt.

“Buddy,” Nurse Reyes-Garcia then said. “I am sure you know what to do.”

Buddy looked to Cassidy, but Cassidy had never stopped looking straight ahead.

He bound her ankles. Only then did Nurse Reyes-Garcia check them all, and she did not find any of them wanting. The Punishment Club took care of each other.

Officer Garcia and Veronica came in through the door again, bearing with them the final piece: a twelve-foot-long cushion meant for the bottom of the A-frame, which would run parallel to the top bar. But that cushion was not for their feet.

It was for their hands. It even had shiny steel grippers in the shape of brass knuckles.

Officer Grant rolled his camera in front of them. Officer Kersey rolled her camera behind. When it starts, Cassidy thought, understanding with detached calm what was about to happen, it’ll be the opposite. We’ll be upside down again, and we’ll be facing Kersey. She does love her reaction shots.

Officer Garcia strode into camera view, addressing the home audience rather than the Punishment Club. “For today’s final discipline,” he said, “I shall be using a standard leather strap with knotted rawhide ticklers, the very same implement I first used in the chastisement of Miss Harper.” He folded it over and cracked it hard, causing Cassidy to wince in spite of herself. “At the conclusion of our session, it becomes available via auction on the official Consequences, Buy page, proceeds to be donated to the National STEM Program in her name.”

Score one for charity, Cassidy thought, small anticipatory shivers tickling her exposed bottom and the back of her legs, tiny hairs of fear.

He stepped aside, and Officer Thompson strode into his place.

“Oh boy,” Peter muttered, and no one rebuked him. They were in punishments now, or nearly enough. Some reaction, Cassidy supposed, was to be expected.

Thompson cut the air with a red rubber strap that was two feet long and four inches wide. “You all remember this bad boy, don’t you?” she asked the camera, twirling with it. “I know he does,” she said, gesturing with it to its first victim. “Don’t you, Allergy-Free Peter?”

“Like the words to a song I really, really hate,” Peter said.

“You’ll sing it again today, I’m positive!” she said with a glee that Cassidy suspected was at least half affectation. Then, back to the camera, she said, “I’ve got Buddy’s first paddle, too, which you’ll see back in action very soon. Both up for auction, too. Whoever gets my Rubber Butt and Licker will be contributing to the Music and Arts Federal Education Fund—and the lucky winner of my Silence is Golden Board of Corrections will be helping the Global Initiative for Universal Literacy!”

Okay, okay, Cassidy thought, her breath picking up. Greater good and all that. Got it. But…

Were they going to be hit with all of them?

She was beginning to feel faint. To her left, Buddy wept openly. Next to him, Emma Jo was cracking.

Veronica stepped in front of the camera, idly swishing her chosen implement, then brandishing it, right hand on the leather handle, her left gripping the three tresses. “Kind of a wrench giving this thing up,” she said. “Might have used something else in first punishments if I knew we were going to be so goddamned generous today. But I intend to give the dreaded triple belt of my wayward, misspent youth—my beloved tawse—one hell of a fucking sendoff.” She whirled. “Tell the audience, Emma Jo, how does it feel taking swats from this?”

“As it should,” Veronica said, whirling again, back to the camera. “Conservation of Wildlife Society, my bitches. Tell me you don’t know someone who deserves this—and when you beat that ass, tell ’em Miss Ronnie sends her fucking regards.”

She stalked off camera.

This is a nightmare, Cassidy thought. I don’t know if I can handle this.

“Very good,” said Nurse Reyes-Garcia. “Officers, if we may consider the introductions complete?”

Cassidy heard them step up behind her. Saw Officers Garcia and Thompson behind her in the mirror, taking positions at either side. Cassidy didn’t speak at first, but she shook her head back and forth, pleading with her eyes in the mirror’s reflection.

Officer Thompson wrapped an arm around her back at the waist and another under the knees as Alejandro went for the steel loop where the cord was affixed at the top. Cassidy had paled somewhat, the blush in her cheeks splotchy red. Officer Garcia looked back to Helena, who had her palm com out.

He took the top of the cord in hand, drawing it down through the loop. Officer Thompson led Cassidy’s feet off the floor, still holding her by her middle and under the knees.

You shall see, Miss Harper. When it is over, you will be glad to have completed the program, to have paid in full.

He thought it but didn’t say it. He had to keep in character. He did not want to be perceived as one who could be negotiated with. Miss Harper had to accept. She’d been doing so well only a few minutes ago.

“We’ll be done soon,” Officer Thompson said. “Shush, hon. Nothing you can do.”

At the far end, Veronica and Officer Davies were going to have a bit of a harder job with Peter, who didn’t look at all confident they’d be able to manage him. “Do a handstand on my own if it’ll be any help,” he quipped, trying to sound offhand.

But Veronica said, “Oh? Well, why the fuck not? Go for it, Hercules. We’ll catch your feet on the way up.”

Oh, Peter, he thought. Are you happy now?

“One final thing,” Nurse Reyes-Garcia said once all of the Punishment Club was hanging by their feet, holding onto the steel handgrips as though to let go would drop them headlong into Hell. “I have been asked by the producers to congratulate you. These things do not matter much to me, personally—and I doubt that such things would concern you at present—but there it is. They are the producers, so I pass this along. Our viewership has passed forty million viewers for the first time in eleven months. It will not break the record, but it will be a solid second place.”

From Veronica, who stood opposite with her tawse, waiting her turn: “Humph.”

“So,” Nurse Reyes-Garcia said, “if it pleases you, congratulations.”

She knelt in front of them. They didn’t know it, but she was checking for hand sweat, making sure they had a good grip. If they lost that grip—and they almost certainly would, once or twice—they’d dangle and swing until righted. Hence the name of the apparatus. But she wanted them to begin well and also to minimize the interruptions. Quicker finish.

You shall have your hair in braids again before tomorrow is over, I expect, Nurse Reyes-Garcia thought, sorely tempted to smile but knowing better.

And Cassidy, now that she was secure, was able to steady her voice when she returned, “Really? You don’t say. How about that?”

“That’s all you two know,” Peter said from the far end, flexing his fingers. “Buddy was already famous. Go ahead, Buddy. Tell them.”

I shall miss these four, Nurse Reyes-Garcia thought. But then, as she reminded herself, she missed them all. She remembered every name, going back to the very first two, the first show. Three years of them, and she’d never had a case quite like this one. Most of the time, her prisoners had needed her, the trusted but implacable Nurse Reyes-Garcia. These four needed only each other—and the occasional kind word here and there.

She stood. “Officer Thompson,” she said, “you may proceed.” 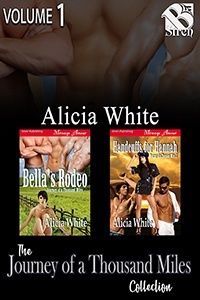 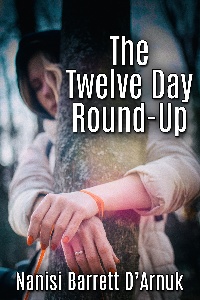