Euan McKeand has never forgotten his first love. Or the way he ditched her for her safely and wellbeing.

Threatened by an unknown force, all due to his undercover work for The Dispatchers, a government sanctioned
group of ruthless killers, he knew he would never forgive himself if anything happened to her.

Lila Hogg never forgot Euan, or forgave him for the way he left her, the week before their secret wedding.

Twenty years later, Euan, one of two caretakers on Death Isle, has been injured by an unknown assailant. His colleague heads to the mainland to find a doctor—only to kidnap Lila.

“How do you turn this thing into a bed?”

“Flip switches on the side. Hmm … I wonder.” Euan looked at her speculatively. “I really do wonder… ” He grinned wolfishly. “Do we really need it like a bed?”

“Like a…? Hmm.” Lila glanced from Euan to the couch he sat on and thought for a second. “Maybe not. As long as you do exactly what I tell you.” She grinned. “I’m in charge.”

Euan laughed. “Ohh, now then, this could be interesting,” he said in a deep, gravelly, juice-inducing voice. “I’m in your hands.”

The sort of voice that made Lila’s clit clench and her nipples harden to the point of pain. The pulse between her pussy and ass throbbed and she was damned sure there would be a damp patch on her thong.

“I hope they do everything I want them to then,” she said with a grin. “This boss lady, being-in-charge lark isn’t me except for at work.”

“First time for everything,” Euan said and winked. “Ma’am.”

She laughed as she guessed he’d wanted her to, and relaxed. She could do it. After all, she’d sorted her own sex life out for years. Except this was Euan, not a whirring piece of plastic.

“I think we need to let your poor cock come out of its confines,” she said and then held her hand up as Euan moved to unzip his fly. “What part of do not move do you not understand?”

“You should be,” she said in the best severe tone she could manage. “If you undo my stitches, I won’t half be cross.”

“So will I. Sorry, love,” he said softly. “I’m aching for you. Yearning for you, and bloody scared you’ll be disappointed. Or that I’ll go off at half cock.”

Lila put her finger under the top of his waistband and edged the zipper down with care. The last thing she wanted was to nip the skin. “No chance of that,” she remarked. “Fully primed, I reckon.”

His prick sprang free and jutted up proudly from its nest of dark wiry hair. Euan groaned again as Lila licked her lips.

“Not yet, I hope.” What next? Slowly, she undid the buttons of her blouse so it hung loose, showing the red lacy bra she had on and an expanse of sun-kissed skin from her last holiday. Lila ran her fingers around the low edge. “Hmm, where should I go from here?”

“Strip and have your wicked way with me?” Euan suggested gutturally. “Before I explode?”

“Oh, my, we can’t have that.” Lila kicked off her shoes and slipped her jeans down her legs. “Much too messy.”

His cock bobbed as if in encouragement, and she grinned. “Someone appears pleased to see me do this.”

“Oh, yes. We both are,” Euan said frankly. “I never ever expected the chance.”

“Make the most of it, it might never happen again.” Lila unclasped her bra and put it on the door handle. “I’m more of a follower than a leader, but just this once, I’m enjoying it. After all, it’s for a good cause.”

“The fucking of Euan?”

“Something like that. Remember, do not move unless I say so.” Lila edged toward him, bent her head, and licked the pre-cum that glistened on the knob of his cock.

Euan shuddered. Lila had a brief sensation of elation as she moved lower and circled his cock with her hands, then to rub the velvet-covered hard core length between her fingers.

“Soon.” She put his cock into her mouth, sucked hard, and put one hand on his stomach. “Don’t move,” she mumbled around a mouthful of pulsing dick and pre-cum. “Let me love you first.”

The taste and the scent of Euan as it surrounded her was arousing, thrilling. For the first time in a long while, Lila thought she could be about to experience a climax from simply giving head and not receiving anything back, but the knowledge her attention was welcome. Plus, judging by the way he clenched and unclenched his fists, he was ready to touch her and help her come.

Lila stood up and took one step back.

“What?” Euan’s voice was sex-filled. Husky.

To tighten her muscles, and know how aroused it made him.

To sense his shudders, the way his cock grew harder and bigger so he filled her as he came. Then she would be happy to follow him over the top and into the abyss of sated bliss.

Lila straddled his thighs. Then she carefully stood on tiptoe to edge him inside her and began to move slowly. 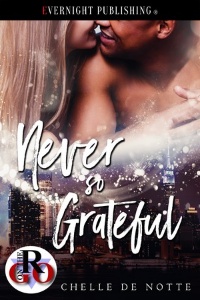 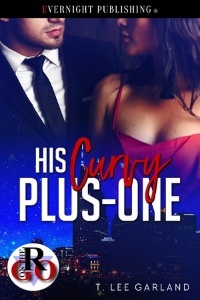