Sutter is a vampire on the run. After barely escaping the hunter sent after him, he makes it all the way to Oregon before the approaching sunrise forces him to stop. He only intends to rest until dusk, but that plan falls apart when he’s found passed out on the bathroom floor.

Ex-Marine Max Rowell hasn’t had a purpose in life since coming home from the Gulf. Drifting through the days, he discovers an unconscious guy who looks like an angel but has clearly been through hell and finds new purpose.

Max isn’t letting Sutter go anywhere until he’s healed, but Sutter needs more than a warm bedside manner to get stronger. Though they strike a deal, the clock is ticking. Sooner or later, Sutter will need to run again, or risk putting Max’s life on the line when Sutter’s past catches up to him ...

“Why does someone want to kill you?”

“So there’s really someone like Buffy out there, trying to rid the world of the undead?”

“Sure, if Buffy was a three-hundred-pound biker named Two Dog Dan.”

Max snorted at that, relaxing as Sutter had hoped. “So only vampires get to be pretty. Got it.”

Throwaway compliments like that did nothing to ease Sutter’s growing attraction to the man. “No, they come in all shapes and sizes, too. It’s not so different from the rest of the world.”

“Except the immortality and drinking blood part.”

“The immortality is a misnomer. We can die. We just stop aging.”

“How long have you been a vampire?”

“Twenty years.” He sighed. He was too weak to block out the memories effectively. “Sometimes it feels like forever, but then others, I wonder how much time could’ve possibly elapsed without my realizing. The world just passed me by until I got out.”

“Left. Ran away. Escaped. Pick your euphemism. They’re all pretty much the same.”

“If someone was trying to kill me, I’d run away, too.”

“Really?” He couldn’t resist confronting what seemed like such a blatant lie. “You were a soldier. That’s the very definition of sticking to the front line.”

But he had questions galore, so many of them convoluting what had seemed like such a straightforward man. Sutter starved for complications after a lifetime of simplicity, and yet, he’d made a promise, one he needed to stick to if he didn’t want to waste away before ever getting a taste of Max’s blood.

“I was safe with my creator,” he said. “It wasn’t until I left that I was attacked.”

“How safe could you have been if you ran away?”

He shook his head. “Safe is not the same as happy.”

Max’s eyes drifted downward, and Sutter knew he was seeing beyond the blankets to the scars that riddled his flesh. “Why did it take so long for you to leave?” he asked quietly.

“I was afraid of being alone.”

That stopped Max. The face that lifted back to Sutter’s couldn’t hide his comprehending sorrow.

“Don’t get me wrong,” Sutter said. “I had a very specific role with my creator, one I was good at. And a lot of the time, it was enough. I think, in his own way, he loved me for what I could give him, what he was missing.”

“In the past tense.”

“Because I broke his trust by leaving.” That was one of his unspoken reasons for why he’d waited years before venturing out of the Den and beyond Petrus’s reach. The sick feeling he’d get about betraying Petrus had always been greater than his craving for freedom. Until it wasn’t. “If he were to find me now, he’d probably stake me for daring to defy his authority.”

“I was in a way,” Sutter conceded. “I had the least power, with the greatest demands made of me. He dictated everything. But ...” The memories beat out his voice, images he could not explain. Nobody could understand who hadn’t been there, least of all a human with no concept of what life could taste like.

As his silence lengthened, Max sighed. “Part of you liked it,” he finished. “That giving over. Knowing if you did what you were told, you’d be taken care of.”

In that moment, Sutter realized he’d been wrong yet again. He kept theorizing what kind of man Max was without knowing all the facts, breaking their agreement without meaning to, when Max himself had said what a mistake it was. For years, Sutter had fought the dichotomy inside him, the urge to be his own vampire battling with the pleasure he got from knowing Petrus would keep him safe as long as he succumbed to his creator’s every whim. He’d thought himself alone. Why shouldn’t he? It went against everything Petrus had told him he was.

Max understood. Somehow, some way, he got it. 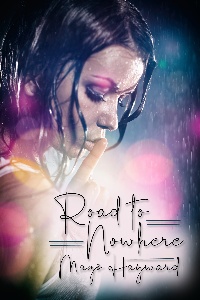 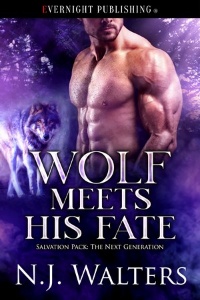