In Regency London, Jolyon Everett is determined to dissuade his irascible friend, Captain Ben Harding, from fighting a duel. However, before commencing on the pressing business of defusing Ben’s misplaced anger, Jo writes two notes -- one to Percy Havilland, his very demanding paramour, and the other to his tailor, Daniel Walters. With those trifles out of the way, he can concentrate on persuading Ben to reprieve young Edward Stephens, a newly qualified doctor, who Jo suspects has a serious crush on Ben.

But the best-laid plans can go awry, as do the letters. As well as a furious Ben, Jo finds himself at the mercy of an outraged Percy and an amorous tailor. Can he convince Ben not to shoot Edward after all? Will he soothe Percy’s ruffled feathers? And might Jo realise true love can be found under the most unexpected conditions? 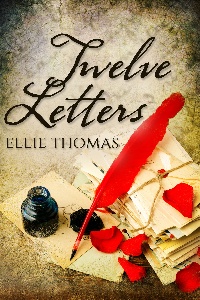 Jolyon arrived at the Piccadilly quarters of one of his closest friends, Captain Ben Harding. Despite the early hour, he was unsurprised to see that gentleman ready for the day, his long trousers and gleaming Hessians hiding his missing foot, the result of an injury at Badajoz, and wearing a ferocious expression. With his smouldering dark eyes and wayward curls, he could be compared to the notorious poet, Lord Byron, but Jolyon knew better than to voice that opinion to avoid being skewered by the poker within reach on the hearth.

“I know why you’re here, Jo,” Ben said to him, waving him into the other armchair at the side of the fireplace while he poured coffee for them both, “and you won’t coax me to soften my resolve.”

“I think this has all been a misunderstanding,” Jo replied patiently, as though he hadn’t spent hours of the previous evening, or rather early morning, trying to persuade an irascible Ben to pardon the unfortunate young man who had caused him such dire offence.

“That damned stripling belittled me,” Ben said, with a glare as hot and black as the scalding coffee.

“On the contrary, I don’t think that was his intention,” Jo corrected him gently. “The lad is quite new to town ways and was deeply in his cups. We’ve all been there,” he shrugged forgivingly.

Ben merely snorted his disagreement, and Jo wouldn’t have been surprised to see steam emanating from his nose. He had the mental image of Ben as a bull, a ring through his nose, pawing the ground in rage, raising a cloud of dust. He quickly stifled a smile.

“And anyway,” he continued stoically, “as you have appointed me as your second, I don’t need to point out how serious the consequences could be. Frankly, for a man of your military experience, this is no less than a deliberate execution.”

At that, Ben harrumphed but did not yell at him, which Jo felt was progress. Even hampered by his artificial foot, Ben was a dead shot and could still competently hold a sword. The poor young doctor was no match for him. The problem is, thought Jolyon, Ben’s spoiling for a fight, and this feckless young fellow simply blundered into his sights.

Since the siege at Badajoz, Ben’s attitude had become increasingly sour. Jo couldn’t be more sympathetic at his friend’s long months of recuperation, slowly learning to walk again, coming to terms with the fact he was no longer physically whole. Ben was fiercely proud, and only a few of his intimates knew what a harsh struggle this had been.

The other loss, that of his Lieutenant, his love, his faithful companion who had perished during the siege, was even more unbearable. After two years of grieving, rather than coming to terms with his bereavement, Ben seemed increasingly embittered and permanently angry. As he sipped his coffee, Jo reflected that although he loved Ben like a brother, even the most commonplace remark could set him off in a rage these days.

“It will take more than your blandishments to change my mind,” Ben said. Jo reckoned this was a retreat from thirsting for blood and spitting fire. He prepared to press his advantage when they were interrupted by Ben’s serving-man, Cribbins, another veteran of the Peninsula Wars.

“Excuse me, Captain. A letter has arrived for you by hand. I was told it was urgent,” he said, passing over the note to Ben before picking up the empty coffee pot.

As Cribbins left the room, Ben unfolded the letter, scanned it briefly then handed it over to Jo. “Is this your doing?” he asked suspiciously.

The note was written in crabbed handwriting eminently suitable for an aspiring doctor, but once deciphered, Jo saw with some relief that the meaning in the short paragraph was genuine enough.

If I have to face the consequences of my actions, I will do so as a gentleman, even if it causes my demise. I am writing not to abjure myself from bodily harm, but I bitterly regret offending someone who deserves only the greatest admiration and respect and so, whatever may happen, I apologise unreservedly.

“Nothing to do with me,” Jo said blandly as Ben stared into the fire, mulling over the letter, looking more than ever like a brooding Romantic poet. Jo observed Ben’s countenance with a glimmer of optimism. With those simple, heartfelt words, the lad had inadvertently appealed to Ben’s strong sense of fair play. Couldn’t have put it better myself, Jo thought with some satisfaction.