Elise doesn't feel like celebrating Christmas this year. A divorce has left her feeling more like Scrooge than Santa. But will the handsome, charismatic Nathan be able to change her mind? He may be just the present she needs this year.

Phoebe @ Talk About My Favorite Authors
Elise and Nathan seem to have an instant attraction to one another from the first time they meet and that is only the start to what will be a beautiful lasting relationship.

We Write Romance
...fluid descriptions and sensual tensions. There are a few unique details that were a joy to read.

Nate stared at her lips, remembering how soft they were. Leaning closer, he kissed her. When her arms went around his shoulders, he pressed his body against hers, pushing her down onto the rug.

Elise wrapped her legs around Nate’s waist. She’d always felt self-conscious with Todd, but making out with Nate felt natural. She couldn’t remember ever wanting someone so much before.

Nate dipped his hands under her and unzipped her dress. Breaking the kiss, he slowly pulled her dress down her arms and pushed it over her hips. Lifting himself off her, he pulled the garment the rest of the way off her body, leaving her bare to his eyes except for her black bra and panties.

He reached out and reverently caressed her from neck to navel. “So beautiful.”

Elise reached for the buttons on his shirt, undoing them as quickly as she could. She wanted her hands on his warm skin, wanted to feel his body against hers.

Nate shrugged out of his shirt and tossed it aside. He reached for the buckle on his belt and quickly unfastened it. Unzipping his pants, he stood and pushed them down his legs. Not wanting to scare her off, he left his boxer briefs on.

He lay down beside her on the rug, propping his head on one hand while his other hand explored her body.

“Nate, I feel like I’m burning hotter than the fire.”

He grinned. “You’re going to burn even more before I’m done with you.” 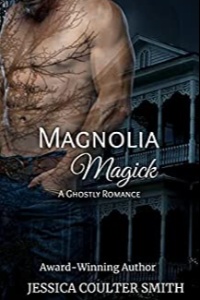 His Student (MF)
Sam Crescent
In Shelf
$2.99
Tweets by
sirenbookstrand