Connor MacMahon, a colonel in the United World Defense, is sent on a top-secret mission to the planet of Sanctum. In his hands is the fate of the Earth.

Storm Varek, the leader of a clandestine resistance group doesn't intend to watch as his people are slaughtered by their mortal enemy. Storm suspects that the United World Defense League doesn't care about Sanctum's inhabitants.

When Connor and Storm meet, there is no misunderstanding about where they stand. They don't trust each other. The last thing they should do is become lovers but the heat between them is burning out of control.

The insistent beeping would continue until I got out of bed, and lifted up the receiver on the phone. I didn’t want to turn around to see the expression on Cliff’s face. I knew he was awake now, too, half-sitting up, anticipation on his face. Or was it dread?

I squeezed the receiver in my hand, and punched in the code that would tell United World Defense Headquarters that I acknowledged and was responding. I sighed, then told Cliff in a voice that no matter how hard I tried still carried the slightest traces of an Irish brogue, “I gotta go.”

“Jesus, Connor,” Cliff complained, “you just got back from a ten-month stint on Jupiter Six. I thought they’d give you a few months at least. You’ve only been home a week.”

I hated it when Cliff whined. It was a particularly annoying trait he had, but I couldn’t say I blamed him this time. There was a part of me that felt like whining with him. “It might be nothing.” I shrugged, but even as the words came out of my mouth, I knew it was a lie. UWD never called me on that phone unless it was an emergency.

Cliff was suddenly standing in front of me, watching intently as I pulled on my one-piece, form-fitting black suit, which had been made by the grace of nanotechnology. This suit allowed the soldier to blend into any environment. It could adapt to all kinds of temperatures, detect poisonous fumes and enable you to carry ten times the weight you normally could carry without feeling the effects.

I stopped to look at myself in the mirror. I looked scary as hell with my skintight black suit stretched over a six-foot-four, muscular frame. With those big black boots and broad shoulders, it was enough to make poor civilians quake in their boots. Maybe I was saved by my black, wavy hair, which at the moment was, in defiance of regulations, curling on my collar, or my indigo blue eyes which people said made me look kind. Then again, with the helmet on, no one could see what was underneath.

“Do you think you’ll have to leave immediately?” Cliff asked.

“I don’t know,” I replied, meeting his eyes. I never knew, but I had to be prepared in case. I picked up the helmet. “I’ll call you as soon as I can.” I leaned over and kissed him on the cheek. My heart was pounding in my chest, but it had nothing to do with Cliff. I always felt a rush whenever that phone rang, a mix of anticipation and excitement.

There was a strained silence as I headed to the door. I turned around once and looked at him. “We may have to put off the ceremony, depending on—”

“Don’t worry about it,” Cliff threw back, folding his arms across his chest. His voice was as cold as stone. “I’m used to it. Gives you a good excuse, doesn’t it?”

I sighed, clutching the helmet. “I can’t help my job, Cliff.”

“You’ve paid your dues with the interstellar forces. You could always leave.”

“And do what?” I demanded, narrowing my eyes. “Goddamn it, Cliff, it’s not the time to argue with me now.” I hesitated, ever conscious that the car was waiting downstairs. I thought maybe Cliff would come over to me, hug me or something, but he didn’t. He turned his back instead.

I sighed and left the room. This marriage thing had been a constant source of conflict between us. Cliff wanted to get married. I’d been less enthusiastic. I really didn’t know why. Finally, Cliff had worn me down. We’d already made the plans, set a date, and now this. As I made my way downstairs, I pushed it from my thoughts. I spotted the car waiting on the curb when I got outside, walked over and got in.

Inside the great halls of the UWD, I was greeted by Major Charles Dunn, a middle-aged armchair soldier with good family connections. He saluted me as I walked in the door. “Colonel MacMahon. How nice to see you again. How are you, Sir?”

I saluted him back briefly. “Fine, and yourself?”

“I’m well, and thank you for asking, Sir. The general is waiting in the Red Room, along with Lieutenant General Gibbons, and the major general.”

“Red Room?” That meant something. Shit.

I sighed, and began to make my way down the long corridor, glancing around at the photographs of high-ranking officers on the walls and catching the reflection my boots made each time I took a step on the super-polished, black and white ceramic floor tiles. I couldn’t help having a certain sense of dèjà vú. I’d made this very same walk just ten months ago.

The major in front of me pushed open the two heavy oak doors, and stood aside to let me in. The room was silent as I walked down the aisle toward the front, where three grey-haired men sat silently. I saluted them each in turn.

“At ease, Connor,” the general said. “No need to be formal here.”

I placed my hands in front of me and widened my legs some.

“Thank you for coming so promptly, Connor,” General Harding began. “I know you just came off a long haul on Jupiter Six. We were hoping to give you a little downtime.”

I inclined my head. “I was hoping for that, too, Sir.”

Lieutenant General Gibbons looked at the major general and said, “Well, should we get started then?” 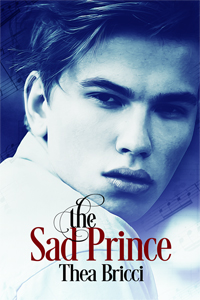