Destined to fail their history course, an extra-credit assignment brings Chad Minnelli and Alex Hayes together. After three days in the library, Chad invites Alex to his beach house. Their attraction explodes into a summer-long affair.

Once back at school, Chad is consumed with Alex, already planning their future together after their college graduation. While Alex still has one foot in the closet, Chad does all he can to guide him out, easing Alex into the gay lifestyle.

Leery of his possessive streak, Chad gives Alex free rein over the decision to play with a third when approached by Bret Davis at a gay night club. Miscommunications and conflicted emotions tear them apart. Chad wrestles with the guilt of not taking more control over the events that night at the club, while Alex attempts to emerge as a gay man, ready to receive all that Chad has to give.

“So I suppose you’d want to scope out the chicks while you’re down here?” Chad shifted in his seat, his breath catching.

“Not really.” Alex frowned. He turned his head, his neck stretched, gazing up into the early evening sky, the color of orange sherbet, the heat of the day descending.

“Oh.” Chad felt his eyes widen. A damp, salty air coated the silence that hung between them. Alex was squinting at him, his expression unreadable. Alex’s hard words had Chad’s full attention.

“I’m done with the charade. I got caught, but you know what?” Alex’s eyes met his. “It was the best thing that could’ve happened.” Chad held his stare, Alex’s eyes like a pool of tropical seawater he couldn’t wait to dive into.

“What d’you mean you got caught?” Chad whispered. A slow tingle wormed through his body.

“I was with a girl for over a year, but see, the problem is…I really don’t care for women. I was seeing someone else on the side.” He chuckled sarcastically. “Another guy.” His laughter was now laced with trepidation.

“How the hell did you pull that off?” Chad shook his head, unable to comprehend how a gay man could carry on and sleep with a girl just to stay in the closet.

“It was fucked up. It did nothing but fuck me up.” Alex’s tone was sharp. “But she caught me, and it finally ended. I played it safe, so she was never at risk.” He shrugged. “I transferred because of my injury, so that enabled me to just walk away.” Alex ran a hand through his hair, the ends standing straight up in the sea breeze. “That’s my story.”

“That’s a good story.” Chad smiled, wanting to reassure him.

“You think so?” Alex’s brows pulled together, his tone flat.

“Oh, most certainly. The kind of story I like.”

Alex choked on his beer, wiping his mouth as he set the bottle back down on the table, his hand shaking. His eyes skirted over Chad before standing up.

“I’m going for another. You want one?” He gestured to his bottle.

“Sure.” Chad grinned, his summer spreading out before him like a sexual free-for-all.

Alex returned, handing him a bottle, the glass cool against their fingers during the exchange. Alex walked over to the railing, setting his beer down. Alex spoke into the air, his back to him, his gaze fixed on the roaring sea several blocks away.

“You drove me crazy the entire time you were typing our papers,” Alex said softly. His voice wavered with the admission. Chad’s body stilled, his heart kicking into overdrive, thumping into the back of his throat.

“Typing gets you hot?” Chad laughed, his nerves braiding with excitement, hoping things were headed in his desired direction. Alex faced him, the sea breeze now at his back, his T-shirt billowing out around his slender frame.

“The way you ran your tongue across your upper lip…it must be a concentration thing, but holy shit.” His laughter was light. “What a fucking turn-on.” Alex chugged his beer, the honey-colored skin of his throat moving in ripples. “Need I say more?” His brow lifted.

“No.” Chad’s voice hoarsened, clearing his throat. “I don’t believe you do.”

“Come get me, you sexy fucker.” He bolted around the counter, dodging the chairs around the small kitchen table, and darted up the stairs. He glanced over his shoulder and saw Chad taking the steps two at a time, his eyes blazing. Alex pulled his shorts down, exposing one cheek. “Catch me if you can.” He lunged for the last stair. Chad’s fingers gripped around his ankle. Alex slipped from his grasp, losing his footing.

Alex shrieked, his fingers digging into the carpet while he crawled into his bedroom. As he scrambled onto the bed, Chad yanked his shorts down. His cock throbbed, his balls swelling with a needful burn. Alex rolled over, freeing his legs, his groin pale, concealed from the bronzed work of the sun. Chad ditched his shorts, tossing them to the floor. Chad lowered between his spread legs.

“Can’t wait, can you?” Alex laughed. Chad’s eyes darkened with desire. Alex salivated as he took in Chad’s body. He looked delicious. A series of firm lines with curves of definition, a work of art. Alex lifted his hips, his fingers petting his dick.

“No, I can’t. Want you bad, been suffering since we got down here.” Chad’s confession was a rushing wind, his eyes hooded. “Reach in that nightstand, will you? Stuff’s in there.”

Alex shifted, grabbing a roll of condoms and lube from the drawer. He placed them on the bed, his head turning just in time to see and feel Chad’s mouth consume him, pulling him into a warm, wet tunnel, his custom-made heat.

“Love your body.” Chad licked at his cock, his eyes fluttering closed. Alex reached behind him, gripping the headboard, stretching for him. Chad’s mouth felt like warm water lapping over him, his tongue moving in slow, easy strokes.

“Fuck yes!” Alex flexed, every muscle tightening. “Your mouth is amazing.” He gasped. “Ah, God.” His cock was pulsating, his balls pulling up into his body. “Watch…I’m not gonna last,” he groaned, his voice strained, his mind tilting. His eyes sprang open, skirting along the tiled ceiling.

Chad moved, his head tilting, his pink tongue swiping at his sac.

“I’m ready to come. Holy shit!” Alex’s skin spewed with heat, his hand slipping from the headboard. He let go, grabbing his knees, rocking back, giving Chad more access. Chad’s groans vibrated into his cock, his finger now inside his ass stretching him as his mouth sucked, his tongue slithering through his slit on the upstroke.

“Ah…man.” Alex tossed his head back, his nerves frayed as he lifted his legs higher. “God, that feels incredible.” He was flying, the way Chad prodded, touched, and tasted, taking from him what he wanted. Alex’s skin dissolved, dripping off his bones, his cock about to blow. Alex reached down, wanting to stroke himself off to the finish. Chad pushed his hand away, his fingers gripping him, his body writhing in ecstasy.

“Ah, God…can’t take it. I’m shooting, you hot motherfucker,” Alex yelled, his words slicing through their heated ambiance, his voice escalating with aroused hysteria. Milky fire coated his belly, every joint releasing. Alex opened his eyes, his palm rubbing his spunk into his skin. Chad rose over him, his head dipping to lick his creamy, white juice.

Alex could smell them, the tang of sweat and sex hanging in the air. Chad loomed over him, his arms resting on either side of his head. A snide smile tugged at his mouth, his lips glossy, his eyes glittering with amusement.

“Holy shit.” Alex reached for him, cupping his cheek. “What an amazing flight.”

“Want you.” Chad traced his lips, his finger dipping in. “You’re so hot.”

“Oh, I will, gorgeous, no worries about that.” Chad leaned back on his heels, his cock thick. He reached for the lube, his brows raised. 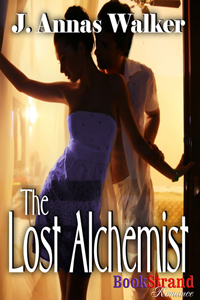