Jake Marino may have a tough exterior as a muscle-bound Muay Thai kickboxing trainer, but inside is a tender heart with a desire for love. He doesn’t expect that meeting leopard shifter Alex Butler would change his life.

As a young man, Alex was an exotic prostitute for a big-wheel Washington, D.C. federal prosecutor’s side business. These days, being a paralegal is more his speed. He enjoys his day job, but there’s something missing in his life. Love. As he looks to the future with the hope he sees in Jake, his past comes back to torment him. 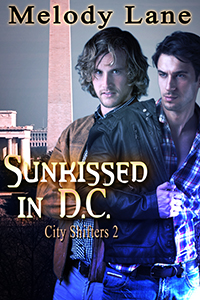 Jake jogged around the walkway of the Ellipse, the large park south of the White House fence that was open to the public. He enjoyed being in Washington, DC after moving from his hometown of Chicago a few weeks before. Although he loved Chicago, the last winter never seemed to end. There had also been criminal activity at the Chicago gym where he’d been employed, so he was ready to make a change and get away from it all. Today, DC was already in the high sixties. What an added bonus from the cold Midwest weather.

Whenever he had time off from the gym, he explored. He had moved just in time for spring and the cherry blossoms that DC was known for. Glancing around, he saw many a dazzling tree covered in the blooms. They looked like fluffy pink clouds hanging on the limbs.

He noticed activity out of the corner of his eye and stopped short at the spectacle going on to his left on the South Lawn of the White House. What appeared to be a leopard bounded out of a black limousine on the street between the Ellipse and South Lawn and jumped the White House fence! He glanced up and looked closer toward the mansion and noticed a group of people in dark suits had come outside. The leopard headed their way. As it reached the South Lawn fountain, Jake heard what sounded like gunfire. What the hell? The leopard immediately fell to the ground, and the group of people disappeared back inside the White House in a frenzy.

It was only moments until what appeared to be seven or eight people with rifles drawn emerged from different areas of the White House lawn. Their guns were pointed at the leopard. But the leopard was far from being a threat anymore. Right before Jake’s eyes—and those of many other people nearby—the dead leopard changed into a naked human. Jake was unable to tell if the shifter was male or female from his location, but the body was on the small side, and the hair was long and brown. The people with rifles surrounded the body to hide it from public view.

Minutes later, police were on the road telling everyone to move along. Jake let out a breath. Obviously, the person had been a leopard shape shifter. But what was he or she doing jumping the White House fence? Had the shifter planned to do something horrific on the White House grounds, or could this be a horrible mistake? He’d have to turn on the news after he went home.

The afternoon was still sunny, but he no longer wanted to jog. He didn’t feel well. What he had witnessed was both confusing and upsetting. He saw someone killed. That leopard shifter had obviously been a threat to the White House, and chances couldn’t be taken there. He looked around him. The police continued telling people to move along, so Jake moved.

He was only a couple of blocks from the Smithsonian Museums. Maybe today should be the day to take in one of them before he went back to his busy and crowded apartment. Ugh! Too many people living in one house. There was no privacy, and a quiet moment couldn’t exist there. It was the one part of DC he didn’t like so far. He walked down Tenth Street and turned left on Constitution Avenue, an area known as the National Mall.

He stood on one of the Washington DC streets that held some of its largest buildings and contemplated his next move. One of his roommates told him to go see the dinosaurs at the natural history museum, which sounded perfect. He located the correct museum from a tourist map and headed to it.

As soon as he entered, the Mammal Hall pulled him in. The animals of Africa in their glory. They were all in their natural habitat and positioned in a natural scenario. There were two lions attacking a buffalo, and a giraffe with intimidating height. After wandering around the exhibits for almost an hour, he figured he needed to move on. There was so much to see here that he’d have to visit another day to get it all in. At least he was distracted from the White House events for a brief time.

Suddenly his attention was pulled to a leopard in a tree that he hadn’t noticed before. He moved closer to have a look. The leopard was up high straddling a tree branch, head leaning over his folded paws. Farther up was a dead deer hanging over the branch. 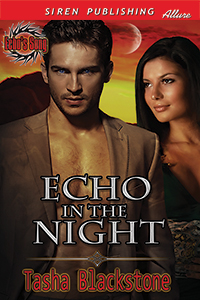 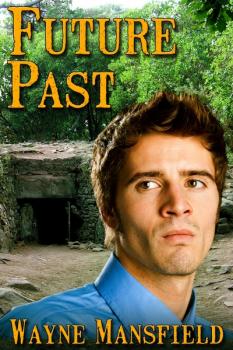