Holding his human form was extra exhausting for Angel, especially with his natural instincts to sleep. Normally, his daylight hours were filled with dreams, however today they were filled with Daphne and despite the fact he was tired and wanted to rest, he knew he had to have her. He carefully tugged at the thin material of her dress with awkward fingers, slowly lifting it from her sleek body, resisting his primal urge to become a cat again and tear it off with his claws, or better yet, his teeth. He tempered the fever she was enticing in him and instead, carefully placed her clothes on the rock, smiling down on the beautiful creature he would soon take as his own. She certainly didn’t need the clothing. He was unsure of why humans seemed to need to cover their bodies. It was something he did not understand, but he had to respect it and wanted her happiness above all else.

Under her dress he was surprised to see she had more, a smaller top with a difficult latch and some tiny pants he ripped off with his fangs as she wriggled and squirmed beneath him.

In the wild, to see such frantic movement would have instantly triggered his killer instinct, his need to hunt, but now it elicited something entirely different.

Daphne’s entire body shivered as she looked up at this stunning man, her body filled with desire for him alone. Desire the likes of which she had never felt before as she lay naked with him there, ready to give up her life for this sensual creature.

Although Angel could feel the thickness of his desire rising from his groin, he stood above Daphne now staring at her but doing nothing about the growing tension he was feeling.

It suddenly occurred to him he had never made love to a woman before. He was a virgin as far as that went and did not understand his own anatomy enough to know if it would work the same. 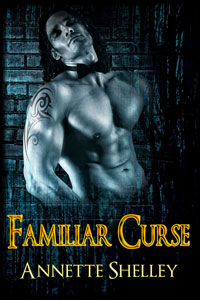 “Oh my God, oh my God.” She slammed on the brakes and pulled over. Nothing could be as mortifying as killing an innocent animal.

What should I do? The only thing she could do—get out and help the poor thing, whatever it was. She reached for her flashlight out of her jungle necessities kit and slowly stepped out of the car, walking carefully to the front of her vehicle where she could see the red blood dripping off her passenger side headlight. Oh dear God, what have I done?

The only saving grace was that her jumbo jeep didn’t mangle the poor animal too badly, only knocking it to the side of the gravel road. When she got up close to the dead body, she gasped.

The identity of the lifeless body lying there before her was far worse than she could ever have imagined.

A cat. Daphne hated cats, she’d hated them her whole life. Dogs were okay, loyal companions they were, but cats? There was nothing more horrible than a cat.

Growing up, Daphne was always the kid with a hundred pets—guinea pigs, rats, mice, hamsters, snakes, rabbits, dogs, and of course birds, but never, ever cats. They were the bane of her very existence.

Now here she was in the middle of freaking nowhere looking down at some poor kid’s black housecat. She wanted to get in the car, put the pedal to the metal and keep driving, never looking back. However, the simple thought of some poor Costa Rican kid coming out to the road tomorrow and finding little Felix flat as a pancake was enough to make her realize that she would have to scoop the repulsive feline up and take it to a dumpster or someplace where she could give it a proper burial.

In some ways, Daphne was ashamed of herself for even thinking such thoughts about another member of Mother Nature’s family, but for some unknown reason, she simply couldn’t help hating the cat anyway. It figured a cat of all things would have to stumble out in front of her car and ruin a perfectly good day with the birds.

Daphne lifted the tailgate and pulled out her shovel and a plastic garbage bag. Lucky she had the equipment to do cleanup of her murderous act, she thought, walking around to the passenger’s side, headlights beaming down on her kill.

She knew better than to stop in the jungle at night. Of course Costa Rica wasn’t at all like the United States. There weren’t any hitchhikers to pick up out here in the jungle, and road rage seemed to be at a minimum, but Daphne knew there could be predatory animals out for their nightly hunt. In fact, the more she thought of it, she figured she probably put ol’ kitty cat out of his misery, lest a hawk or one of the ultra-deadly Harpy Eagles got a hold of him.

The first time Daphne ever laid eyes on a Harpy was earlier today at Santa Elena Conservatory. From what she was told, those killers could scoop sloths and monkeys out of trees with a single swipe. Ouch! Instead, Daphne did the cat a favor by providing it a quick and painless end to its nine horrible lives.

Shovel in one hand, Daphne scooped up the feline while holding the bag open with the other. In a split second the remains of the cat were neatly wrapped in black plastic. The trash bag was much heavier than she thought so she had to take her tools back and load them in the truck first, then go back to pick up the cat with both hands. That’s funny, she thought, he didn’t look that big when I first saw him.

The long day and the dark must have been getting the better of her. She was barely able to heave the sack into her trunk and slam the door when another jeep came crawling by, slowing down for her headlights.

Oh great, Daphne thought, not wanting to call any further attention to herself and her murderous deed.

It was a young guy she’d seen at the preserve earlier today on his way back for work tomorrow.

“Oh no, thanks.” Daphne hated having to tell him, but wanted to be honest. “I just…hit a cat.”

“It happens. Don’t worry about it. It wasn’t like you meant to do it, right?”

“Yeah right, of course not.”

“Where are you headed?”

“Do you know how far it is from here?”

“You’re almost to the main highway which isn’t much better than this, but at least it has a few lights on it, less potholes. I’d say you’ve already passed the worst of it.”

Daphne loosened her grip on the wheel. “Oh that’s good to know. I was beginning to wonder.”

“Are you sure you don’t need to follow me there? It’s getting kind of late for you to be alone out here.”

“No, I’m fine, thanks.” What would it hurt her to let someone help? Independence was a trait she couldn’t quite let go of, even for the company of a cute guy.

“Okay.” He waved goodbye and drove toward the mountain.

Daphne got behind the wheel and continued her drive. “Okay Mr. Gato, you’ve caused me enough trouble tonight so let’s get this show on the road.”

The supposedly close highway took Daphne another forty-five minutes to reach. At this rate she wondered if she could make it to town by dawn.

The kid was right about one thing, there were lights on the road now and definitely less potholes although it was hardly what Daphne would call a highway. It looked just like all the other winding roads around here, only a tad bit wider.

She looked at her gas gauge and was startled to find there was only a quarter of a tank left. “Damn it.” It was only a matter of time before she really was stranded out here alone in the dark.

She slowed the jeep down, careful not to step too hard on the gas pedal, as was her usual style of driving, in the faint hope of conserving a few precious drops of petrol.

Something seemed to be weighing the back of the jeep down and it didn’t seem to be driving as well as it was earlier. Probably my imagination, she thought, as she kept going at a steady crawl over the rocky roads.

What was that? It felt like she’d run over a boulder, but she hadn’t seen any on the road.

It sounded like it was coming from the back end of the jeep. She needed to be more careful about potholes.

My God, what the hell was that? Daphne hated to stop now for fear doing so would only make matters worse and use up more fuel when she restarted the engine, but now it seemed she had no choice. Something was bumping around in the back end of the jeep and she was now worried the car may be falling apart.

Car rental agencies in Central America didn’t necessarily have to adhere to the same standards as those in the states, although she was sure the people at the sanctuary wouldn’t have put her in an unsafe vehicle.

Since tourists first began coming here more steadily in the 1980’s, things had become increasingly more civilized for Costa Rica and the people there were anxious to do business with other countries and standards of service, as a result, steadily improved.

The jeep was rickety, and it seemed sound, but still, Daphne had to check. I’ll bet that damned cat has something to do with this. She was certain the cat must have ruined the car. She was proving the old wives tale to be true tonight—expect bad luck when a black cat crosses your path.

“Okay, alright already. I’m coming to take a look.” Daphne pulled over and far enough off the road to be safe, although there was not a soul anywhere in sight, as far as she could tell. She slid the gear in park and popped the tailgate, leaving the keys right where they were. The last thing she needed tonight was to lose them in the bush and have to go crawling around with tarantulas and bugs to find them. She was a bird lover, not a bug lover.

She heard it again.

Holy shit, she thought. What the hell is going on?

Fortunately in most cases, Daphne was smart as a whip and afraid of nothing. She’d traveled the world, mostly by herself, and could handle just about anything that was thrown at her. This, though, seemed a little different, scarier.

Daphne still heard a strange loud scratching noise in the back of the jeep she assumed would stop once she pulled over, but no such luck. She crept around the side of the jeep, pulled her little LED flashlight out of her rear pocket, shining it in the side window, trying to see what all the commotion was about. Her heart raced as the sound grew louder and whatever it was continued to kick around.

“Agh!” she screamed, jumping back toward the road.

A giant black jaguar was lying on top of the torn plastic trash bag where she placed a tiny house cat only an hour earlier.