Two centuries ago, Ferver Black lost the love of his life and went on a killing spree--not uncommon for a vampire. Tired, this immortal becomes a cop to rectify some of his wrongdoings.

Nurse Genevieve Durocher is attacked one night. Ferver discovers the attacker is a vampire and this particular member of the walking undead is his mortal, or rather, immortal enemy.

Enter Lucien Baptiste who wants Genevieve as his bride--for keeps. And he holds a dark secret.

The battle is on for Genevieve, and the truth.

Will Ferver’s Christmas wish to become mortal be granted so he can spend his life with Genevieve? Or will Lucien succeed in turning Genevieve into an undead to live with him forever? 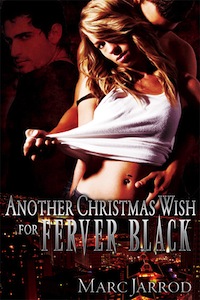 Another Christmas Wish for Ferver Black
Marc Jarrod
In Shelf
$3.99
All Books In Cart
All Books In Bookshelf
Excerpt

Ferver knew what her intentions were. He kept his eyes focused upon the enchantress and readied himself for the embrace.

Embracing him, Ferver felt her generous bosom cushion his chest. Relishing the softness, he hugged her even closer. His hard-on pressed into her abdomen. They danced slowly to the rhythm of the music. Locked in the heat of their embrace, Ferver bent down and captured Ginny's lips in a searing kiss. The intensity of the kiss shook them both. It was raw, hungry and carnal.

Kissing her passionately, Ferver raised his hands from her waist and slid them up until they rested on the sides of her beautiful breasts.

Ginny sucked in a breath as his hands caressed her breasts, his thumbs gently circling her nipples. He was lost. He felt the old connection, the comfort of the familiar. The question was, could Ginny sense it too? Was it possible she was the reincarnation of Genevieve Durocher? What were the odds that the woman he held had the same name and the same feel of the woman he loved so long ago?

Yes, Ferver recognized her desire. He'd made love to hundreds of woman and, in many cases, turned into vampires. But she alone affected him in this way. He slid his hands from her breasts, down her back to her luscious bottom and pressed her more firmly against his groin. He wanted her to know his desire, to feel it. He lowered his hands and began slowly to raise her skirt. His hands kneaded her backside as they continued to dance to the beat of sexual desire.

Ferver could barely contain his excitement as he dipped his fingers into her moist treasure. He knew he had to have her and soon. Eying a thick throw on a nearby chair, he released Ginny just long enough to place the soft blanket on the floor in front of the fireplace. He then gathered her in his arms and kissed her as he carefully lowered her onto the plush surface. There, he continued his exploration of the lovely body beneath him.

He wanted this woman in the most carnal of ways. He slipped his long fingers under the elastic of her panties to touch the softness of her skin… and discovered not the downy curls he expected, but only smooth-shaven femininity beneath his fingertips. Ferver smiled wickedly as he lowered his lips to hers and continued his explorations.

"We're going to have to get rid of some of these clothes, Ferver," Ginny declared as she wiggled out from under him and began to strip off her dress.

Smiling, Ferver ogled her creamy skin as she quickly divested herself of clothing. He sighed as she released her breasts from the bondage of her lace bra. Standing completely naked before him, she allowed him to look his fill.

After a few minutes, Ginny took charge. She eagerly freed his erection and slipped him out of the confines of his jeans.

Ferver sucked in his breath as she lowered her hot mouth to his cock. It had been twenty long years since his last encounter with a woman, and even that time, it had just been lust, pure and simple.

"No more," he managed to groan. "If you continue, I won't be able to contain myself."

In response, she lowered her head again and took him all the way into her greedy mouth. 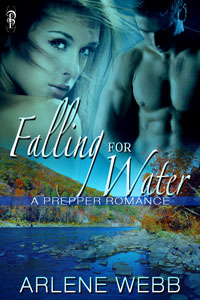