Glory Box is a collection of homoerotic sex scenes. There is a mixture of genres, from sci-fi, to fantasy, contemporary, but all are hot. The goal of this collection is to give you something to read that’s fun, light and sexy. You don’t have to think about things, just sit back and enjoy as many as you want, when you want. 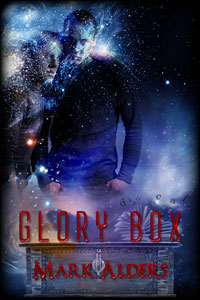 As soon as the tent’s flaps were secured shut, and many candles radiating a warm glow illuminated the inside, Ulore removed his loin cloth. Jedro gasped. The man was well endowed, a good seven or eight inches flaccid with a foreskin that overhung a large head. If he was this big now, Jedro knew he was indeed up for a challenge when the centaur was fully erect.

Then, much to Jedro’s surprise, Ulore kissed him with tender care on his forehead. “I find you very attractive, Jedro Winter,” he said. “Come, let me oil and pleasure you, then we can strike an arrangement together. One where I will hopefully be able to convince you to stay beside me, become my partner.”

Jedro was flabbergasted. For the longest time he stood unmoving. Finally, after his brain had tried to work out the meaning of the words the centaur spoke, he said, “I find you attractive as well.” What else could he say? Here was a devilishly handsome man, all muscles and with a cock that could indeed split him in two, making romantic advances toward him, not an all conquering alpha male at all. A far cry from all the parading around he’d performed earlier. “But I don’t understand.”

Ulore had sat himself on the bed, legs spread wide. He had picked up a bottle of oil. “Come. Let me show you my meaning.”

Moments later, and with his mind still trying to work out what was going on, Ulore laid him down, stomach to the furs. He began to massage his body with the oil. Jedro moaned as the man’s massive hands worked their magic across his skin, over all of him. It was amazing, to be touched in such a way. He worked Jedro’s shoulders, back and thighs. Not once was he rough. Not once did he falter in the flow of his massage.

Jedro had to admit, he was enjoying himself. He could also feel his cock stir to attention, a sight that pleased Ulore when he turned him around to massage his chest and stomach.

“You are beautiful and I would love to taste you.”

Jedro, still feeling the tingle of the massage, now completely slicked with fragrant oils, said, “I would love it if you did, Ulore.”

Again, contrary to how the man behaved earlier, he was as gentle as a lamb when he came to suck on Jedro’s cock. The touches of his tongue into the mouth of Jedro’s foreskin were sublime, getting to every sensual part of him to make him harder and harder with each beat of his heart. Even Ulore’s gentle hold on his dick, right to the point where he retracted Jedro’s foreskin proper so he could get to the goodness underneath it, was unbelievable.

Jedro gasped, grabbing onto the cushions as Ulore worked on him. Many times he came close to climax, but had to force himself to try and think of other things to stop himself. Not only did Ulore worship what he was endowed with, he massaged his testicles, felt the sensitive places between his legs. He opened them wider as an invitation for the centaur to explore him deeper.

Ulore didn’t waste time. With oil covered fingers, he moved his touch down to Jedro’s arsehole, touching and teasing his sweet spot. He groaned some more, arching his back so the magnificent man could do with him as he pleased.

“Turn around for me, my handsome,” the centaur commanded, coming off his cock, but not letting it slap onto his stomach like a true gentleman. Such a thing sometimes hurt, especially when fully erect and head bulging, like Jedro was now. 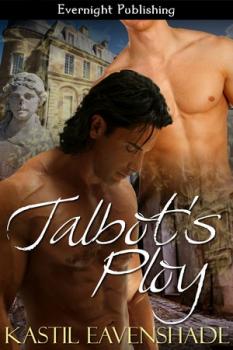