His blood runs cold. His heart is ice. Yet she ignites a fire in him he can’t ignore.

After she’s snatched from her home one night, Callie Winthrop’s world is turned upside down. Who is this mystery man who holds her fate in his hands, and just what does he plan on doing to her?

To mercenary Eric Hallows, Callie is just another job. He has demons in his closet no woman could ever accept. But chemistry sparks between them when they touch. She awakens a primal need in him.

Can passion heal their damaged hearts, or will it burn them alive? 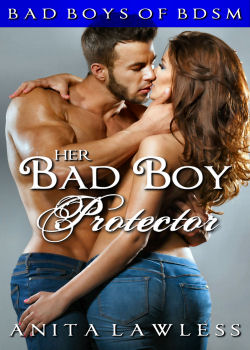 When he entered the bedroom, he found Callie sitting on the edge of the bed. Her hair was rumpled from the pillow and she’d managed to kick her boots off at some point during the night. She inhaled deeply when he drew closer.

“Hungry?” He set the food down on a dresser beside the bed and pulled up a chair.

He smirked, and he was glad she couldn’t see his amusement. After all, he had to appear intimidating, unyielding. But once that blindfold came off, he wouldn’t be able to hide his reactions, and he couldn’t keep her tied up and masked forever.

“Nope.” He shoveled some egg onto a fork and brought the food to her mouth. Watching those plump lips close around the silver cutlery nearly undid him. Even the way they moved while she chewed was sensuous. This woman would be his downfall.

“Can I at least take off my coat?” she said, after swallowing. “I’m sweating to death.”

“Later. And you’re welcome for the food.” He brought a piece of toast up to her mouth.

“It’s delicious,” she told him, after another mouthful. “Thank you.”

He took a piece of bacon and chewed on it, noticing a subtle tremor as his hand curled around his fork and dug into his eggs.

“If you untie me, I promise I won’t try anything,” Callie said.

“Right. My balls don’t believe you.”

Her lips twisted and a tiny chuckle escaped her. It made his heart do a double beat. Sonofabitch.

“I could still kick you in the balls with my hands tied. I did it out there.” She nodded in the direction of the door.

Despite his reservations, he decided she was right. “Okay, you can have your hands back, but the blindfold stays on for now.”

He moved behind her and touched her wrists. Once more that electric charge zipped through him. His cock twitched in his pants and he gritted his teeth. A curse escaped him and he quickly unfastened the rope and yanked it away from her skin. 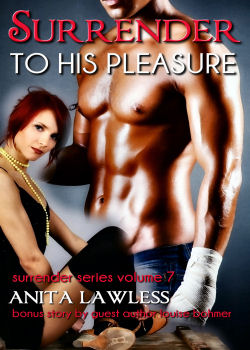 Surrender To His Pleasure (MFM)
Anita Lawless
In Shelf
$2.99 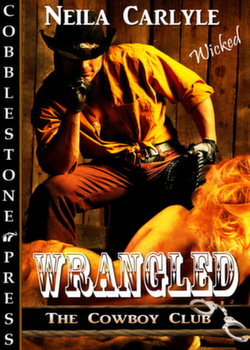 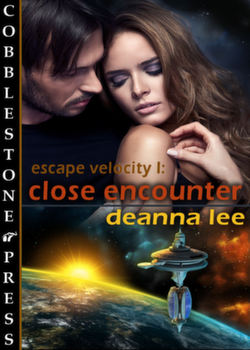