Mate of the Tyger Prince 6

After a long stint in the training camps, Prince Derrick and his best friend Kylar are finally coming home to Tygeria. Celebrating on the lawless moon Belline, the run into Drex pirates and a wild brawl ensues. When the smoke clears and the dust settles, a friendly drink with a gorgeous young man named Egan leads to more than they bargained for.

Both Kylar and Derrick wake up the next morning in the brothel upstairs, bleary-eyed, hung-over and knowing that something significant happened to each of them—they just aren't sure what it was. Running to catch their shuttle, they slip away from their wild night not knowing that the handsome and dangerous Rhaegar Barbosa, the pirate king himself, has claimed Derrick as his mate.

Teaming up to find the men who they now claim as their own, Rhaegar and Egan head to Tygeria. Rhaegar takes matters into his own hands and kidnaps Derrick, along with several members of the royal family. When threats begin to mount from all sides, Rhaegar realizes he may have to give up everything if he hopes to keep the one man he can't live without.

Mate of the Tyger Prince 6

More From Mate of the Tyger Prince 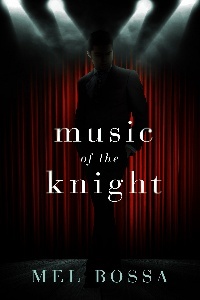 Music of the Knight (MM)
Mel Bossa
In Shelf
$4.99
Tweets by
sirenbookstrand