Jenya has spent days leading one hundred prisoners to freedom through a tunnel of her own making. She succeeds in her task and is ready to rest, but the arrival of the Sector Guard throws a wrench in her plans to fade away. Green flames pull her back into the living world and the silver eyes of a Kozue Guardsman are the first things she sees when she wakes. As Digger, she is offered a place in the Sector Guard and put through her paces with Flame and Guardian watching carefully. What possible use could her talent for burrowing through rock be to the Sector Guard?

The tunnel was pressing on her, but she couldn't stop to enjoy the sensation of blind panic that it was engendering. Jenya sent her talent forward, inch by inch, eating away at the rock and dirt of the walls of her prison.

The prisoners who had followed her into the tunnel were now her prime concern. They trusted her to deliver them from the persecution of the Lekark regime and she was going to die trying.

Teachers, doctors, musicians--there were close to one hundred who agreed to follow her if she could bore a hole through the rock.

She inched forward and drew on her inner reserves to evaporate the rock. Jenya knew that her power was failing, but she couldn't trap them in here with her. She had to give everything she had if they were to make it out alive.

Jenya shoved herself right to the edge of the stone and blasted forward with furious intensity. She rode the adrenaline and did the same shockwave of power over and over until finally, after what felt like six hours of crawling, they struck daylight.

She fell out of the hole and tumbled to the ground. Hands grabbed her and pulled her aside. The light of day blinded her and she couldn't see who had a grip on her. If it was the polizai again, she was just going to let herself die.

A voice called to her, but it was far away. In the sun, finally free of the oppression that had almost taken her life, she looked into the daylight and let her mind relax.

A face blocked the sunlight. If she was dreaming of an escort to the afterlife, this face would not be the one she would pick. Braids banded with metal swung and clashed around his face. Silver eyes in a bronze face were the only celestial markers. The rest of him was all warrior and firmly grounded to the earth.

A light slap to her face got her to focus. "What?"

"Are you all right? Can you sit up?" The man seemed angry.

She sat up and her head spun. "I am up. But if you want me to dance, you are going to have to buy me a drink."

Jenya's eyes were shielded by the scowling wall of muscle at her side. She saw the endless dispensing of the escapees from the narrow hole in the side of the rock face. "We made it."

He looked down at her and kind warmth with a touch of pride filled his gaze. "Yes, Digger, you did."

"Can I sleep now?" She sighed. It would not be a sleep she wanted to return from. She had depleted herself entirely digging them out.

He nodded absently as someone caught his attention for the emerging folk.

She scooted so that she was leaning against the wall and relaxed. Just a little rest and it would all be over.

The staging area was going nuts with the influx of ninety-four refugees and Vornan was trying to make sure that they all got the attention they needed.

Razer and Tech were in the process of attacking the totalitarian government that had taken over this minimally populated world, and the rebels that they were rescuing were already free.

"Razer, this is Flame. The majority of the rebels have been freed and are receiving medical attention." He waited for the double click that acknowledged and returned to attending the medical needs of those who had fallen out of the wall.

He went from cot to cot until finally a woman grabbed his arm. "How is Jenya?"

He checked the roster. There was no Jenya in the medical tent. "Who?"

"Jenya. She led us through the darkness. She made that tunnel as we went. It took so long." The woman's face was oddly clean. As what she had said sunk in, a chill ran through him. He looked around the room and noted that aside from some grass stains and dirt on hands and knees, their faces were clean.

"How long did you crawl through the tunnels?" He checked her vitals and the bandage on her wrist that seemed to be the most common injury.

"It was a dark forever, but I think it was somewhere between six and twelve hours."

"Was the tunnel already there?"

"No. I told you, Jenya made it as we went." She lay back and looked up at him with exhausted eyes, "Is she all right?"

He didn't answer, Helsin was on this assignment and he checked with the physician. "How long were they underground?"

"Based on pupil response and dehydration, two days. The investigations have shown that the tunnel is over six miles long."

Helsin may have said something else, but Flame was running.

She was slumped against the wall where he had left her, her body quiet and smudged with dirt. He had called her Digger as a joke, but as he searched her body for signs of life, he came to the conclusion he hadn't bothered to look for.

She had offered her life to free her people, and he had left her here to die. 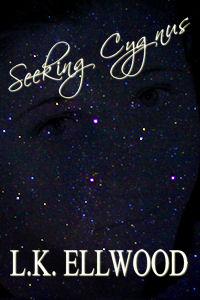 The Prince - The Second in the Fairytales for Modern Times Trilogy
Sadie Miller
In Shelf
$0.99
Tweets by
sirenbookstrand