Duff Randall wouldn't dream of breaking the law, but when conventional medicine fails to improve his father's health, Duff risks arrest by trying to score some weed. He never expected to find his would-be dealer so attractive.

As an undercover vice cop, Jim "Hick" Hickam can tell the junkies from the desperate. He doesn't know why Duff showed up on his corner, but he's definitely interested to learn more...and to get to know Duff better.

Sometimes we take chances to help those we love. Duff and Hick put their jobs and reputations on the line...will it pay off or will somebody get hurt? 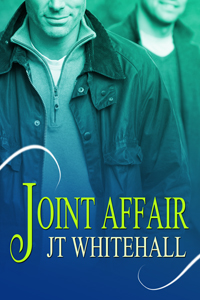 Duff waited for the other man’s reaction to the alleged code phrase and hoped he’d found the right man. Only by happenstance Duff had overheard the two stoner interns at his firm discussing with the busty office manager where they scored their weed. Of course, Duff could have asked either of them for assistance rather than risk his neck, but that would have meant exposing his intentions to his colleagues. He didn’t trust Beavis and Butthead to keep his secrets, and felt it less detrimental to his reputation to go about this endeavor himself.

Detrimental to his health...well, that was a different argument.

The would-be dealer relaxed his stance and walked farther down the wall, beckoning Duff to follow. His heart in his throat, Duff kept a slow gait past the Jif-E-Stop and rounded the next corner which put him behind the store near a Dumpster, bordering a curb lined with tall grass and discarded fast food containers and other trash.

Duff wondered for a moment if the guy would shoot him where he stood and stuff him in the giant green bin that stank of spoiled milk. Get a grip, he scolded himself. Duff saw how tightly the man’s clothing fit—no gun-shaped protrusions to be seen. Duff had been careful not to carry anything that might identify him. His class ring, phone, wallet, and watch were left on the bureau in his bedroom. He had cash and a car key, and his beat-up truck definitely wasn’t worth killing for.

The dealer pitched his smoldering cigarette to the ground and mashed it with his heel, blowing out a sharp gray plume of smoke above their heads. “Okay, what do you need?” he asked, curt and all business. Duff knew to make the buy quick—neither of them needed to dicker over this.

“Half-ounce of weed,” he said. That had to be enough for what he needed to do with it. If he made it out of here alive with police attention, no way in hell did he intend to shop at the Jif-E-Stop’s secret aisle again. His brother could figure out how to grow their own with any seeds they found.

The dealer remained expressionless, but nodded and reached behind him. “One Benji.”

Benji. Benjamin. One hundred dollars for half an ounce of marijuana. Holy crap! He didn’t think the interns at Paper Glass Interactive earned enough to maintain this expensive a habit. Duff didn’t argue, though, but slipped a hand in his front jeans pocket and pulled out a roll of twenties. He counted out five and put the rest back. Before he could hand over the money, though, the dealer got up in his face and cut off Duff’s breath.