Heat Rating: Scorching
Word Count: 20,821
1 Ratings (5.0)
Contemporary Alternative (M/M, Gay)
In Bookshelf
In Cart
In Wish List
Available formats
HTML
Mobi
PDF
ePub
Cover Art by Harris Channing
Reviews
Although Anthony lied because he didn't think he would ever see his first crush, first true love again, and he was afraid that Shane wouldn't like him if he found out who he really was. Shane was sweet, sexy, caring, took care of his brother, wanted what everyone else wants, commitment, security, unconditional love, and in the end he finally found it. They were perfect.
Ps.... love Ian, love the sister and Anthony s big Italian family....
This was fantastic and I can not wait for more

Shane McCloud removed the last box from the backseat of his 4Runner that had seen better days. Bumping the rear passenger door closed with his butt, he crossed the quiet street that ran in front of his newly rented apartment. On the sidewalk in front of the two story cinderblock building painted a pale aqua stood Shane’s younger brother, Ian, a black garbage bag filled to capacity clenched in one hand and a cell phone in the other.

“Dude,” he said. “I hope you have your phone on you because I’m starving for a pizza.”

“What’s the matter with yours?” Shane said indicating with his chin toward Ian’s phone.

“Apparently I forgot to pay the bill.” Ian shrugged, an impish grin on his boyish face that resembled his six-year-old self.

“Guess that means I’m paying for the pizza?”

“It’s your duty as a big brother to feed the little brother.”

“Ha,” Shane said through a chuckle. “Not when my little brother is nineteen and is two inches taller than me.”

“But I’m still growing and I need my strength. Plus all this moving has taken it out of me.”

They had abandoned their parents’ home that was due to go into foreclosure. After their death, Shane attempted to convince the bank that he and his brother could keep up with the mortgage payments but his attempts proved futile. In the end he was glad the bank had refused, the memories attached to the house too much to bear.

“C’mon,” Shane directed. “Let’s get this stuff inside and I’ll lend you my phone.”

Ian followed through the rusting wrought iron gate that lead to a tiled courtyard dotted with potted palms and fire engine red geraniums in need of watering. Shane paused to take it all in. It was charming in a shabby kind of way and thankfully the rent was manageable in an area that was otherwise pricey.

Perdido Key didn’t have the polish of Palm Beach or other affluent areas of waterfront Florida, but it was on the developers’ radar and Shane suspected that the typical Florida apartments and Gulf side open air bars would be a thing of the past sooner rather than later. Thanks to a friend, he got a lead on the apartment and made a cash offer paying six months in advance on that day. The lecherous landlord whose eyes roamed Shane like a well-seasoned rotisserie chicken was almost worth the short walk to the three-mile stretch of white sand beach.

“Not a bad place,” Ian commented, following Shane’s gaze. “Could use a coat or two of paint but it already feels like home. Maybe I can talk to the super, see if I can offer my services if he’d lower the rent.”

Ian stuck out his tongue. “Thanks for that nasty ass visual. It’s going to be burned in my brain for the rest of my life.”

“Just offering some brotherly advice. That guy is a scrubby douche.” Shane repositioned the box gripped in his arms. “Stay far away from him.”

Shane walked up the short flight of steps that lead to the second story landing and to his apartment. He eyed the numbers on the door in a fanciful script that appeared out of place. “Two-oh-two,” he said out loud, allowing his new address to sink in. As Shane did his best to dig out the keys from his back pocket of his shorts, the door of the neighboring apartment opened and a good-looking red-headed man with matching beard stepped out. His smile was authentic and contagious.

“Let me get that.” He scurried over to alleviate Shane of his load. “I’m Ryan,” he introduced. “Welcome.”

“Nice to meet you,” Shane returned, successfully getting his keys and opening the door that had a tendency to stick. “This is my brother, Ian.”

The smell of mold and mothballs hit Shane like a brick wall. No matter how much room fresher he sprayed it still smelled as if the elderly couple who previously lived there still were.

Ryan sniffed. “I miss the Shultzes. They were a nice couple. Missus used to bake me peanut butter cookies.” He set the box on the floor, exhaling. “They tasted horrible but it was the thought that counted, right?”

Ian visibly swallowed and dropped the garbage bag fill of clothes by his side. “Did they die?”

“Oh no,” Ryan assured him. “They moved to a new high rise on the mainland. The old dudes won the lottery. They’re set for the rest of their lives.”

Ian relaxed. “I was afraid you were going to say they were murdered in this apartment.”

Shane made a derisive noise in the back of his throat. “Forgive my brother’s overactive imagination. He’s watched too many late night crime shows and it’s obviously affected his brain.” He proffered a hand. “Shane McCloud.”

Shane looked at what Ian refused to tear his gaze from. The well-endowed dancer swatted his stuff from side to side causing Shane to wince. “That looks like it would hurt.”

Ian licked his bottom lip, his mouth ajar. “I’ll kiss it and make it better.”

“Good God, you really are in a bad way.”

“Not to share too much, but it’s been a while.”

It had been a while for Shane, too. After his parents’ death, Shane had understandably lost any interest in sex. But now, standing in the middle of so much testosterone and muscle, it appeared that he was getting it back. Shane shifted his weight from foot to foot trying to find a more favorable position for his growing cock. He took a long pull from his beer, and then another.

“You got a few bucks to give to this guy?” Ian asked. “I want to cop a feel when I shove it down his see-through thong thingy.”

Shane groaned and reached into his back pocket to pull out a dollar. “Here,” he said, handing it to Ian. “But that’s the only one he gets because we’re broke, remember?”

Shane wasn’t going to hold his breath. He mumbled, “You’d better,” but Ian was delightfully preoccupied, his hand buried down the front of the appreciative dancer’s thong.

As the night progressed, Shane and Ian had a few more rounds of drinks and took to the dance floor to rid themselves of stress and to celebrate a new chapter in their lives that had been recently sad and difficult. After stumbling off the dance floor, and leaving Ian in the arms of a hulking lumberjack type who had double-jointed hips, Shane made his way to the restroom already knowing the way. When he pushed through the door it was surprisingly empty for such a busy bar. Opting for a stall with a door instead of a urinal, he struggled with the button of his blue jeans. “Fuck,” he mumbled, tearing at the button.

Shane spun and fell into the guy who had made a generous offer earlier. “H–h–how did you get in here?” he sputtered.

“Just like you,” the handsome man said, shrugging. “I used the door.”

“You didn’t…so I took it as an invitation.”

Before Shane could protest any further, the man’s long, limber fingers unfastened Shane’s button and unzipped his pants. All Shane could do was gaze into the honey-green eyes of the man who was on his way to losing stranger status. “My name’s Roger.”

Such an unsexy name for such a hot guy.

Shane definitely was in more ways than one. He managed a nod.

“Good,” Roger said as he shoved Shane’s jeans past his ass and down his thighs. Shane’s cock sprang out and up. He released a strangled groan when Roger began to stroke his length.

“Wait,” Shane said, experiencing a moment of clarity. “Did you lock the stall door?”

“Don’t worry, we won’t get interrupted.” Roger lowered to his knees. “Now relax and don’t think of anything else but this.”

Roger encircled his lips around Shane’s throbbing cock and began to lick slowly. Shane could no longer hear the pulsing music coming from the dance floor. Instead, all he heard was the rush of blood in his ears. He leaned against the metal partition of the stall for support before his legs buckled from under him. Reaching down, Shane ran his fingers through Roger’s thick, wavy hair. He groaned again as Roger took his entire cock down to the base. He was truly impressed with Roger’s lack of a gag reflex. Over and over, Roger delivered heavenly pleasure as Shane shut his eyes and allowed the man to do whatever he wanted. Balls were fondled and Shane’s girth was stroked. And he knew he was on the edge when that flurry in his gut grew into a fully raging storm that spread over his entire body. 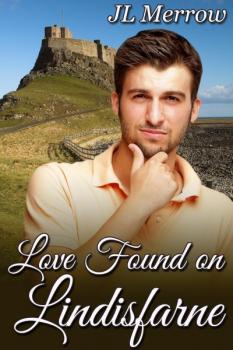