Rupert’s cat, Clawdia, snuck out into the snowstorm, and there’s no way Rupert can leave her out there. When he knocks on his neighbor’s door, he’s stunned to find out he knows him—Jude’s the guy Rupert had a crush on in high school.

With Clawdia safe and a snowstorm raging outside, Jude and Rupert will have the time to get to know each other, and maybe they won’t be as alone at Christmas as they’d thought.

Jude’s phone rang before he could get out of the truck. He already knew who it was, just like he knew he didn’t want to answer, but he had to. If he didn’t, his mother would charge up the mountain to make sure he wasn’t buried under six feet of snow, and that was the last thing he wanted. He was there to spend some time alone, no matter what his mom had to say about it.

“Hey, Mom,” he answered as he looked at the cabin he’d parked in front of.

It was small but beautiful—but then the entire mountain was beautiful. The cabin sat in the middle of the snow, a dark building against the stark white of the cold stuff. The logs that made up its exterior walls fit with the rest of the landscape. Jude’s grandfather had built it as a place to take his small family for summer vacations decades ago, and while they didn’t use it much anymore, they still owned it.

It was perfect, even under the heavy blanket of snow. The roof looked like it might cave in at any second, but Jude knew it was sturdy. He could smell damp wood under the peculiar scent of the snow, but the cabin was well insulated.

“Are you there yet?”

Jude rolled his eyes and leaned back in his seat. “Yeah. I just arrived. I haven’t even left the truck yet. You have great timing.”

She sighed heavily, and Jude knew what was coming before she even said it. “I wish you hadn’t decided to spend the holidays all alone in that cabin. I know you’re having a hard time getting over the divorce, but—”

“Mom. We already went over this. Yes, I’m still getting over the divorce. No, I don’t think spending the holidays alone will make things worse for me. I need some time to think and relax. You know how hard this year has been for me.”

“You should be with your family for Christmas, then. That’s what we’re here for. To support you through hard times.”

And they had. Jude didn’t think he’d have managed to make it through the hell of a year that had been 2018 without them, but he really did need some time alone. His parents and his siblings had been there with him every step of the way, but it was time to be on his own again. He needed to get used to it, and he knew it wasn’t going to be easy, not after spending the past twelve years of his life with Melissa—three as her boyfriend, nine as her husband.

“I’ll be okay, Mom. Really. I just need some time on my own. I’ll be better when I come back. Besides, it’s not like I'm that far. I can be there in an hour if you need me.”

Jude smiled. “You’ve already done enough.” At first, she’d taken it upon herself to talk to Melissa and see if there was a chance for them to patch up things. Jude had tried to stop her, even though he’d known he wouldn’t be able to. When she’d realized there was nothing she could do, she’d threatened to make Melissa’s life hell on earth—never in front of Melissa because no matter what, she still liked Jude’s ex. Jude still liked his ex, even though they were divorced.

“Just…make sure you call if you need anything.”

“I will, but I’ll be fine, Mom. I stopped to buy some groceries before I got to the cabin so I won’t have to leave for a few days.”

Jude looked up at the sky. “Yep. And from what I’ve seen, it’s not about to stop.”

“Yeah. But don’t worry. I’ll stay inside, read and relax. I’m not planning on going anywhere.”

“I promise.” The temptation of saying fuck it and driving back into town to spend the holidays with his family was strong, but Jude really did need some time on his own, some quiet time. His family was anything but quiet. “I have to go. I want to get everything inside before the snow starts coming down more heavily.”

“All right. I’ll call you tomorrow if I don’t hear from you.”

Jude laughed. “Of course you will.”

They hung up, and he finally got out of the truck. He looked around, trying to see if the cabins around his grandfather’s were occupied. Not a lot of people spent the holidays on the mountain, not when there were so few houses there and it was so easy to be snowed in. The lights in the cabin on the left were on, even though it wasn’t that late. That cabin was far enough away that it would take a good fifteen minutes to get there with the snow covering the ground.

Jude wasn’t there to make friends with people he’d never see again after the holidays. He grabbed the groceries from the back of the truck and went to unlock the door. He’d driven up about a month earlier to check on the cabin and make sure it was inhabitable. No one in his family spent a lot of time there. He’d expected something to be wrong, but apart from the smell of a house being closed off for too long, everything had looked fine. He’d hooked up the fridge and obtained enough wood for his stay, then he'd gone back to town. 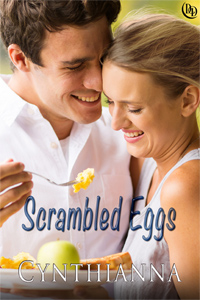 Snowed In: Jude and Cal (MM)
Jessie Pinkham
In Shelf
$2.99
Tweets by
sirenbookstrand