Nikky and Danny know they are different, and are perfectly happy being with each other. Yet, Nikky yearns to know more about his kind, for surely other werecats exist in the world. A chance encounter with a woman who could be his twin sparks a desire to research his murky past...but will Danny go along with it?

“Don’t go.” An arm followed the plea. The slender but muscular limb curled around Nikky’s middle and tugged him closer to the warm, nuzzling body beside him.

Nikky’s eyes met red ones, his own hunger mirrored back at him. At this rate, he’d never get out of bed. He needed a job, he told himself, even as Danny rocked against him, cock hard and ruby eyes pleading. Nikky slipped an arm around the lean body rubbing against his and pulled Danny close—their breath catching, then disappearing as they came together, mouths hot and hungry, bodies rocking. Danny shuddered as Nikky gripped his ass, pulling Danny’s right leg over his hip. Nikky’s finger probed the quivering bit of puckered flesh before easing into the heat of Danny’s body.

Nikky rolled them both until he was on top, sprawled between Danny’s legs, kisses growing hungrier and harder. With a shift of his hips, the head of his cock brushed his wrist as he fucked Danny with his fingers, curling them forward to stroke over Danny’s gland. Danny arched into him, a cry swallowed by their kiss. His body shook until Nikky was sure he could see tears streaking Danny’s face.

“Shh,” Nikky purred, his mouth drifting over Danny’s face. tongue rasping. He licked away the pale red, salty tears. “I’ve got you.” Then he pulled his fingers out and pushed in—Danny’s body swallowed his cock, squeezing it in tight velvet. His head falling to Danny’s shoulder, Nikky shuddered. It always felt like the first time. Always.
Danny clung to him, fingers digging into Nikky’s shoulders as his body took Nikky in deep.

A soft kiss followed, then another. When Nikky started moving, Danny was right there
with him, fingers sliding through Nikky’s hair to hold it away from their faces as Nikky made slow love to him.

“Mine,” Danny whispered on Nikky’s lips.

Nikky moaned and one hand dropped to Danny’s hip, gripping the slender body as they moved together. He could get lost in this, and had been lost for so long that it seemed like lifetimes. Danny was always ready, wanting him, no matter how many years it had been.

“Don’t stop.” Danny’s mouth moved over his lips, his nose, and brushed his cheek. “Don’t ever stop.”

“Never.” Nikky shook his head and took Danny in another kiss, their hips increasing in rhythm. Danny’s gasp went straight to Nikky’s soul, slipping through him as he coaxed his lover toward the edge. “Come for me…”

Danny cried out, body shuddering as he came, red sweetness spreading between them. 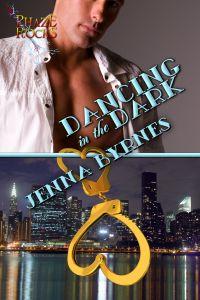