Somewhere Between Heaven and Hell (MF)

When Caitlyn O'Connor lost her fiance to the Continental Army, she didn't realize how close the British would come and infiltrate themselves into her life. But the dragoon led by the notorious Colonel William Barrington sets up camp right on her property. Politically naive, she is taught the rules of war by the dangerous colonel whose brutal tactics and questionable morals are scandalous. Now under his constant scrutiny, will she fall for his seductions or continue to embrace her father's beliefs?

William Barrington was taught at a young age never to let anyone get the best of him, so when a beautiful colonial woman catches his attention, he fights the attraction with accusing suspicions and condemning innuendos. However, he soon realizes that his biggest enemy is right under his nose and is threatening not only him, but the woman he loves.

"An active imagination and love for writing has produced my first novel. Somewhere Between Heaven and Hell is a story about behaviors that often lead to controversial circumstances. The main male character is extremely flawed, a hero who is somewhat unlikable to most who know him. He is harsh, manipulative, and an uncertain villain. Yet, there is something in his demeanor that makes you cheer him on to win the girl and catch the bad guys." ~ Lenore ~

Somewhere Between Heaven and Hell (MF)

4.5 Blue Ribbons: "Somewhere Between Heaven and Hell is a historical novel that brings the era of the war of independence of America over Britain to vivid light. Painted in strokes of mastery where the historical recounting is concerned, Ms. Esposito uses this setting as the backdrop for the war of trust and love waged between her heroine and her very flawed hero. Somewhere Between Heaven and Hell is definitely a book to recommend. Lovers of historical romance will be swept away, and readers who like an unconventional story will also be won. It isn't often that one comes across a hero with as complex a persona as William Barrington for that reason alone, this is one story you should take the time to read. Hats off to Ms. Esposito for this one." -- Zee, Romance Junkies

4 Stars: "Filled with political intrigue, deception, betrayal, and deep emotions, Somewhere Between Heaven and Hell is sure to please fans of historical romance." -- Debra Gaynor, ReviewYourBook

“Good afternoon, Miss O’Connor,” he said in his crisp accent.

“Good afternoon, Colonel Barrington. Did you have a pleasant day?” she asked innocently, all the while sweeping.

“As a matter of fact, I did. I came across a few more conspirators and managed to appropriately detain them before they did much damage.”

Not missing a beat she responded, “Oh, did you murder them, too?”

“It’s not murder when spies to the crown are allowed to roam free causing harm to the king’s subjects.”

“Did you ever think that maybe it is you who is causing the harm?”

“Do I detect colonial sympathies in your statement?” he asked just as calmly as he uncrossed his arms and walked a few steps closer to her.

Caitlyn stopped her sweeping and looked him squarely in the eyes. “If I did, would you execute me too?”

Barrington didn’t respond immediately, but closed the distance between them a little more. “Careful,” he warned.

Caitlyn could feel her heart speeding up as he stopped directly in front of her.

“I’ve cautioned you to watch your mouth,” He shifted his eyes down to her lips and back up to meet her eyes again. He picked up a dark lock of hair that lay on her shoulder and twisted it around his finger. “If you are unable to hold your tongue, I just may have to hold it for you.”

Caitlyn swallowed the lump that formed in her mouth. “And how would you do that?”

Caitlyn felt like she could barely breathe. Her eyes were locked onto his and she thought that her heart would surely beat out of her chest it was pounding so fast. She couldn’t respond. The blueness of his eyes was mesmerizing as she was totally transfixed by his gaze. As he closed the remaining inches between them, she brought her hand up to push him away, but as her hand touched his chest, it stilled. She could feel his heart beating also, and the sensation made her press her hand closer to him. He brought his other hand up to the back of her head and intertwined it through her dark hair, pulling her towards him slowly. Their lips touched briefly before both jerked their heads back. They looked into each other’s eyes for a second and Caitlyn could see that the impact shocked him as much as it did her. Before she could protest further contact, he brought his lips down on hers and thrust his tongue in her mouth. All thought left her as his tongue leisurely devoured hers. The kiss seemed like it went on forever, and when he released her and took a step away, she could do nothing but stand there.

“That, my dear, is what happens when a beautiful woman baits me,” he said as he turned and walked into the house.

The anguish was evident on his face. Caitlyn almost felt like reaching out to him but held back. She watched him struggle with his emotions and she wasn’t sure if he’d lash out or burst into tears. That’s when she saw the door. He had never completely closed it and it stood slightly ajar.

“When did it happen?” he finally managed to say.

“This morning. I got here as fast as I could.”

Caitlyn had cautiously crept towards the door as they spoke, not wanting to pull attention to herself, she stopped every few feet checking to see if he noticed her movements.

“Oh, God!” he said putting is head in his hands.

Taking it as her cue, she bolted out the door and ran down the hill ignoring the calling of her name. As she neared the oak tree, she stumbled on an exposed root, falling flat on her face. Crying out, she attempted to get back on her feet but was not quick enough before Richard reached her. Roughly yanking her up by her arms, he pulled her to the oak tree. Holding the back of her head, he forced her to look at their initials carved by them so long ago.

“Why don’t you remember us? Why can’t you see the disease that he is spreading?”

He tightened his grip on her head pushing it closer to the tree. Caitlyn placed her hands up with opposing force so that she wouldn’t get her face smashed. The creek sounded loud to her ears and it took a minute for her to realize that what she thought was water running over rocks was really the galloping of hooves. From her pinned position, she saw them suddenly surrounded by the green uniforms of the dragoon. A few sobs escaped from her lips and she tried to still them when she heard his voice from behind her.

“Get your hands off of my wife.”

It was said clearly and with deadly force, his crisp accent accentuating each word. She felt the pressure abruptly off her head as two soldiers stepped forward, wrenching his grasp of her away. She sobbed again looking over at him with sadness.

The order was said with the same amount of authority as the other and Caitlyn continued to stare at Richard.

She slowly shook her head walking backwards until she finally turned to look at her husband who was off his horse only a few inches away. A cloud descended over his face as he took in her bruised cheek, tenderly touching it with two fingers. It was all the prompting she needed before launching herself into his arms, wrapping them tightly around his neck. His left arm possessively held her about the waist and she could feel him move his right arm upwards away from her. She knew without looking what he was holding. 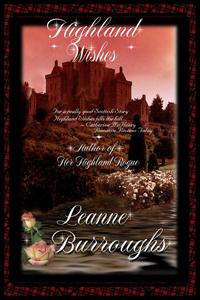 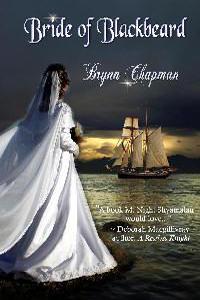 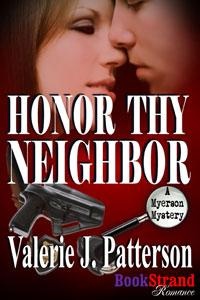 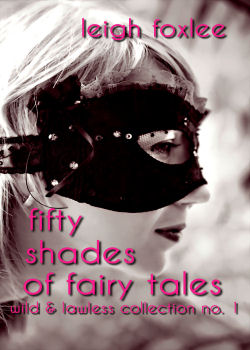 Beauty and the Vet (MF)
Kitt Cassidy
In Shelf
$3.50
Tweets by
sirenbookstrand