Melanie is a Giver Goddess who likes to please. When she receives a mysterious message from the “Earth Monitors” she is given a chance to not just please, but to satisfy the unfulfilled sexual needs of Hungry Souls trapped in the afterlife. Once sated, these souls can finally move on to a higher level of consciousness. Melanie is about to learn that for mortals like her, Giving is truly a higher calling. 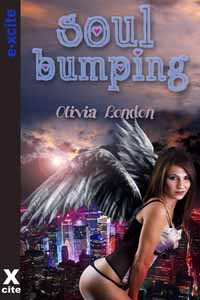 There was the purple ray of light just as promised, glowing and insistent. She looked around her room, opened her walk-in closet and tossed some clothes on the bed. What did one wear to a celestial floe?

The beeping grew louder, the light now emitting a gravitational pull. Mel sighed and slipped into her favourite pair of jeans and high heels. She pulled on a V-neck sweater that was just soft enough to be sexy. She even daubed the backs of her earlobes with expensive perfume though she doubted there was much to smell in the afterlife. Melanie had never been much of a picara until now. With nothing to look forward to but her job day in, day out, she was decidedly in need of adventure. There was no turning back. She stepped into the light and welcomed the floe.

Melanie’s first Hungry Soul was a man she judged to be in his late 40s.

‘How’d you know what I was thinking?’

The HS arched his brows and gave his visitor a look which said where do you think you are, anyway? He pulled up a stool and motioned for her to sit down.

Melanie’s hands flew to her cheeks in mock horror. ‘Holy moly! Heaven is a bar?’

Her seatmate chuckled. ‘There is no Heaven or Hell. Just lots of time to contemplate all the mistakes you made when you were alive. What I need is a Soul Bumper to grant me one wish so I can make that giant leap to the CI – you know, the Celestial Islands. That’s where you get to experience your life the way it was meant to be lived. See, I never had much time for learning before I made my transition. Dad left when I was four. Had to drop out of college to help support my mom and somehow, I never made it back. Became a construction worker because the pay’s good, but at the end of the shift all you want to do is drink with your buddies, not sit on a couch with a book. Now all I want to do is go to libraries and read. They got a few bookstores on the floe here but the pickings are slim. If a Soul Bumper would be kind enough to grant me one particular wish, I can move on to those beautiful islands in the sky, become the erudite gent I’ve always longed to be.’

Melanie nodded, trying to comprehend. ‘And what might that one wish be?’

‘First, let me buy you a drink.’ The Hungry Soul hopped round the bar and returned with two glasses of sparkling liquids.

Melanie held up her glass, squinting at its coruscating prisms. ‘Are these diamonds?’

‘Nah, no use for those here. They’re nuggets of hope.’

They touched glasses and simultaneously wassailed each other.

‘Mmm. This is delicious!’

When Melanie finished her drink, she was more aroused than she’d ever been in her life. But then, she was horny before she even stepped into the light. And here she was next to a handsome man with wavy salt and pepper hair and rugged good looks. He had obviously spent a lot of time outdoors when Earthbound. His skin was an amalgam of bronze and gold and his square jaw was smooth, the emollient effect of a recent shave making the dead man’s face imminently kissable. Everything about this Hungry Soul radiated health; Mel had to remember where she was and what she was there for.

‘Casey. Casey McGee. And I know who you are, Melanie. The Earth Monitors told me all about you. For example, I am aware of the fact you haven’t had sex in two years and I know how much you used to enjoy sex with your boyfriend, Rick. So, I’m hoping my request won’t come as too much of a shock. Afterward, you’ll have the satisfaction of knowing you bumped a soul to higher ground where he can really and truly live for a change. It takes a very giving type of person to be a Soul Bumper. You wouldn’t be here if the Earth Monitors hadn’t picked up on your Giver Goddess potential.’

Melanie cleared her throat. ‘You still haven’t told me what it is I can do for you.’

McGee caressed her shoulder and a coil of want looped past her belly, splintering to her groin. She twisted in her seat and adjusted a bra strap. She didn’t have to touch her mound to know how wet it was. The crotch of her panties was a strip of film it didn’t take a loupe to see was disappearing into the fluids of her sex.

‘Well, my last girlfriend and I were together a long time, seven years. Seven years with the same dame is an eternity for a guy like me. Cindy never would let me take her from behind; that’s the thing I missed out on when I was alive and that’s what I need to evolve.’ 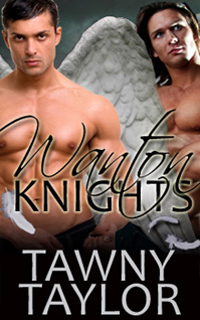 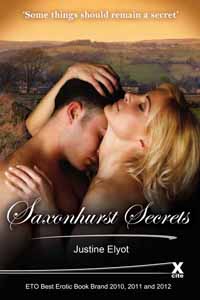