When Darren received the Dear John from his fiancée while serving a tour in the Middle East, it was just one more blow to his battered soul. Then Katie, the sweet younger sister of his best buddy, starts writing to him, sending him care packages, taking time to listen when he needed to vent about his damaged love life and the horrors he lived with daily in the middle of a war. The biggest surprise of all, though, was when he returns home on leave.

Love at first sight? Or finally seeing the love standing right before him.

The flight attendant came over the speaker, asking everyone to remain seated until the Fasten Seatbelt sign was turned off. And then she added, “We’d like to welcome home Seattle’s own Sergeant Darren Blankenship, US Marine Corps Purple Heart recipient, and Captain Pamela Bloomburg, US Army Reserves. We all thank you for your service.”

A cheer went up throughout the plane, and Darren smiled and nodded his thanks. He wasn’t exactly inconspicuous in his camo utility uniform, and he’d exchanged a few words with the pretty captain while they’d waited for the plane in Atlanta. She sat a few rows behind him.

He couldn’t get used to the attention, but he hadn’t had a chance to change out of his uniform. He was exhausted, and the pats on the back, the handshakes, the “thank you for your service” comments wore on him even more. He just did his job. And it was almost done. Two weeks leave, then two months to finish out his stretch, and he could come home for good. Three tours to the Middle East in the last eight years was enough. Time to get out before he couldn’t. Before something bigger than a little shrapnel to his side took him out. Darren believed in luck, and he also believed one person only got so much. He was fairly sure he’d used his up in the desert.

Like the Red Sea, the passengers parted to let him and Captain Bloomburg through and off the plane first. Once in the breezeway, Bloomburg chuckled. “You’d think we at least deserved first class seats.”

Darren snorted. “That would cost money.”

“You got family meeting you?” she asked as they entered the terminal.

“My brother. You?” Darren made sure to paste on a smile and nod politely at the comments from people waiting nearby to board the plane they’d just vacated. They both stopped to receive a few handshakes. It did please him that returning soldiers were treated well by the general public, and it did lift his spirits; he just wished he could enjoy it. His heart hurt too much, though. He’d lost so many buddies over there. He’d lost the one person here who should be waiting for him.

“Yeah, my mom and dad will be down in the baggage area. God, I need a drink,” she said as they passed a restaurant and she glanced longingly at the long bar inside.

Any other time, he would have offered to stop and buy her a drink, but Joe would be waiting, and his brother was eager to see him. They’d spoken that morning on the phone when Darren had a layover in Atlanta. So he kept his mouth shut, told himself Joe would have some cold brews in the fridge, and kept walking, canvas bag slung over his shoulder. “How long you been away?”

“Damn. I’m just over a year, and it feels like an eternity.” They stepped onto the escalator going down to baggage.

He shook his head when she turned and looked up at him. “Nope. Last tour. Three’s enough. I’m discharged in a couple of months and will spend that time in some time-wasting job at Twentynine Palms.”

She laughed. “Just what you want, more desert.”

He chuckled. “I can do two months in an American desert with no problem whatsoever.”

“There he is!” came his brother’s voice.

As the escalator descended to the bottom floor, he glanced at the sea of people waiting near the luggage carousel, his brother out front, standing next to Fred Jensen, Darren’s best buddy from high school who’d joined up at the same time he had. “Oh, fuck,” he said under his breath. “They brought the whole neighborhood.”

“Pammy!” was called from the other direction.

They parted ways, each heading for their own group, and Darren thought he should have stopped for that beer with the captain.

Joe grabbed Darren in a hard, brotherly hug as the rest of the family gathered around him. “Welcome home, Dar.” His brother’s voice was a little wobbly, but Darren kept his own emotions in check. It was so good to be home and in one piece. He sure as hell needed to decompress. This had been a bad tour. Really bad.

Then came the hugs from Joe’s wife, Suzie, and little Darla, his three-year-old niece.

“Good,” he answered, slapping his friend’s back.

Fred had only made it three weeks into his first tour when his Humvee ran over an IED. Four had died. Fred was lucky to have only lost his left leg below the knee. That hadn’t slowed Fred down though. He’d come home, made it through his rehab in a flash, got a newfangled prosthetic leg, and hit the books for his contractor’s license. Even in this shitty economy, Fred was making a killing and wanted Darren to join him in the business as soon as he got out.

The last person to greet him caught him off guard, though he supposed it shouldn’t have. Katie Jensen, Fred’s little sister. He smiled at her and leaned down to hug her, picked her up, and squeezed. “Hey there, shortcake.” He doubted she topped five feet, but she was stacked, all boobs and hips and long, curly blonde hair. She’d been there for him through emails and letters and care packages that had kept him going these last nine months of hell.

After Tiffany sent him the letter breaking off their engagement, he started getting emails from Katie filled with encouragement and caring. Tiff was Katie’s best friend. He’d met Tiff at Katie’s house six years ago when he was home on leave over the holidays.

“So glad you’re home,” she whispered in his ear as she hugged him around the neck. “I missed you.”

A warm little tingle shot through him at her soft voice, the warmth of her breath against his earlobe. He set her on her feet and chucked her chin with his finger. “Thanks. Good to be home.”

Her big, baby blue eyes sparkled, and heat rushed through him as his gaze dropped to her full, pink lips coated with something glossy and sexy.

Shit. What the hell? She was his best buddy’s little sister. He so couldn’t have warm tingles where she was concerned. She’d just become a very good friend, a female he’d shared some secrets with through their emails and letters.

Suzie laughed while she jiggled little Darla on her hip. “All taken care of. We’ve got a pony keg of your favorite, and Joe will light the grill as soon as we get home. We’ve invited a few people over.”

Darren groaned. “After the beer and burger, I really just want to sleep for about thirty-six hours.”

Suzie grinned at him. “I’m sure you will, but everyone wanted to see you.”

He turned and grabbed his duffle as it went by. His and Joe’s parents were dead, but Fred’s weren’t, and he was sure they’d be there. Growing up, he and Fred had been inseparable. He didn’t want to venture into thinking who else might show up. 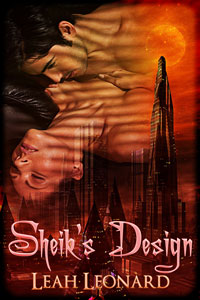 Risking It All
Anna Leigh Keaton
In Shelf
$4.99 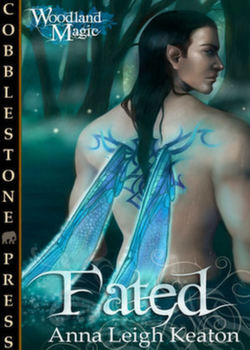