Julie has a stalker. What’s worse? Everyone in her sleepy town thinks she’s the threat. Not to anyone’s life, to the video shoot bringing big bucks into town. After the mayor asks her to leave, Julie retreats to a secluded cabin. Trouble, however, follows her.

When his production company arrives in Jove, Match isn’t prepared for Julie James. His attraction takes on a new dimension when he discovers she's a magical healer, and he needs a miracle to save his baby brother’s life. 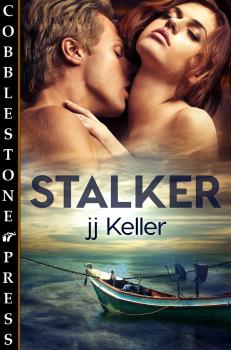 Except for the click of the heating element, there was only silence.

Julie bit her lip and glanced out the street-side window of Holistic Healing Plus. Shivers skimmed across her arms. He could be out there right now. Waiting. Watching.

Would tonight be the night he finally attacked?

She should have left when people were still walking along the boulevard. Thanks to her former assistant’s despicable actions, she did the work of two. She perused the patient list for tomorrow. Only two clients on the book.

Working as quickly as possible, she prepared for their treatments. She arranged smooth, palm-sized stones inside a warmer in a sunflower pattern. Next, using a mortar and pestle, she crushed lavender and silver king. Their combined camphor and pungent sage teased her senses.

She stuffed a small white pillowcase with the herbal blend, the mixture perfect for the sleep disorder client. She rolled white cotton towels and arranged a variety of therapeutic essential oils on a worktable next to her.

Finished, she picked up the plastic travel aquarium from her stainless steel desk and peered into the clear bag. “All set.”

The goldfish splashed around happily.

“Off we go, Finn. But no more show-and-tell, okay?” She’d promised Belinda to cure the ick so he could go home to her.

Holding the bag in one hand, Julie turned off the lights, made sure her office deadbolts were secure and then exited the back of the brick building. The metal security door dragged and growled against the buckled concrete stoop. On the street a few feet away, shadows shrouded her truck. The street lamp had been broken by vandals three days ago, which set an eerie scene. If only she could have gotten a closer parking spot.

Pea gravel crunched underfoot—not hers. She searched the dim edges of the alley. Although no one was in sight, the nauseating feeling of being watched incited her into action.

She limped toward her truck as fast as she could manage and clicked on the key fob. The light inside of her vehicle turned on. Her stomach churned, and she glanced back over her shoulder. The building door remained closed. No hulking brute appeared in the sparsely lit alley.

Her leg muscles tightened and burned. She inhaled the cool night air and calculated the distance to safety. Just a few more steps. She punched the fob a second time, and the door lock clicked.

A clank of metal against metal from her left made her turn. She snuck a peek at the dumpster beside her but kept her pace. Finn sloshed in his bag, so she tucked him close to her chest.

Match checked the notes on his cellphone as he turned the corner. Pinpointing the perfect background for a nighttime shot frustrated him. Although a picturesque setting, with a quaint healing office on one side of the alley and an herbal store on the other, the location might be too small to fit the musicians, their instruments and all the filming gear. The band would need sixty-four cubic feet, the equipment another thirty-two. Plus, the alley was a bit too dark and would require an extra set of background lights.

He pulled up the list of possible locations Luke, his business partner, had sent. Focused on scrolling through the list, he missed a step and fell forward. He bumped into something soft—no, someone. He glanced up, an apology on his lips.

A young woman stared back at him. Her luscious pink mouth was set in a soft “O”. She inhaled deeply, and feminine whimpers escaped. Fair skin complimented round, fear-filled eyes.

Christ, he’d scared her. “I’m sorry. I wasn’t looking where I was going. Did I hurt you?”

Lukewarm liquid rushed along his leg. What the fuck? He glanced down. A stream of water gushed from a hole in the clear bag she gripped tightly.

“Damn, Finn’s pouch broke.” She tugged the container higher and squeezed one side. Drips of water slid along the edge. A fish with gold scales and big protruding eyes stared at him. Finn, he assumed.

A clanking sound came from the trash bins. He peered over her head in the direction of the noise, and she pivoted too. With short, sharp breaths, she stared into the alley. The fish sloshed in his bag. The woman’s hands trembled.

What had her so unnerved? Had to be more than the sound.

Match glanced behind her again, just for a second. “Let me help you. Where’re you going?”

She took an awkward step backward. “Who are you?”

“Match. Have you been hurt? Do you want me to call anyone?” He held out his cellphone.

“No. I need to go.” She rushed forward, her right leg dragging a bit behind her. The limp was barely noticeable, but as a film director, he spotted aberrations. Identifying and addressing variables to create a perfect production, it was an everyday habit.

“Maybe it’s best if I walk with you.” He shoved his phone into the pocket of his linen jacket and followed her. “Again, I’m sorry for frightening you. Are you parked nearby?” He glanced along the street. The security light was broken. Only a black, late-model truck sat nearby.

She grabbed hold of the handle and yanked the truck door open. The interior lights came on, highlighting her pale, heart-shaped face. She dropped Finn’s bag into the cup holder and, in an awkward manner, climbed behind the steering wheel. Had she just been injured?

“Miss, there seems to be a note under your wiper blade.”

She banged her head against the seatbelt strap as she glanced at him. Her eyes were glassy. He didn’t deal well with tears. Had she seen something or someone in the alley he hadn’t?

He snagged the slip of paper and handed it to her. Auburn curls fell from a bun and curved around her pale cheeks.

“Someone’s in the alley.” She bit her lip and nodded toward the bin.

A calico cat bolted from behind a tin container.

“Just a cat,” he replied, trying to make her relax. She was so tightly wound he couldn’t help but question what she’d been doing in the alley. “I didn’t get your name.”

She exhaled, and her shoulders visibly slumped. “Thank you.” She tugged the door shut, nearly catching his leg with the edge.

Match stepped back and waited for her to drive away. She intrigued him. Most people would be afraid to be alone in a dark side street, but this attractive woman seemed positively terrified.

The door locks clicked, and she pulled onto the street and sped into the far lane, her tires squealing.

And it wasn’t his.

Match glanced to his right. A short, slender person wearing a black hoodie disappeared into the shadows in front of the herbal store. The hair on the back of Match’s neck stood up. He took a quick look along the street to make sure the woman had gotten away.

He walked to the herbal store. Security lights were visible inside the shop. He stepped into the alcove and looked through the door window. Dried plants hung on racks dangling by chains from the ceiling. Clear bottles lined shelves. Jellies, hand creams and other liquids were stacked in containers on a round table.