Tell Me, Touch Me, Feel Me

Luther Lexington has no clue why his brother John sent for him, but he doesn't question it. What he doesn't expect to find is a mocha beauty in the guise of security personnel. She throws her fists first and asks questions later. Tanya Babineaux did what she was supposed to do as a Club Lexx security guard—make trespassers leave by any means necessary. How was she to know Luther was the owner's little brother.

As things heat up, Tanya tries to keep her distance. She harbors a secret, and if Luther doesn't stop chasing her…she could lose everything.

Tell Me, Touch Me, Feel Me

After making sure all the lights were on, she took a good look at Luther. He'd removed his shoes and was stretching in the middle of the ring. With his chest bared she saw every ripple his muscles made. Cream filled her panties. Right now he's the enemy, idiot. Stop letting him distract you. Tanya berated herself while trotting back to the ring. She climbed up and stared at him for a moment before crawling under the ropes.

“Of you? Phhhfffttt.” She blew a raspberry at him.

“Remember you agreed to this so don't get mad at me when I win.”

“Bring it on.” Tanya raised her and crooked her fingers.

Luther didn't hesitate. Grabbing her around the waist he went straight for her body. Scrambling, Tanya gripped his forearms while pushing back against his chest to loosen his hold then she dropped, slipping from his grasp. Tanya rolled between his legs and came up behind him. Kicking at the back of his knee he went down. Turning over before she could jump on his back he came up quickly to face her.

“I'm pretty sure that is an illegal move.” He limped back and forth.

“You didn't say we were playing by rules. I'll have to remember that.” Tanya wiped a hand down her face, hiding her smile.

“No, rules aren't necessary. Glad to know where we stand.” His eyes narrowed as he studied her.

They circled each other a few circuits around the ring. He tackled her legs, taking her down. They hit the mat with a thump. Pulling one leg from his grasp she twisted her body and tried to crawl from beneath him. Luther let go of her other leg and wrapped his hands around her waist to pull her back. He fell down on her body. She lay under his body, breathing hard and listening to his breath saw in and out of his lungs.

“You give?” His words came in short pants.

“Not even, you have to pin my shoulders.” Bucking, she got enough room between their bodies to slither free. He grabbed her ankle and flipped her, tugging her back toward him. Bringing her knees to her chest before he could fall on top of her, she heaved him up and off her. He didn't move far, hustling to climb back on top of her. Tanya crab-walked to the side, eluded his grasp and rolled up onto her feet. Luther grabbed her shorts and pulled them down around her knees. Kicking her legs she shed her shorts and did a couple of hops to evade him. She looked down her body, and pursed her lips. Holding out her hand, she waited for him to throw her the clothing.

“No rules, remember?” Luther brought the crotch of her shorts to his nose. “Damn, you smell good.”

“We did that already but I'd love to do it again.” He swung the material on his index finger.

She made a grab for it and missed. He swung her around and pushed her against the ropes. Covering her with his body, Luther lowered his head and pressed his lips against hers, hard. Her mouth opened under his assault. His tongue swept into her mouth, brushing pass her teeth, and tangled with hers. Her hands crept up his arms over his sweat-dampened skin and locked around his neck. He groaned into her mouth when her hands tousled his hair.

Luther lifted his head, looked her in the eye and flipped her around. Kissing the back of her neck and down her spine he pushed her over the top rope, bending her at the waist.

Slipping his fingers into the elastic of her panties, he tugged. The fabric gave way and his fingers dug into the soft cheek of her ass as he kept her from flipping over onto the floor below.

“I want you,” he whispered as he dropped minute kisses along her shoulder blades.

“You can have me if you pin me.” She slipped out of his grasp, naked except for her bra. She stared at the length of his cock straining against his jeans. Meeting his stare, she arched a brow.

“I'm motivated, what can I say.” He shrugged.

Tanya couldn't suppress the laughter that bubbled up from her chest. “Come and get me, big boy.” She braced her feet in anticipation of his next move.

Luther charged for her, reminding her of a bull on the run. She held her ground, waiting to the last possible second. When he was within range, she gripped his bicep, and jumped off her toes. Wheeling around, she threw herself across his body, dropping him where he stood. The mat shook under their combined weight. Her breast pressed flat on his chest, she took two deep breaths before rising and shifting to crouch over him. With her arms straight and hands pushed against his shoulders, she leaned forward. 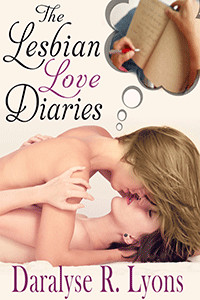 Pleasing More Than One Billionaire (MFMM)
Kalissa Alexander
In Shelf
$4.50
Tweets by
sirenbookstrand