When Cera had given up all hope and found solace in some old Christmas treasures left in a dead friend’s tote, she read the stories and laughed as the bright round balls floated on her damaged ship. Her food was gone, she had very little water and she knew that there was no chance for someone to hear her signal in time.

This was the life she had signed up for as an explorer and she had very little regrets except perhaps of no family, no handsome mate waiting for her return and no small children on a home in a safe place. So in this dark deserted edge of space, she hugged the story of a nutcracker prince and lay dying. 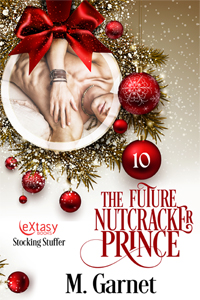 Cera was dying. Her broken ship was drifting in space too far from anything that might receive her distress signal. Her two long time companions were already dead, killed by the explosion that had caused the damage to the small metal box that she had called home for over too many years.

Cera knew she was out of luck and she wasn’t surprised. How many times, as she had crossed the dark deep of space, had she pushed the edge to explore and find that special treasure? Cera was part of a three-man team that was licensed to retrieve items. They were not police or Space Corps Cops. They didn’t arrest anyone, as their job was not to do anything but to obtain any item that was not in the hands of its registered owner. Simply put, they were treasure hunters.

They didn’t make enough credits retrieving items, so they had to fill the cargo hold with material that they contracted to move from one location to another. It was not near as exciting or colorful as retrieving, but it was steady and paid on a regular basis.

Captain Tikki and Tiny–the ship’s mechanic–and Cera had found just enough treasure to keep them afloat, but never that big one that would put them on top with extra credits in their pockets. This trip they had gone out further into an area with deserted debris. It was an area with Prohibited written on all the charts.

They had heard there was a full ship that had been abandoned out here and its cargo had never been claimed. Myths of this type floated in the bars of every service space station, and all treasure hunters still chased after them. Cera and her friends were no different as they had loaded up and headed into the distant dark.

They made this run because they had unloaded cargo at a location that didn’t have any items to export. This was frustrating as they needed to look for another place to pick up another load. Better, the Captain looked for retrieval items on the gossip boards.

She had been back in the small cargo hold when the explosion instantly killed her longtime friends. The cargo hold was large compared to the rest of the ship. It took up over half the space of the size with another large portion of the ship taken up by the engines and the air scrubbers.

It only took her a few hours of fighting through the bulkheads to realize that maybe her friends had been the lucky ones. They had died instantly, and it looked like she was going to die a slow and painful death.

The gravity was gone, the air was what was in the cargo hold, two small tanks, and the kitchen area was twisted behind the sealed bulkhead that had closed at the first sign of damage, for safety.

Pulling herself to a locker, Cera had put on gravity boots then went to a console to access the damage. Standing locked in place with the boots she realized that she was in real trouble when even this general station would not come on line. There were still some red lights on, but she needed real illumination.

Stomping back to the lockers she pulled out a couple of lights and put one in a pocket, she turned on the big one that was a perma-light. The facts were that she was stuck in the cargo hold of a drifting ship with no food or water and limited air.

She let her body rock back and forth in zero gravity, held in place by the heavy boots. She flashed her bright light around, wondering if there was anything that might give her a little extra time for the distress signal to reach possible help.

The light flashed across the empty floor where they had often stored items they delivered. Crates and cartons would be strapped down, secured in place as the ship moved. At this time the metal floor was clean and smooth.

All three crewmembers had everything they owned within the dust free composites stacked against the one wall. Each had the marker indicating Tiny’s, the Captain’s, or Cera’s storage containers.

Cera hated the idea of invading the privacy of her crewmates, but she needed to see if there was anything in the totes that might help her. After all their years together, traveling in tight quarters, she did not know much about her partners. It was the way of life for people who didn’t want to pry into each other’s lives.

Beginning at the top, after slipping her feet from her boots, she held onto ropes and metal rings that were part of the interior of the sides of the walls and curved ceiling of the cargo area. Using her feet she pushed the gravity locked containers, watching them drop to the metal floor.

She needed to go through her friend’s containers, hating to peer into their personal items, but hoping to find water bottles or wrapped food. Pulling herself back down, she swung her body around and put her feet into the boots. She went to the first container, opening it slowly and securing a net across to prevent items from floating. It was full of old clothing.

Hours later she had found some good items. She found six air bottles used for underwater diving. Captain Tikki had a special hobby, and another truck was full of underwater clothes. These bottles were very small, but under modern techniques, they held a good amount of CO2.

Tying these bottles in a net, Cera hung them on a hook for easy use with a mouthpiece. She found a couple of boxes of old crackers, but chose not to eat them, as without water they would only help dry her out faster. 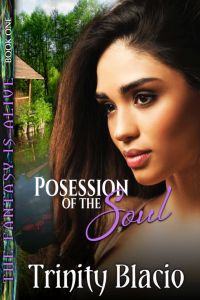