Elizabeth Winters is under attack. Her assailant is among the undead, a vampire: the most feared and reviled of Earth's legendary creatures.

Intent on coming to her rescue is Samuel Woods, the leader of his people and Elizabeth's one true mate. She is the Protector's destiny. Together they stand between the undead and the enslavement of all mankind.

They are members of the Loup-garou, modern-day werewolves, destined to protect humanity from vampires, while roaming the world in search of their other half. From the mountains of Upstate New York, to the Saskatchewan region of Canada, Sam and Elizabeth find themselves battling not only the undead, but traitors from within. 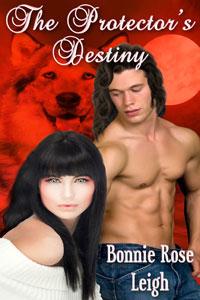 Sam woke up disoriented for a moment. When he focused, he felt renewed energy and knew he'd heal fast now. Vaguely, he remembered Beth's body next to him. Reaching across the mattress, he found himself alone. Chagrin followed his disappointment telling him how selfish he had been wanting her with him every minute, every second. She deserved time to herself.

A movement across the room drew his attention. The door to the small bathroom stood open. He watched her as she leisurely rubbed lotion across her thighs, down her smooth legs, even between her tiny toes. God, she's so incredibly sexy. The sight aroused Sam's entire body from the hairs at his nape to the throbbing erection stirring against his now too tight boxers.

The heat of desire consumed him. How long could he get away with watching her before she felt his eyes burning over her? Searing her with his barely controlled passion. How long before...

Oh, Jesus. Her fingers trailed across the mounds of her breasts that overflowed her black lace bra. Lower and lower her fingers drifted, caressing the skin he wanted so much to feel for himself. Her hand trailed across her tummy before smoothing over her bellybutton. He imagined his tongue making that same journey--caressing her heated body, dipping into her navel, swirling and sliding along her skin, drifting lower and lower.

Elizabeth's fingers stilled their sensual movements. He must have made a sound because she jerked her head up, searched the darkness for the source of the disturbance. Sam held his breath, afraid to move. If this was a dream, he didn't want to wake. If not, he didn't want to break the spell she innocently wove.

His leg throbbed and burned. His body felt weak and heavy, yet a single glimpse of her satiny skin in the dim bathroom light had turned him hard as stone. He might as well let her know he was awake. He didn't want her to worry about the possibility of someone, a stranger, watching her. "Elizabeth?" 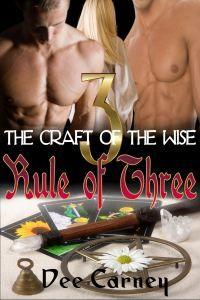