Trish Marcos is an insecure art student who inadvertently finds herself volunteering to pose nude for an entire class to sketch. In a panic, she turns to last person she would have expected—her new neighbor, Damien. He is stunning, sexy, and confident. He helps Trish overcome her insecurities and shows her how to unleash her inner animal. 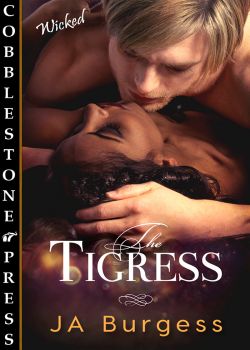 “My fourth year class on Monday is supposed to be sketching the female form,” Mr. Thompson continued. “And I forgot to post a sign-up sheet. So I need a volunteer to model for them.”

My eyebrows drew together in confusion. Was he asking what I thought he was asking?

“Mr. Thompson,” Kaylee said, raising her hand. “When you say ‘the female form,’ you mean…”

“I mean in the nude, Miss Hawkins.”

There were snickers from around the classroom.

“You need a nude model?” Dana asked. “Are you even allowed to ask us that?”

Mr. Thompson let out a heavy sigh, like he’d heard the question before.

“This is a highly prestigious, private institution where the artistically minded come together to expand their skills and meet other artistically minded individuals. Yes, ordinarily the sign-up for this is posted online a little more tactfully, but nude modelling is not a rare thing here, and I would expect mature, artistically minded students to be grown-ups about this. That being said, the session is always supervised by HR, and you will be required to sign the necessary legal forms.”

The class went quiet as everyone looked at their neighbor to see if someone was going to volunteer. Kaylee was whispering in Siena’s ear, and whatever she was saying made Siena smirk. She probably was going to volunteer herself. I could see it now: Kaylee, posed before a room of people, her perfect body being admired by all. It would be the talk of the campus for months. A wave of anger washed over me.

I’d show her who was a prude.

“I’ll do it, Mr. Thompson,” I said, putting my hand up. I felt every head in the room turn towards me. Dana’s eyes looked like they were going to burst out of her head. Kaylee’s jaw fell down to her Barbie doll tits. Jesus Christ, what had I just done?

I nodded. My mind felt numb.

Mr. Thompson dismissed the class and I hurried into the hall. Dana caught up to me, still shoving her sketchpad into her backpack.

“Are you for real?” she asked. I just kept walking, my mind buzzing. “Trish, talk to me, honey.”

“Hey, Trisha!” one of the guys from class hollered at me from across the hall. “Maybe Mr. Thompson will let me sit in on his Monday class. I always like to see a little dark meat!”

There were a few whistles and cat calls from other guys in the class. People in the hall looked at each other in confusion.

“Go fuck yourself, Josh!” Dana yelled back at him. I put my head down and practically ran down the hall and out into the blistering summer heat. I didn’t stop until I reached my car. I sighed and ran my hands through my dark, wavy hair. What the hell was I doing? There was no way I’d be able to stand naked in front of a roomful of people. What if they mocked me or laughed at me? Worst of all, what if they found the sight of my nude body disgusting?

“Josh is a fucking pig,” Dana said, finally catching up to me.

“Why do white guys seem to think that calling black girls ‘dark meat’ is a good idea?” I asked, looking at my reflection in the driver’s side window. People told me I was pretty, but I didn’t see it. I was short, for one, and my shoulder-length hair was impossible to tame properly. I had wide, expressive eyes that my dad had once told me made me look like a Disney character. I had a slender frame, built more like an athlete than a model. It didn’t help that I was the only black girl at Silver Creek Art College—attending on a scholarship no less—when every other student was rich, white, and attending on mommy and daddy’s dime.

“Let me apologize for all the males of my race,” Dana said with a little mock bow.

“I wasn’t aware you were their spokesperson,” I replied. I turned around and leaned against the car door, folding my arms across my chest. We were silent for a few minutes, Dana leaning against the car next to me.

“I don’t think I can do this,” I said eventually.

“Then why did you volunteer?” Dana asked.

“I let Kaylee get under my skin,” I sighed. “She and Siena are always doing exciting stuff and putting themselves out there. I guess I just wanted to do something like that. I don’t want to be a prude anymore.”

“And you thought getting full-on naked in front of a bunch of strangers would be the correct approach?” Dana asked. I buried my head in my hands.

“Let’s go to Mr. Thompson’s office,” Dana suggested. “He’ll be there until five. I’m sure you can explain that you’ve changed your mind.”

I shook my head. “I don’t want to get on his bad side. And who knows,” I said softly. “Maybe this will be good for me.”