Heat Rating: Sextreme
Word Count: 53,754
2 Ratings (4.5)
Contemporary Western/Cowboys
In Bookshelf
In Cart
In Wish List
Available formats
ePub
HTML
PDF
Mobi
Cover Art by Harris Channing
Reviews
A great story with wonderful characters
Jlg29
This is a new author for me and I have to say I really enjoyed the book. It was fast paced and flowed nicely. Will be looking for the next book in this series!
rhondavb
Read more...

The sun was beginning to set as JW’s truck left town, and risking being caught, she glanced at him one more time. Her gaze followed the long lines of his body and settled on his lap. He wore an impressive belt buckle that seemed to sit atop an impressive bulge. A bulge that seemed to be growing. Realizing what the problem was, she turned her head toward the opposite direction as her face flamed with embarrassment. When she heard a masculine chuckle, her skin became even hotter.

“It will happen every time a beautiful lady stares too long,” he said.

Mortified that she’d been caught staring, let alone staring at his crotch, Tonya wished the ground would open up and swallow her. Then his words began to sink in. “Please, don’t make fun of me. I know I’m not beautiful and I’m sorry that I was staring at your—your—your rather large belt buckle,” she blurted out. She continued to avert her gaze, afraid it would break her heart even farther when she saw him laughing at her.

Knowing they were at least another fifteen minutes from the farm, JW pulled over to the edge of the road and stopped. After shifting into neutral and setting the brake, he turned toward her. “Let’s get a few things straight,” he said in a soft voice. “I don’t make fun of nobody…well maybe TJ, but certainly not women.” When she opened her mouth, preparing to say something, he held up his hand, stopping her. “I’m not done yet. In the past, I’ve been known to tell a few lies, but I’d never hurt anybody with them, not intentionally anyway. Usually, it’s the opposite. I may tell a little untruth to keep from hurting someone’s feelings. But, I didn’t lie to you, and I will never lie to you. I do think you’re beautiful, and if you keep staring at Junior that way, he will always rise to the occasion. He can’t help it, you know, he thinks he’s something special.” He gave her one of the panty-melting smiles before reaching across and placing the palm of his hand on her cheek. “I know we just met, but believe me when I say that I want to take care of you.”

Wanting so badly to trust him, she decided she really had nothing to lose. Closing her eyes, she rubbed her soft cheek against his calloused palm. “I will trust you until you give me a reason not to, and believe me, everyone in my life, at one point or another, has given me a reason to doubt them. I hope you’re different. I really do,” she said, her voice barely above a whisper.

The moment she said she trusted him, JW’s heart melted. When his buddy got married, and changed, he promised himself he’d never be led around by the short hairs like TJ, and he still thought it was crazy. But the woman in front of him gave him cause to rethink his decision. Deciding to seal the deal the right way, he cupped her head in his hand and pulled her toward him. When mere inches separated them, he leaned forward and placed a gentle kiss on her lips, but one taste wasn’t enough. He kissed her several times, each time he deepened the kiss more, until he reached a point where he wanted to devour her sweet mouth. He knew he needed to rein in his desire; after all, he didn’t want to scare her. With great effort, he pulled back. “I’m not going to apologize for that,” he said.

Breathing hard, Tonya kept her gaze down. She was embarrassed with her behavior, but she’d never been kissed like that in her life, and she didn’t want him to apologize. She continued to avert her gaze until he hooked her chin with his finger and tilted her head back, then rubbed her chin gently with the rough pad of his thumb. “I know I shouldn’t have done that, but I couldn’t resist,” he said softly, as his gaze was drawn to her mouth as she licked her puffy lips with the tip of her tongue.

Trying to work up enough courage to tell him the truth, Tonya reached up and touched her kiss swollen lips with the tips of her fingers. Finally, she gave him a wobbly smile. “I liked it,” she whispered.

“You make me feel safe, JW.” She was looking at him like he hung the moon. Feeling brave, she deliberately moved her knee to rest over his burgeoning groin, then rubbed it lightly over him.

Groaning, he lowered his hand to rest on her knee. “Darlin’, you better hold that still. Because if you don’t, I won’t be responsible for my actions.” He started to lift her leg away from his throbbing dick.

Before she lost her nerve, she turned toward his chest and swiped her tongue across his flat nipple, then smiled when she heard him groan. “Maybe I don’t want you to be responsible for your actions.” She lightly circled his other nipple with the tip of her finger, causing his whole body to shudder.

With her soft touch, his body screamed, wanting more. However, this had happened before and he wasn’t sure if he was dreaming, but he was going to find out. Lowering his arm he had wrapped around her back, he pinched her butt which caused her to jump, then she bit down on his nipple, causing pain, along with pleasure, to race through his body. “It’s not a dream,” he groaned as he dragged her body up the hard planes of his chest and kissed her. It wasn’t a gentle kiss, but one that unleashed all the pent up passion he’d been holding back.

When he pinched her, her reaction was automatic. She clamped down on his nipple from the unexpected bite of pain on her backside. Before she could apologize, she found herself being hauled, like she was a ragdoll, then he was kissing her like there was no tomorrow. She’d never been kissed like this before, and she wanted more.

With her nightgown riding up her body even farther, she climbed his muscled torso like a tree trunk and wrapped her arms around his neck. When she found a spot where she was comfortable, sitting on his stomach with the head of his dick prodding her in the backside. She didn’t have time to think about that as his tongue probed deep into her mouth, searching for hers. Feeling an unfamiliar heavy feeling in her lower belly, she was shocked when she became slick so quickly. She rubbed herself on his belly, smiling when he groaned as she smeared her sweet nectar over his skin.

Breathing hard, he held tightly to her waist as he tore his mouth away from hers. “Are you sure this is what you want?” He held his breath, hoping she didn’t change her mind.

“Thank, God,” he murmured as he worked his hands beneath her gown and began working up her body, exposing her delectable skin an inch at a time.

She thought his touch was powerful before, but now, in the position she was in, it was exquisite. His hands were so gentle, which surprised her because he was such a big man. When he shifted below her, it knocked her off balance and she had to put her palms against his chest for balance. The slight change in position brought her sensitive clit into contact with the coarse hair on his lower abdomen, which was much thicker than on his chest. “That feels so good,” she moaned as she squirmed, trying to create more friction.

With a flick of his wrists, he whipped the flimsy material of her gown over her head and off, before tossing it to the floor. He cupped her breasts in each palm as he tested their weight, then lowered his hands to her waist again. “Beautiful,” he whispered, before leaning forward and licking each nipple. “Mmmm. Tastes like honey.” He kept a tight grasp on her waist, holding her wet pussy tightly against his muscled stomach.

Throwing her head back, she arched her body, giving him better access. “Don’t stop, JW.” Although she’d had a few sexual encounters in her twenty-five years, she wasn’t experienced by any means. Actually the few times she’d had sex, if you could call it that, it was over quickly and she hadn’t enjoyed it at all. “I don’t know what to do,” she whispered when she could breathe again.

With his tongue, he took one final swipe across her swollen nipple before lifting his gaze. He grinned. “Darlin’ girl, you don’t have to know what to do. I’ll take care of you.” He licked his full lips, still able to taste her flesh on his mouth.

When he realized that’s not what she wanted to hear. He changed course. “I’ll show you what to do.” He pulled her closer, smacking his lips, wanting to taste her sweet flesh again. Starting at the base of her neck, where her shoulder and neck met, he nibbled his way up to her ear. “Then just do what makes you feel good,” he whispered, causing goosebumps to rise on her exposed skin. Sucking her earlobe into his mouth, he bit down gently, then blew gently on her damp skin. After loosening the hold on her hips, he splayed his hands wide on her plump butt cheeks and squeezed. “Damn, you feel good.”

Feeling shaky, she slumped forward then rested her arms on his shoulders. “That’s all I have to do?” She shivered, as desire swamped her when he bit down on her earlobe. Wiggling even more, she managed to trap his hardened shaft between her slick folds, with only a thin layer of material between them. She groaned when the bulbous head rubbed her swollen clit then continued to move back and forth, soaking the material of his shorts with her desire.

Gritting his teeth, he grabbed her hips again, holding her still. “Darlin’, as good as that feels, you’ve got to hold still or it’s going to be over before we even get started good.” 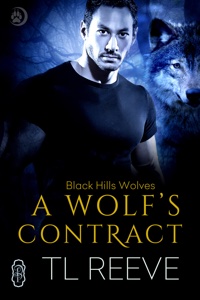