Tied Up In Knots by Antonia Adams When Will wakes up to find he is naked and tied to his own bed, with no memory of getting there, he suspects it’s his jealous girlfriend’s idea of revenge. Earlier he let it slip that he quite fancied her best friend. He also remembers her saying her favourite fantasy is to tie him up, but what else does she have in store for him? Quite a lot it seems!

Rocking it Old School by Lynn Lake Hailey Logan had been playing with Eugene and Myron in a garage band – The X-urbanites – for two months now, and it was obvious to the music-serious 18-year-old they were going nowhere. The two boys were more interested in getting into her pants than getting any better, or any gigs. Hailey knew she didn’t have the diva-licious good looks of a Mariah Carey or Faith Hill – she was more punk than princess – but she had the drive and ambition, and a pretty good set of pipes. All she needed were the right men to help guide her along.

Good Neighbours by Angel Propps When Lisa and Chrissie meet their new neighbours, Jo and Marie, the foursome do not swap casseroles as a “welcome to the neighbourhood” gift, they swap partners and some very interesting toys. It gives the term Love Thy Neighbour a whole new meaning!

That Girl! by Landon Dixon ‘Fitz called her the hottest jazz baby of them all. And Dot Parker said she didn’t have “That”, she had “Those” – upstairs and down.’ She was Sara Button, wild child star of silent cinema, back in the day when America was on the greatest, gaudiest spree in its history. There’d always been rumours about Sara and the 1927 college football team known as the “Howlin’ Pack”. And one intrepid journalist was out to find out once and for all, before it was too late, if those rumours were true; by tracking down and interviewing the last surviving member of that fabled football team.

Alive by Clarice Clique The world has ended. Somehow, through luck or fate, Mara and Daniel have survived. All they have is each other. In the harsh landscape that now surrounds them, they find comfort and solace in each other’s embrace. But then they hear a message on the radio they salvaged. There are other survivors. They begin the long arduous journey to find them, unsure how their journey will end, yet knowing they have no choice but to search for these people. In Scotland they discover a group who freely share their bodies. Mara and Daniel are forced to question how far they’ll go to fit in with the last remnants of society. 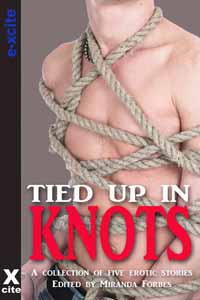 A Wife's Fantasy
Cesare Ancona
In Shelf
$3.69
Tweets by
sirenbookstrand