A Match Made in Wilde (MFM)

A Match Made in Wilde (MFM)

Sitting in her one-bedroom apartment, Maude placed the phone’s receiver on the cradle. She still couldn’t believe what her sister had just told her about Wilde, Nevada—a town where one woman could be married to multiple men at the same time. And even worse, Mary was falling for three brothers who she’d met there.

Glancing over at the photo of Mary and Paul, she felt her gut tighten. How had she been so blind not to realize that Mary’s fiancé—now ex-fiancé—was such a son of a bitch? He’d fooled everyone. How long had he been abusing Mary? If I could just get my hands on that asshole, he would be sorry.

Mary had always been the one their parents seemed the most proud of. She had always been more compliant with their parents than Maude, never pushing back and always seeking their approval. Acts of futility. But when Mary had moved in with Paul before heading down the aisle they let their displeasure be known. Even her sister’s small disappointment didn’t change the fact that her parents viewed Maude as the black sheep.

She sat down on her bed as the too familiar rush of loss swept over her again. Every dime she could pull together for the private investigator so far had resulted in nothing but dead ends. She was no closer to finding her daughter than when she’d started the search the day she’d moved out of her parents’ home. She couldn’t have taken care of the baby by herself at sixteen, but she would never understand how her parents had all the money in the world to help her but had refused. It was painfully clear that their status in the community meant more to them than their own grandchild—or their daughters.

She’d moved out at eighteen, despite her parents’ attempt to run her life. The only regret she’d had was leaving Mary, who was only sixteen at the time.

Now that all the dots were connected about how Paul had been treating her sister, she knew why Mary had left Springfield without so much as a word. No wonder her sister was so confused.

She pulled out her suitcase from her closet and placed it on the bed. Mary had asked her to come to Wilde, so that was exactly where she would be going.

Could her sister have had a change of heart after their conversation? Maybe Mary had decided to come home.

After answering the phone and hearing Paul’s voice on the line, Maude stiffened. She didn’t want to tip him off, so she tried to sound casual. “What’s up, Paul?”

“Do you know where your sister is?” His tone had an edge she’d never heard from him before.

“I haven’t talked to her all day. Is something wrong?” She wanted to scream at him, but knew it was best to keep her cool. For Mary’s sake.

“You’re damn right something is wrong. I came back from work yesterday and she wasn’t here. She never came home.”

“And you didn’t call me until now?” Double asshole.

“I called your parents to see if she was there, but they haven’t talked to Mary in over a week.”

“I’m not surprised, and you shouldn’t be either. You know how strained it is with them since you two moved into together. I’m sure she’ll be back. There must be some miscommunication, Paul.”

“I don’t think so, Maude. Not a single stitch of her clothing is left. She took everything.”

Hoping to sound sincere, she asked, “Did you have an argument?”

There was a lengthy pause before he finally answered, “Yeah, but it wasn’t anything big. She shouldn’t have left.”

“Okay, I’m sure she’ll be back. Whenever Mary got like this when we were kids, she just needed time to cool off.”

Does he believe the lie I’m feeding him?

“If she contacts you, Maude, I expect you to let me know.”

They ended the call and she slammed the receiver onto the cradle. “Not even when hell freezes over will I ever let you know where my sister is.”

“This has been the most perfect day, Grant. I’ve never had so much fun on a date before. Ever.”

“Greg’s going to have trouble topping this, isn’t he?”

She laughed. “Unless he teaches me to fly a plane.”

“Damn. He is a pilot and does have a plane.”

“Oh my God I was just kidding.”

“I’m not going to give him any ideas. I want my date to be the best.” He leaned over and kissed her.

Her heart skipped several beats as he deepened their kiss. She parted her lips, enjoying the feel of his mouth against hers. Being in their swimsuits added to the heat and intimacy between them. What was it about him that drew her in so deeply? Was it the ease in how he carried himself? Or was it those eyes that mesmerized her each time he looked at her? Or his laugh that was so contagious? Perhaps it was all of those qualities and so many more that had stolen her heart. God help me, I’m falling in love with him.

He started kissing her neck and she wrapped her arms around his shoulders. She felt him remove her top, and she didn’t resist. She wanted him so badly.

His lips dotted kisses on her neck and down to her breasts. She heard herself moan, which sounded distant. When his tongue scraped against her nipples, her desires for him increased and the pressure inside her began to build.

He trailed his hand down her body until it reached into her bikini bottoms. When he touched her pussy, she gasped, needing more. He sucked on her breasts and fingered her pussy, creating an electric connection between her nipples and clit. She licked her lips and clawed at his shoulders, dying for more.

He stripped her out of her bikini bottoms and then removed his swimsuit. She felt his thick, hard cock pressing against her.

She reached down and grabbed his dick. In a single fluid motion, he flipped around so that his cock was positioned next to her lips and his mouth on her pussy. Following his lead, she licked the slit of his dick, drinking down his salty drop. Totally lost to her desires, she opened her mouth and slid her lips down his shaft. When she felt him simultaneously lick her clit and send his thick fingers into her pussy, she moaned, bobbing up and down his cock.

Her body was out of control, burning with want. Every scrape of his wet tongue on her pushed her closer and closer to the edge of release. She sucked on him more intensely, hollowing out her cheeks.

When he tightened his lips on her clit, delivering just the right pressure, she climaxed, exploding with sensations that sizzled along every inch of her body.

Grant pulled his cock out of her mouth, and continued pleasuring her with his tongue and fingers. “That’s it, sweetheart. Enjoy every passionate tremble. This is all for you.”

Even more than his caresses, his words sent her even higher into a wonderful dizzying, dream-like state. “Oh, Grant. I didn’t pleasure you enough.”

“You were wonderful.” He flipped around until they were face to face again. “Absolutely perfect.” He kissed her again and moved on top of her, pressing his cock against her swollen folds.

“God, yes. Please, Grant. I need you inside me.” She clawed at him, shifting her hips to try to ease him into her.

“And I need to be inside you, too. I want to feel your pussy clamping down on my cock.”

Slowly, he sent his dick into her. Every inch he claimed stretched her body, filling her to the max.

The pressure returned, more intense than before.

He thrust into her, over and over, deeper and deeper. She let go of trying to control anything. He was in charge of her pleasure, and thankfully, what he was doing to her hit every button. Every pass of his shaft into her pussy, he scraped that spot that sent her to the moon. 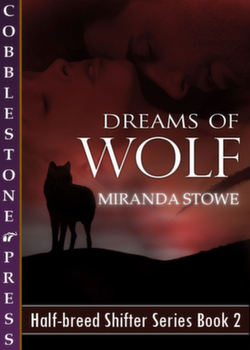