In the year 2220, only about 15% of Earth's population have survived and thrived after the Nuclear Disaster of 2020.

With the collapse of modern society, the population has regressed into eight clans.

Amongst these clans, an unusual girl grows from child to adult.

Raised on the run and in hiding, Shilo wants to be free of the expectations of women. But in a ruined world where anyone could be an enemy, only the radiation-twisted mutants are clearly identifiable. A fertile female is a precious treasure, and any lapse in caution can mean a loss of the freedom she longs for.

Training as hard as a soldier would, in order to free herself from social constraints, she finds herself faced with an offer from a new clan--an offer that provides her with what she desires. But her recently found independence brings discovery, and discovery brings two very different men from her past—and each of them is determined to claim her.

One is obsessed with owning her, the other desires her as the only person who can make him love again. 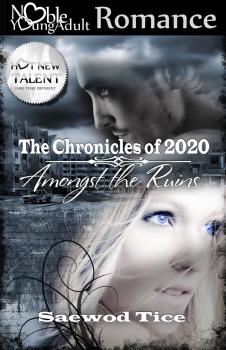 Chapter One: Ortus of Posterus

Groans of pain, accompanied by heavy panting, pulled me from a restless slumber. With the campfire still ablaze, I could easily make out the source of the noises. The camps attention fell on the very pregnant Inell, wife of this migrant group's leader, Hagor.

Mother ordered some men and women to bring basins of warm water, cloth, and her herbal bag. Inell was in labor. Excited shouts rang in my ears. Births had been so few, until recently.

Please let this go well. If this ended badly, then Mother. . . . A knot formed in my stomach. I hurried to her side.

"Shilo. Step back, child. I need room to work." She nudged at my leg with her elbow and took her position at Inell's feet.

Adley's arm wrapped around my shoulder, and he pulled me out of our mother's way.

Mother gently parted Inell's legs. Blood and fluids slicked her hands and spread on the cold ground. How didn't more women die from the consequence of being with a man? The blood loss seemed fatal for those who could bear children.

"Come now, Inell, focus. You will soon hold your child," my mother urged.

One by one, people moved from their makeshift shelters or open sleeping areas in their dingy, faded sweatshirts and jeans drawing closer to witness the birth. Could you suffocate in a crowd drawn so close? Would they get close enough to see my wrongness?

For hours, Inell screamed and cried. The group of onlookers had barely dwindled. Hagor stalked in circles, intent upon my mother's ministrations. Firelight gleamed off his knife, and I imagined him tearing my mother in half. Mother pretended not to notice, instead instructing my sister, Mazy, in the finer arts of childbirth.

"Woman, if anything happens to them, your life will compensate," Hagor said.

I buried my face into Adley's stomach, pictures of my mother clawing at her slit throat flashing through my imagination. He tightened his hold, but inched us closer, fascinated by a new arrival. One last curse and Inell quieted. The crowd erupted with praise.

Then an eerie silence fell over the mob. There's no cry. A sob caught in my panic-tightened throat. I forced myself to watch the scene.

Mother wrapped the child in a large cloth, placed it on the ground at Inell's feet, and rubbed the infant roughly, unmindful of Hagor at her side. His hand flexed around the knife, ready to strike.

"What are you doing?" Inell fought to sit up and reach for her child.

Snake-fast, Hagor yanked Mother's head back by the brown hair-knot at the base of her skull. "I warned you, witch." He dug the metal into her neck.

Mazy crawled to Inell's feet and massaged the baby frantically, trying to save the child and our mother.

Could I distract Hagor, run and kick out his knee, so Adley could get to Mother and run? Would the crowd stop us, stop me?

"If your daughter fails, woman, I will take your life and her womb will replace this child." He nodded toward Mazy.

Adley tensed, preparing for our escape. Mother's eyes landed on mine. She forced a look of reassurance. It didn't help. My feet inched forward, but Adley held me back.

A newborn's cry tore through the air, and Hagor released my mother carelessly. "Is it a son?" Hagor asked.

"A boy." Mazy released the words in a breath.

"I have a son!" He lifted his arms over his head. The crowd cheered.

Once the child was placed on Inell's chest, Adley collected us back to our small shelter. Inside the tent made of tied together plastics, I collapsed onto the sleep area of worn faded blankets. Tension which had swallowed my body now melted away and left weariness and restless sleep in its place. What would happen to us if Mother died? A new nervous cramp formed in my stomach.

"We should move on before something else happens." Since Mazy and Adley's father died many years ago, he tried to be the man of the family, but mother was both our patriarch and matriarch.

"But he was going to kill you!" He objected.

"He thought the child dead," Mazy said. "He just needed to place the blame."

"I still think we should move on." Adley's anger reddened his face and neck.

"We're safer in a group like this one," Mother explained softly. "Besides, we don't know these territories. The boundaries are very tricky and if we stumble onto another clan's land without permission, we could all be killed. It's best to stay with Hagor's group till we reach the safe haven."

Covered in blood from elbow to finger tips, Mother wiped her arms and removed the birth covered apron.

My stomach flipped from the metal smell invading my nostrils.

"And when we reach this safe haven, then what?"

"Then we rest and decide what to do next."

"We aren't even sure of this safe haven. It's only been rumors amongst the different travelers we've passed."

"A rumor is better than nothing. We cannot wander forever."

"Then why don't we settle within one of the established clans? They offer protection on a larger mass."

"We are starting fresh with this group of people. Hagor and the other elders in the group have spoken, they've laid out a plan to form a new clan."

"You know as well as I do that a clan formed by Hagor is not in anyone's best interest."

Mother threw the provisional apron into the fire, ending the conversation, cutting off whatever Adley might have to say next. I released the breath I'd been holding. Mazy poured water over her own gore-coated arms. The crusted birth fluids faded and the water finally ran clear.

"Thank you." Mother embraced Mazy. "You did so well."

"Yes, Mazy, thank you so much for making sure Mother wasn't slaughtered in front of us." Adley's disapproval of Mother's choices rang through.

"Shut up, Adley." Mazy pushed him as she stepped around him.

Huddled together in front of our tent, we watched the others cheer and celebrate. I wrinkled my nose when they placed the afterbirth in a pot over the fire. Did they really think that women who ate afterbirth stew would be more fertile? No history books had ever hinted at it. Still, women lined up, voluntarily and by force.

"Kahrn?" An old, wrinkled woman called from a few feet away. Her dark grey pants and red sweater were as worn as our clothing. "You and your daughter should be thanked. That child was almost lost."
Mother gave an appreciate wave. "We must all help bring forth our future."

The old woman nodded and left us to ourselves.

That night, my dreams were filled with people crowding around a naked woman who cried for help. A faceless man held a knife to her throat, and her swollen belly pulsed grotesquely. I screamed loud enough to wake my family when the knife plunged into her stomach. Thankfully, the scream didn't carry far enough to disturb the other slumbering people in the temporary camp.

Mother scanned my tear-streaked face and patted her hands over my shaking body for signs of illness or injury. When she found none, she held and rocked me till I fell silent. Adley and Mazy wrapped their arms around us as well.

"What would I do without all of you, my loves?"

The lightening of the gray sky gave way the early morning when I woke them. Within moments the rest of the camp began to stir and rise. The cooks gathered around the fire, stoking it and preparing what food had been hunted the night before.

Adley took a rabbit he'd trapped and offered his catch to the cooks. Their dirty and toothless mouths called out for more offerings. A couple of others brought forth small catches and other supplies found along the way.

Given my abrupt wake up, Mother pulled me closer to her side and began talking about her past. She had shared the stories many times before, but as I got older she seemed to provide more and more details.

Mother's great-grandmother had been a survivor of the Global Destruction of 2020, when the entire world had turned on eachother. Mother didn't know, for sure, what exactly launched the full scale world war, but in the end only the military shelters remained and only 15% of the population survived. However, not all survivors were the same.

Lingering effects amongst the ruined cities and attack zones had mutated animal and plant life. The mutations didn't discriminate from humans. In fact, the deformities remained longest in some unfortunate people, resulting in a shunned group we now knew as the Nigredo.

With illness at an alltime high and modern medicine no longer available, great-grandmother taught our mother the medicinal uses of plants and herbs. These were talents mother willingly passed down. For instance, Mazy and I took Wild Yam twice a day to protect and help our womanly organs; however, the look Mazy would share with her told me there was much being left unsaid. The same way they never discussed the way they hid me in layers of baggy clothing. Though we all were aware my appearance was not like theirs, or anyone else for that matter.

I didn't look like Mazy and Adley, having not shared the same father. Mother never spoke his name, but I knew I was the result of a consequence, a product of a violation, a repayment for the loss of his lifeless child and wife. How she escaped with me, I'm still not sure. Regardless, the evidence of our different fathers lies in my appearance.

Mazy and Adley both shared olive skin, brown hair, and dark eyes. But where Adley looked of his father, Mazy took after Mother. I, on the other hand, had skin so pale it could be considered white and with hair to match . . . if it were washed regularly. My strange eyes were 'so blue you could almost see through them" as Adley would say. My strangeness wasn't easy to hide. The constant cover up, keeping me at a distance from other people burdened my family.

Without my swaddling, strangers' eyes lingered and followed my bizarre look. Why couldn't I have the look of my mother? 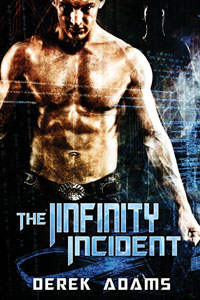