The Victorian era is often regarded as a very austere period, but Amorous Congress: A Collection of New Victorian Erotica demonstrates that this was not always the case at all. Award-winning editor F. Leonora Solomon has curated stories by outstanding contemporary erotica writers who reimagine the sensual sensibilities of the 19th century in decadent stories. Amorous Congress takes the reader to another time filled with poor houses and brothels, secret societies and manor houses—even some of Charles Dickens characters make an appearance. Languid, corseted and gloved, Amorous Congress is a titillating read that guarantees happy endings of all varieties. 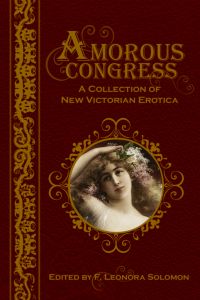 The ghostly phallus slid gently from her and a weight left the bed. Henry, reaching the edge of the soft mattress, took off his waistcoat. He stopped directly behind Alva. Watching her almost warily, he undid the buttons on his breeches and slid them to the ground. He stepped out of his drawers. His shaft stood erect, as long as she had ever seen it. She detected a soft throb along the sinewy staff as his eyes roamed over her soft folds. Absently closing his hand around his member, he stroked it as he watched her.

She made no move to cover her body. The immodest gaze of her husband and the way he was touching himself, awoke another wave of desire in Alva.

In unhurried, dreamlike motion, Henry moved to kneel on the bed. Holding his erect shaft in his hand, he brought it against her petal-like center. Alva watched him. When he touched himself to her, he looked up, and their gazes met. An oddly familiar, impish grin spread slowly across Henry’s face. It seemed out of place on him.

With one powerful thrust, he slid into her.

“My love, let us finish what we’ve started.” 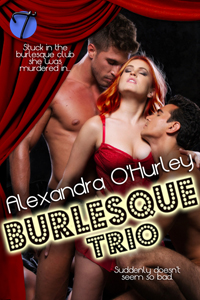 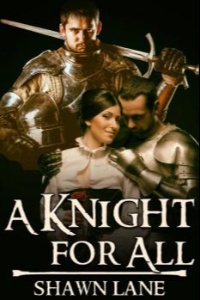