Nathaniel doesn’t want to go Castle Archangel: he’s half-human and can’t fly like the rest of his clan. Even worse, he likes guys and he’s not exactly white. That makes him an interspecies outcast, but he wants to please his dad. Once there, he meets Zeke, the angels’ sexy weapons master. Sadly, Zeke is straight and Nathaniel doesn't hit on men he can’t have.

When Zeke meets Nathaniel, his gut tells him he's met his mate, but he’s never been attracted to a guy before. Despite Nathaniel's wariness and his own fear, Zeke can't help claiming him when instinct takes over.

Unfortunately, Nathaniel isn’t ready to bond, not even when their connection sparks dormant angelic powers. However, when Zeke flies into danger, Nathaniel follows. Demons stalk their people and it will take every angel who can wield a blade to fight the evil that lurks in unexpected places.

Nathaniel sensed this wasn’t going to be a quick conversation. He walked closer. When Zeke didn’t object, he sat down on the bed and leaned back. It was cooler here, further from the fire, but Zeke gave off enough heat for the two of them. Nathaniel fought to keep his eyes where they belonged and away from Zeke’s impressive musculature. No need to spook the heterosexual angel, he told himself. “You had a dream?” he asked, prompting Zeke.

The angel rubbed his face. “Yeah, but I can’t remember it. I just remember the feeling I had when I woke up.”

Nathaniel frowned, an inkling of what was going on floating through his mind. Except, that’s impossible, he thought, afraid to hope. He spoke anyway. “You felt like something was wrong. Out of place. Unnatural.” He licked his lips, suddenly nervous. “Didn’t you?”

Nathaniel stared back, unwilling to back down.

Finally, Zeke continued. “I came to get you. The feeling went away when I stood in front of your door.”

“That doesn’t make any sense.” Nathaniel didn’t want to mention the way he’d felt when he woke up. He wasn’t sure he believed in coincidences, but it sure as hell was a better explanation than anything else. He certainly didn’t believe in miracles.

Zeke stood up and began to pace. “You think I don’t know that?” he asked angrily. “I’ve spent the last ten years of my life traveling the world, learning. Trying to forget that I lost my family.” He stopped and glared at Nathaniel. “I’m not prone to daydreaming, not anymore. I take things at face value.” He ran a hand over his face. “This, this feeling,” He spat the word out. “It makes no sense.”

Nathaniel stood up. He didn’t know what to say, but he didn’t like the way Zeke was standing, as if he was going to punch something. “It’s gone now,” he offered. “The feeling is gone, right?”

“Sure, it’s gone. But tell me, why do I feel the almost unbearable urge to do this, instead?” Zeke asked, his voice thick with some emotion Nathaniel couldn’t interpret. And then he took two quick steps to the bed, cupped Nathaniel’s face, and kissed him.

Nathaniel froze, stunned. His only coherent thought was, His lips are so soft.

Zeke kissed Nathaniel, shocked at what he was doing. Shocked that Nathaniel didn’t rear back and hit him in the face. He thought it would be strange, kissing another man, but instead it felt familiar. Like he’d been missing something all his life until this moment. Nathaniel tasted warm and surprised, so Zeke opened his mouth and let himself sink in, the way his instincts wanted him to. Nathaniel didn’t kiss him back, but he didn’t protest either. Zeke kissed him deeply, then gently moved away, trembling. God, what have I done?

“Whoa,” Nathaniel said, voice shaky. He put a hand up to his mouth. His lips were red and wet.

Zeke stared, heart hammering in his chest. Whoa, indeed. “I’m sorry,” he rasped, voice harsh. He couldn’t look away. Nathaniel was so damn beautiful, especially in the firelight.

Zeke didn’t know where to put his hands. He tried to take a shaky step back, but his body wouldn’t cooperate. Nathaniel reached out, grabbing his arms and pulling him in roughly. Zeke gasped as the smaller man’s hard-on pressed into his thigh. Jesus. “What’s happening to us?” he asked. “I’ve never felt like this about another man before.”

Nathaniel shook his head. “I don’t know.” He leaned in and rested his forehead on Zeke’s shoulder. “And I really wish I did. You’re hot, and I like you a lot, but I make it a habit to leave straight guys alone.”

“I don’t feel straight right now. I feel all twisted up.” Zeke put a tentative hand on Nathaniel’s neck. Something prickled under his fingers, like static. He looked down just in time to see marks sliding under Nathaniel’s lovely caramel skin, like ink that couldn’t decide where to settle. He pushed him away, breathing hard, but didn’t lift his hand. The marks moved like magic beneath his touch.

Nathaniel’s fingers tightened on his biceps and he swayed. “God, what’s happening?” He sounded drunk.

Suddenly, Zeke knew. “Jesus,” he said, stunned. “We’re bonding.” This was even more shocking than finding himself attracted to a member of the same sex.

Nathaniel shook his head. “No, no, that’s impossible. I’m only half-angel. I can’t fly. I can’t do anything. My genetics are too mixed up.”

Zeke stared at Nathaniel’s shoulder. The ink was darkening to a slate-grey as it came to the surface of his skin. The lines moved like a blooming flower, full of potential and beauty.

“Nathaniel, look,” he managed to say, sliding his hand down the smaller angel’s arms and lifting them.

Nathaniel had his eyes closed. “I feel really fucking weird,” he said.

“Open your eyes,” Zeke told him. He was hard and flushed and so fucking aroused he could barely think, but he knew one thing. Nathaniel had to open his eyes to understand what was going on. The marks moved under his hands like electric wire, zapping him with energy before settling into the familiar angelic pattern. Nathaniel swayed as if he’d been drinking and Zeke tightened his hold. “Open your eyes, Nathaniel.” He shook him a little. 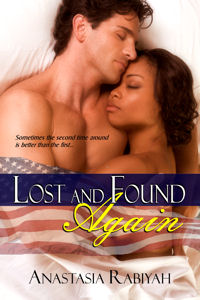