Before He Was Famous: Prequel (MMF Menage Romance)

DRUE
What would you do if one night your best friend told you that they were in love with you? Drue Bishop doesn’t have to wonder because, on a camping trip with the boys, Drue’s best friend, Will, confesses his love for him. Drue had never considered being with a boy before, but he had always felt tingles for his classmate. Will Will’s confession be the moment that changes Drue’s life?

SCOT
Scot Townson wished he had Drue’s problem. Scot’s problem was that he was in love with his male teacher. What would this gorgeous eighteen-year-old do about it now that he was graduating from high school?

Neither Drue nor Scot could imagine the twists and turns that lay ahead. But barreling towards the greatest romances of their lives, the two boys must figure out what to do with the beauty boy who loves Drue and the magnificent man who Scot can’t help but love?

Before He Was Famous: Prequel (MMF Menage Romance)

More From Before He Was Famous

Before He Was Famous: MMF Menage Romance
A. Anders, Alex Anders
In Shelf
$3.99
All Books In Cart
All Books In Bookshelf
Excerpt

As the years went on, Will resisted less and less. Drue assumed that he had broken his spirit. Will now gave into Drue’s gestures with much less resistance. In fact, the only time Will ever fought anymore was when Paul or R.J. were watching.

R.J. had once defended Will by telling Drue that he should stop bullying Will. But Drue decided that R.J. didn’t understand their relationship. In spite of everything, Drue knew that Will took it in the spirit it was intended. After all, he would never pretend affection towards Will if Drue didn’t genuinely care for his friend.

Getting comfortable in the privacy of their tent, Drue clutched his friend. Pulling him tighter he felt something that he hadn’t felt before. Will’s hand suddenly held his. Drue initially thought that Will was trying to pull his away, but he wasn’t. Will’s hand lingered on his as if Will was holding Drue’s hand in place.

As the night progressed, Drue could feel something else unusual. He could feel Will’s heartbeat It was beginning to race. Drue considered asking his friend if everything was alright. He didn’t. Instead, he loosened his grip on Will seeing what would happen. Will’s hand tightened around Drue’s forcing him to stay.

“Drue, are you awake?” Will whispered.

Drue immediately knew something strange was about to happen. He hesitated but then replied. “Yeah.” Drue could feel Will’s heart pound.

“I have something I need to tell you,”

“What that?” Drue whispered feeling his own heart quicken.

Will started unsure if he could finish.

Drue tried to pull his arm from around his friend. Will clutched onto Drue not allowing him to move. Drue fought harder and was eventually free.

“I’m sorry,” Will whispered turning around to look at Drue. “I didn’t mean to say that.”

“Is that true?” Drue asked unsure of what to say.

“No. I’m…” Will stopped himself. He couldn’t deny it any longer. Will looked his friend in the eyes and told him the truth. “Yeah. It’s true.”

Drue couldn’t speak. He stared at Will’s face. It was illuminated by the soft campfire light and it looked like he was crying.

“But didn’t you say that you liked Sheryl?”

The two boys stared at each other waiting for the other to speak. When Will gathered his courage and slowly moved his lips closer to Drue’s. 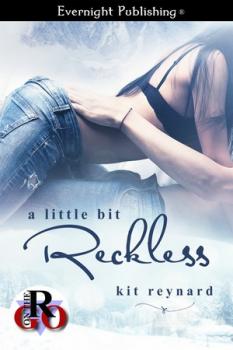