Happily Ever After (MMM)

Happily Ever After (MMM)

“What do you want, Daniel?” He did not feel the need to be polite. After all, this bastard had dumped him unceremoniously without a proper good-bye. A note left on the pillow did not count. It was the coward’s way out. He took note of the expensive suit and tie. Daniel had not changed then. The man was, more likely than not, still working for his parents in their multi-billion dollar company.

He remembered the Worthingtons. Daniel’s parents never bothered to hide their disdain of him. He knew that he was just a poor baker back then, but he thought he could try to make them see how much he loved their son and maybe they would come to accept him. Sadly, they refused to acknowledge him at all. In fact, they barely even looked at him.

Daniel had two younger brothers and a younger sister. He tried to get along with them, hoping that maybe they would be more sympathetic. He was wrong. They talked to him as if he were a filthy cockroach they refused to step on with their very expensive pairs of shoes. He gave up trying soon enough.

“Theo, I…would you like to have dinner with me this evening? It’s Saturday after all. You used to close earlier for the weekend.”

“Daniel, I can’t. I have a date with Alan tonight. Is there anything else?” he asked pointedly.

“Are you guys together now?”

“I don’t make it a habit to announce to strangers the status of my relationship,” he hedged instead of replying to the question.

“What do you want, Daniel?” he repeated his earlier question.

“I…I can’t forget you, Theo. Give me one more chance, please. One date!”

“Too little too late. Now, if there’s nothing else…” he trailed off dismissively.

“Theo, come on,” Daniel pleaded and grabbed his hands.

He was about to pull back when the front door opened.

“Hey, babe. I…” Alan called out, but he stopped mid-sentence, staring in surprise before striding over to land a hard punch on Daniel’s cheek.

His ex-boyfriend was no pushover though. The two men were soon rolling around on the floor, punching each other as hard as they could. The only customer in the bakery, a middle-aged man, helped Theo to separate them by pulling Daniel back while Theo pushed Alan toward the kitchen.

“Babe, please. Wait for me in the kitchen.” He looked worriedly at Alan’s bleeding lip and nose. The man also had a few bruises on his cheeks. Elizabeth had rushed out from the kitchen when the commotion started. “Elizabeth, can you get the first aid kit, please?”

“Sure, Theo,” his employee said as she led his boyfriend into the kitchen.

“Thank you, sir. I’m sorry about this,” he then apologized to the customer, who waved him off.

“It’s fine, young man. Talk some sense into him, will you?” The middle-aged man gestured at Daniel.

“Of course. Thanks for your help again,” he said before pulling his ex-boyfriend out of the bakery. He rounded on the other man the moment they were standing outside. “What the hell is your problem, Daniel?”

“I’ll call you by your proper first name because we’re no longer together. You fucking dumped me! With a fucking farewell note, remember?”

“Okay, Theo. I’m sorry about the fight.” He did not bother to respond at all. Instead, he looked at his ex-boyfriend in irritation. He then noticed several bruises on the other man’s face. Daniel’s nose was bleeding, as well. Plus, there was a bluish-black bruising on the side of the man’s left eye. “Can’t we meet up for coffee or something?”

“Daniel,” he muttered and sighed exasperatedly.

He looked at his ex-boyfriend for a minute or so before he nodded. He was sure that he would be regretting this decision.

“Okay, I’ll pick you up. Tomorrow afternoon at four?”

“I’ve wanted this for the last few hours, babe,” he whispered lustfully as he continued to lick his lover’s ear.

“Are you sure you can take it?” Alan asked playfully and he could feel the other man squeezing his butt rhythmically.

“Well,” he began. “If you were too chicken to play rough, I could always ask Danny for it.”

He noticed Alan’s eyes narrowing as annoyance and possessiveness took over, but Theo refused to back off. He needed to be brutally wrecked till he could not walk without limping for the next few days. He intentionally intensified the challenging look in his eyes as his lust burnt hotter. That was a low blow and he was playing with fire, but he was not thinking clearly, not when the blood had rushed down and filled up his cock till it was straining painfully against his pants.

Suddenly, he was shoved violently toward the couch. He was cheering internally, but he wanted to make sure that Alan would lose all of his control. He stood up slowly and came right back at his lover, bringing both of his hands up to push the other man back equally hard. He felt himself hardening to a full mast when his boyfriend yanked on his shirt collar and pulled him closer with a loud growl.

“So, is this how you want to play this game? Are you going to spread your legs for Danny?” Alan snarled loudly. “Since you want to be a slut, you will be my slut. Mine!”

He was shivering with arousal, but he pressed his boyfriend harder.  “Yeah? Don’t make me laugh. A real man would have stuffed me full right about now instead of talking bullshit.”

He yelped in surprise when he landed on the couch after being slammed back forcefully.

“You’re pissing me off, Theo. I advise you to shut that pretty mouth now.”

He could see the control Alan had on himself finally snapped as his lover cursed filthily before brutally kissing him. He tilted his head at the right angle to give the other man’s tongue easier access into his mouth in order to deepen the kiss and take it further. The emotions were very raw and needy.

He brought his hand up and cupped Alan’s cheek, holding it in a firm grip. He groaned out loud when his boyfriend bit him on his lips and he grabbed at his boyfriend’s biceps. He jutted his hips upward to rub himself against the other man, trying to relieve some of the painful tension.

He leaned up into the kiss, which became increasingly more intense, giving just as good as he got. Their tongues sparred against each other, attempting to dominate with every swipe. He licked Alan’s tongue with his own and sucked it hard into his own mouth before rubbing them harder against each other repeatedly.

After a while, he broke away from the kiss and dove in for the pulse point on his boyfriend’s neck, nipping and licking it with his tongue before he sucked as hard as he could. Then, he pressed closer to bite into the skin.

He tugged at his lover’s T-shirt, pulling away temporarily to pull it off before he returned to the same spot and nuzzled at it. He quickly felt Alan working on the buttons of his shirt. When the other man finally reached the last button, the shirt was taken off impatiently.

He pulled Alan back into another passionate kiss, which was just as brutal as the last one. There was nothing gentle about it at all. They were both riding high on the adrenaline, equally furious and aroused. He pushed Alan off of him, causing the bigger man to topple sideways onto the ground. He hurriedly jumped onto his lover’s body, frantically working on the buttons and zippers of their jeans. Alan assisted him impatiently. When they were both completely naked on the floor in the living room, he grabbed Alan’s wrists and held them high on either side of his boyfriend’s head.

“You’re not in charge now. I am,” he stated out loud with a low grunt, but he moaned aloud as the man underneath him rutted up against him.

“Yeah.” Theo spat plenty of saliva onto his palm, using it to slick up his lover’s engorged cock. It was long, thick, and hard as a thick metal rod. “You’ll beg me prettily soon enough.”

He alternated the up and down motion of his palm. He would stroke his boyfriend’s hardness rough and fast before abruptly slowing it down to a gentle and slow speed. He heard Alan’s groaning and felt him thrashing uncontrollably underneath him yet the other man stubbornly refused to beg. He leaned down and bit his lover’s shoulder hard, causing the man to hiss out loud in an equal measure of pain and pleasure.

“Are you ready to beg yet?” he taunted.

He was desperately hard, needing to feel Alan coring deeply into him and spewing his warm seed inside him, but he wanted to hear his boyfriend’s frenzy pleading first.

“Yeah? I guess we can stop right now then.”

Unexpectedly, he felt his lover’s hands on his hips, lifting him high enough before pulling him down onto that magnificent cock still encased tightly within his own fist. He screamed bloody murder as that hard tool was immediately buried deeply inside him all the way down to its base. 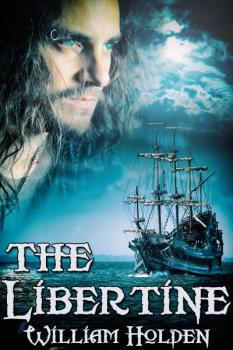