Heat Rating: Sizzling
Word Count: 21,240
2 Ratings (4.5)
Interracial Paranormal Shape-shifter
In Bookshelf
In Cart
In Wish List
Available formats
HTML
Mobi
ePub
PDF
Cover Art by Harris Channing
Reviews
Okay, its a goer this story, took me on a wild ride from the beginning. I have never read any shape-shifters ever. Now I can't get enough. Oh what Deloris has done to me. I can't wait to read the next book she has planned. Make it happen soon Miss Nash or I'll become "completely sated" too. This is one good read. Tim Hammill
tim hammill
Read more...

Her head hurt, Aurora thought as she moved her head. She opened her eyes. The moonlight filtered through the leaves of the tree. She felt the damp wetness of the grass beneath her, the cold starting to seep into her body. As she struggled to sit up, a hand came across her chest.

“You need to stay still so I can check you over and make sure nothing’s broken.” She turned her head to the voice that spoke to her. Half of his face was shadowed even though there was a full moon. His chiseled jaw was covered by dark stubble, his hair thick, a blend of blond and brown, and his whiskey-gold eyes stared at her.

Something soft and warm was placed over her. His hands roamed over her body checking for other injuries. She winced when his hands came in contact with the bruises she received several days ago. “Nothing seems to be broken. Do you think you could sit up?”

“Yes.” Her voice wobbled. She felt something wet trickle down the side of her face, as she wiped the liquid with her fingers. Blood was stained across them.

“You have a nasty cut on your forehead,” he said as his hand went into his pocket to pull out a cloth of some kind, placing it into her hand. “Place this over it and apply pressure to help stop the bleeding.”

He placed his hands gently on her back easing her into a sitting position against the trunk of the tree. “What’s your name?”

“I’m Mattias. I am going to pick you up and take you to my truck.” He curved one of his muscular arms around her back, the other he slid under her legs as he picked her up. She held on to his shoulders while he carried her, the pickup door still open as he placed her on the seat.

“I called my pack for some help. They should be here soon.” Mattias softly stroked her hair as she reclined against the seat. She turned her head to look at him. His hands moved down to pull the blanket to her shoulders.

Her eyes widened. She had heard of the pack of shifters who had moved into the Rocky Mountain territory of Colorado over fifty years ago to claim it as their own. The range stretched more than three thousand miles from the northernmost part of British Columbia, western Canada to New Mexico. Mattias felt her body tense and put his hand softly against her cheek. “There’s no reason to be frightened, no one will harm you.”

He rubbed his palm across her, as she closed her eyes to the warmth of his hands. Her body relaxed against the seat. Aurora knew some of the pain she felt was from diving out the motel window to escape the man her stepbrother sent after her.

She gave a startled shriek as Mattias picked her up and placed her on his lap. “It’s all right,” he murmured as he stroked a hand over the fall of her hair, her body stiff on his lap. Her body slowly reclined into his as Mattias gently stroked her hair whispering reassurances to her. Her head relaxed on his shoulder.

She should not relax. He was still after her. She should get in her car and drive away while she had the chance. But, she was worn out and hurt, and he was so warm and gentle. Mattias assured her everything would be fine. Aurora was confused as to why she felt safe within his arms. He was more dangerous than the man after her. He was a shifter able to turn from a man to a deadly predator with just a thought. He didn’t seem dangerous maybe because he was gentle with her. His fingers lightly caressed her neck to send tingles of heat through her body. She felt warm inside. This was the closest she came near any man in years.

She hadn’t realized her stepbrother’s obsession with her until the night he attacked her. Her father and stepmother were killed in a car accident several months before. She had gotten away from him partly because he was half-drunk. She made it to her apartment, packed a bag, and ran.

The memories of that night made her tremble with prickles of dread that ran down her spine. Aurora lifted her head from his shoulder to look into his face. His head turned to the window of the door. “The others are here.”

Aurora tried to slide her body from his lap when she saw a white-blond-haired shifter regard her through the windshield.

“Is she okay?” the blond asked Mattias as he came over to the side.

“Yeah.” I think so. She has a cut on the side of her forehead,” Mattias replied.

“Lyssa came with me. She will be able to see if she is hurt more than you think.”

Mattias turned to her. “Aurora this is my brother Damian, the Alpha.”

“Hello, Aurora,” he said, accompanied by a nod of his head.

“Hi.” Aurora flinched as she nodded back.

A tall willowy dark-haired woman joined them. Damian drew her close to him. His arm came around her shoulders. “This is Lyssa, my mate, and one of our healers.

Lyssa took the place vacated by Mattias next to her. “Hello. Let’s take a look at you.” Aurora gave a slight wince as Lyssa touched her head to examine her wound.

“Oooh, that’s a nasty cut. You will have to have some stitches for it,” Lyssa remarked as she started to clean the area around the gash. Mattias and Damian turned to go to the back of the truck as Lyssa began to examine her.

The dawn approached, bringing light to the darkness of the early morning. The lace curtains fluttered from the mountain breeze coming through the open window. Aurora opened her eyes as she rolled onto her side, snuggling her pillow closer, still in the state between sleep and wakefulness.

Squinting into the semidarkness of the room, she looked around and could just make out the shapes of the dressers and chairs. The brown oak dresser seemed a lighter color, the carving a different shape. The rocking chair had been moved to the corner. This was not her room.

The close sound of someone breathing startled her into motion. She began to get up, hurriedly struggling to remove the covers and the weight that kept her pinned to the bed. It was then she noticed a man’s arm wrapped tightly around her waist, binding her to his body.

All at once, her memories began to flood back into her brain. The dead body. Henry must have hired him to take her back. The night he attacked her, he admitted he hired someone to cause their parents’ car to go off the road.

Biting her lip, she tried to hold back the tears that threatened to come. Strong arms wrapped around her as he pulled her tighter into his embrace. Heat radiated from his massive body, and she snuggled close to him, needing his warmth and comfort. He said nothing, but his chest rumbled as he made low comforting sounds.

Mattias brushed his chin against the silk of her hair, hugging her closer to his body. He had buried his fury last night concentrating on her. Nothing mattered beyond her comfort and well-being. He took her to him, holding her, his front to her back. Aurora shivered in his arms, and he held her tighter. Anger rolled over him, the beast clawing at his control to hunt down her tormentor. His anger grew like a tidal wave at the thought of the fear and terror she’d been through.

Aurora’s sigh brought him back to the present. Mattias’s fingers sifted through her hair as he pulled her head back gently to kiss her. His lips were soft against hers. He traced his tongue over the seam of her lips, and she sighed shakily, letting him push his tongue inside her mouth. A rough groan rumbled out of his chest, the vibration of it tightening her nipples and making her belly clench. Aurora lost herself in Mattias’s mouth, her arms stretching to hold him. The palms of her hands smoothed over the broad, deep shoulders, lifting her arms to wind around his neck. He raised his head a moment, holding her tightly against him. “Mine,” he said hoarsely, and she shivered at the possessive, ravenous look in his eyes. As he removed her gown his breath caught when he grazed at her breast.

Mattias’s mouth traveled down her neck and to her breast. Aurora shuddered as she felt his mouth open over her. The light touch on her breast, his mouth on her nipple, excited her almost beyond bearing. She could feel how hard her nipples were. Each tug of his mouth was met with a contraction deep inside her.

Mattias’s fingers slid into the front of her panties. The back of his hand was warm on her lower stomach. One good pull and the silky material was gone. His hands gripped her hips. He drew her forward, his body between her thighs. “Your scent is so sweet when you are aroused. I want to lick you and feast on your desire.”

His hair flowed over his shoulders as he leaned forward and placed a kiss on the inside of her knee. Mattias’s hair brushed against her skin even as his moist lips touched her flesh. She shivered at the identical sensations.

Her legs moved impatiently against the sheets as his warm breath skidded across the sensitive flesh of her sex. Aurora didn’t feel shy with him staring at her in such a familiar fashion. Instead, she felt beautiful and very aroused.

Aurora arched her hips, rocking them closer to his face, inviting him to taste her. A low growl radiated through his throat, sounding more like beast than man.

Mattias’s tongue stroked her swollen labia. The gentleness of his caress sent shivers racing up and down her spine. He slipped his arms beneath her thighs, pushing his hands over her torso. He covered her breasts with his palms. Aurora felt her nipples pucker to stab the center of his hands.

Mattias’s tongue tasted every crevice of her sex. He rolled her nipples between his fingers, pinching them gently. Her muscles clenched in anticipation.

Mattias removed his hands from her breasts to wrap around her upper thighs, spreading them wide. He released one thigh and thrust two fingers deep into her core, at the same time seizing her swollen clitoris between his lips and sucking.

Aurora exploded. Her entire body convulsed as she came. The pleasure was so intense she thought she might pass out. Her heart pounded as she shook with release. Gradually, as his movements slowed, her body was reduced to the occasional tremor.

Aurora felt boneless as she lay there on the bed, completely sated. She’d never experienced anything like that in her life. With a wistful smile on her face, she opened her eyes and gazed up at the man who had given her such pleasure. 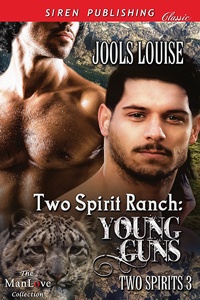