Kenzy Ross may be out of a job, without a home, and the father of her baby might have vanished, but she still has her pride. Too bad it doesn’t fill her belly or give her a soft place to sleep. But she never counted on her child’s uncle to come charging in on four paws to save the day.

Alasdair Macleod is a lot of things – alpha of his ambush, a laird, and a brother – but he’s never been what someone would call nice. When he hears that his younger brother knocked up some penniless lass, he decides to make sure she knows there will be no help from his end. Then he meets her, and even the gruff tiger shifter can’t walk away.

*This is a previously published story that has been expanded to include new scenes and a new chapter. It has been re-edited and recovered, but the name and author remain the same. Not previously available at Bookstrand.

Alasdair Macleod growled at the impertinent wench who had placed her hand on his shoulder. She was buxom and bonnie to be sure, but she wasn’t his type. Truth be told, he hadn’t had a type in a while, preferring to ease his frustrations with his hand rather than succumb to the charms of gold-digging lasses. As head of his clan, and alpha of his ambush, he dealt with power hungry women all the time. It was an unfortunate side effect of his rather impressive stature and wealth.

The blonde jerked her hand back, her eyes widening. He saw the pulse leap in her throat and fought his beast’s urge to go for the kill. Alasdair watched as she backed away slowly, as if frightened he might chase her should she run, and really, she had cause for alarm. No one touched him without permission, not if they wanted to keep their hands attached to their bodies at any rate.

The beast inside rumbled and pushed along his skin. He fought back the urge to shift, keeping his tiger caged. If he let that part of himself free, there was no telling what would become of the lass, or the others just trying to relax at the end of the day.

“That was just mean,” his beta said with a laugh. “Poor wee thing just wanted to warm your bed for a night or two.”

Alasdair snorted and stared into his mug of ale. The blonde wasn’t the first to try and either tame him or take a walk on the wild side. Many wanted the rights to say they’d been in his bed, but he’d learned the hard way that some would go to any lengths to claim the place by his side. He hadn’t lived the single life for this long without learning how to avoid that particular trap.

“Sure she did. And if I happened to leave her a bit of money on the dresser, I’m sure she would have hastened to snatch it up. Money grubbing whore,” Alasdair said, his brogue thickening with his irritation. And that was only if he were lucky that she wasn’t after more than that.

Brochan Kinley just shook his head. “No’ all women are like that. Is it so hard to imagine that she was just interested in you? It’s the whole bad boy image you exude. The motorcycle, tattoos, piercings. You have to admit, you arenae a typical clan chief.”

“Be that as it may, everyone knows to keep their hands to themselves. I’m just as likely to bite it off as shake it.” He took a swallow from his mug and set it back down with a thump. His gaze scanned the room, searching for trouble, and perhaps hoping for it a little. It had been a while since he’d let loose. 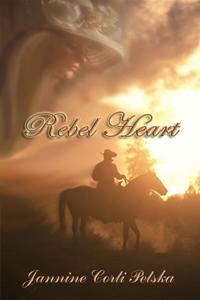