Harley Green has never been lucky in love, but after yet another unfortunate date, he doesn't expect to encounter a fight between a malevolent spirit and Connor Bowman, a man who claims to be a soul collector. Due to Harley's untimely interference, Connor loses his grip on the evil spirit, who immediately escapes from the scene. Now, Harley has the responsibility to help Connor recapture that wicked spirit, and it's difficult when he's often distracted by how attractive the soul collector really is.

Connor has been a soul collector for more than six thousand years, but he has never been affected by a mortal's presence until Harley. He has no idea what it is about Harley he can't seem to shake off. Harley somehow feels really familiar to him, but he can't remember ever meeting that man. It doesn't matter, though. All he needs to do is remain by Harley's side until he catches that malevolent spirit. Then he will return to the underworld. However, that's easier said than done, and it becomes so much worse when he starts developing feelings for Harley.

Can Harley and Connor discover the link between them and work things out somehow? Or is happily ever after nothing but a fairy tale?

"I have a surprise for you."

Harley sat up in a hurry. "Another one?"

Connor chuckled. "Close your eyes for just a second."

Connor snickered at the suspicious expression on Harley's face. "Don't look at me like that. You're going to love it. I promise."

Harley seemed torn for a few seconds before he did as instructed. Connor stood and slowly guided Harley to his feet before leading him close to the lake. Then he used his power to make sure nobody and nothing in the mortal realm would pay any attention to everything that was about to occur. At least not for the next hour or so.

After that, he raised both arms, feeling the tingling of his power spreading outward. In the next instant, thousands of fireflies and butterflies fluttered over the lake. Mini rainbows formed on top of the water, and the breeze grew a bit stronger. Connor trembled a little as he stood behind Harley and wrapped both arms around the young man's waist. Harley stiffened, but didn't resist.

Connor released him and stood at Harley's side, focusing on the young man's expression as he took in the sight. Harley gasped. Then he gaped wordlessly as the fireflies and butterflies danced and flitted around one another. Some swooped and glided over the mini rainbows. Harley stared for several seconds before turning toward Connor. "Is this for me?"

Connor felt unexpectedly shy when he detected Harley's ecstatic and impressed tones of voice. "Yeah. Do you like them?"

Harley's answering grin was all the response Connor needed. He was relieved and elated at the same time, and once again stood behind Harley and embraced him. His heart felt even fuller with joy when Harley put both hands over his. He tentatively rested his chin on Harley's shoulder. To his delight, the man rested against him.

He tightened his arms around Harley's waist, then felt something loosening around his heart. He was free to express his feelings toward Harley. At the same time, an overwhelming and uncharacteristic fear assaulted him. He was terrified of losing Harley. He didn't know if he could classify his feelings as being in love, but he was willing to risk it. He made up his mind right then and there, Harley was worth everything.

A moment later, they lay on the grass a few inches away from the lake. "Can I ask you something?" Harley whispered.

Connor draped his arm over Harley's shoulders and intertwined his fingers as he dragged the man backward toward him. Harley rested against Connor's chest while he continued to stare at the butterflies, fireflies, and mini rainbows.

Harley hesitated a few moments. Then he grabbed Connor's hands and held them tightly. "Do you ... uh, you know?"

Connor reversed the positions of their hands, now gripping Harley's. "What is it?"

Connor snickered. "We aren't leaving this place until you talk to me."

Harley turned his head and to glare at Connor. "Bastard."

Harley faced forward again, the tips of his ears reddening. That amused Connor. He could imagine the redness of Harley's cheeks.

That stunned Connor for a second before he pressed his lips against one of Harley's ears. "I like you like crazy."

Connor kissed the ear. "What about you? Do you like me, too?"

Now the tips of Harley's ears grew impossibly redder. "You know it already."

"No, I don't. I want to hear the words straight from you."

Harley remained quiet for so long, Connor thought he'd never get an answer. Then, all of a sudden, Harley bobbed his head. "Very much. You make me feel warm, protected, and safe."

Something tugged at Connor's heartstrings again. He couldn't help but smile widely. "I promise I'll always be by your side. You'll never be alone anymore. You have my word." 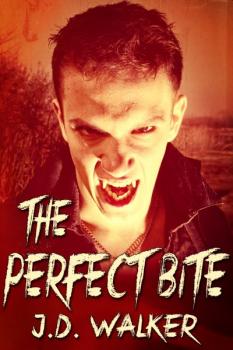