Journey to the Past (MM)

Miller Grant is married to Sophie Hall. He feels trapped in his loveless marriage. It's obvious Sophie is just as miserable as he is. He's a gay man who marries Sophie only because he's too much of a coward to go against the command of his conservative parents. Postverta, goddess of the past, helps him to journey to the past and set things right with Noel Montgomery, the only person he ever loved.

Noel doesn't know what's going on with Miller. His boyfriend will say weird things out of the blue and act in a way Noel never expects him to. He's most astonished and also relieved when Miller goes against his father's command and refuses to date Sophie. That rebellion doesn't seem like Miller at all, though. As much as he appreciates the changes in Miller, he's also wary of what his boyfriend has become.

Can their love survive when Noel discovers the truth about who Miller truly is?

Journey to the Past (MM)

“Miller!” Noel greeted while raising his right hand and waving it excitedly in the air. “Over here!”

Miller glanced at Noel, but instead of walking toward the table, he stayed rooted on the spot. Noel’s enthusiasm died a little. He wondered if anything was wrong with Miller. He was also curious why Miller was staring at him as if they hadn’t met for many years. That didn’t make any sense because they were already living together. In fact, they had been sharing an apartment for more than three years now. The only reason why they each owned another apartment aside from the one they resided in was to maintain the illusion that they were living alone so as not to arouse their families’ suspicions. Miller continued to stand close to the door of the diner for a few seconds longer before striding toward Noel.

As per usual, Noel got up and prepared to hug Miller. However, he was taken aback a short moment later when Miller roughly grabbed him by the waist and pulled him closer before embracing him so hard that it hurt a little. He could even hear Miller’s loud breathing as his boyfriend squeezed his body tighter with every passing second. It was as if Miller was attempting to remember his scent while crushing all of the bones in his body. Noel struggled a little as he tried to catch his breath, but Miller refused to budge and loosen up his hold.

“Fuck!” Miller whispered. “I missed you so much, babe.”

Noel took a shallow breath into his lungs and smiled. “I missed you, too.”

After that, he wanted to scoot backward, but Miller squashed his body even more forcefully than before. It was becoming rather painful.

“Just a little bit longer,” Miller muttered softly before Noel could ask his boyfriend to let him go. “Please.”

Noel had no other alternative but to comply. He really didn’t mind having Miller’s arms wrapped around him, though.

The two of them remained in the same position for several moments longer before Miller stepped a few inches back while clutching on to Noel’s arms with both hands. Miller’s gaze on Noel was intense. It was as if he was desperate to observe and memorize every inch of Noel from head to toe. Consequently, and strangely enough, Noel abruptly felt rather bashful from the scrutiny.

“You’re even more gorgeous now than the last time I laid my eyes on you,” Miller complimented, and his voice sounded husky and sexy.

Noel could feel himself blushing, but he was also pleased. “Thanks, but I don’t think I’ve changed much over the last few hours. The last time you saw me was earlier this morning. Remember?”

Miller seemed to tear up, but Noel dismissed the thought almost immediately. He must be imagining it.

Noel’s embarrassment became even more acute now, but he was also delighted. “So corny, but thank you.”

“You’re welcome. I’m the luckiest man in the world.”

Noel grinned widely even though his eyes were instantly filled up with his tears. “So am I.”

Miller beamed before gently guiding Noel back to his chair. “Have you ordered?”

Noel nodded. “Yeah, and thank you for pushing my chair forward for me. You’re being such an amazing gentleman today.”

After that, Miller occupied the chair directly across the table from Noel. “So, how have you been?”

Noel thought that was a rather odd question because Miller would normally inquire what his morning at work was like. After all, the two of them had breakfast together earlier that day. Miller’s question made it seem as if they hadn’t seen in each other in years. Nevertheless, Noel decided to ignore the weird sensation inside him.

“My morning was filled with boring meetings. I’ve complained to you about what the hotel business is like time and time again.”

“You still want to own a bakery someday then?”

Noel arched his left eyebrow at Miller. “Yes, babe. I mentioned it to you over breakfast earlier today. Have you forgotten about it already?”

Miller’s cheeks flushed red, and he looked rather embarrassed. “Of course not. Just…uh, making sure you haven’t changed your mind about it.”

Noel shook his head. “I won’t. I attended a culinary school for years, babe, and baking pastries is my favorite. The only reason why I also got a degree in hotel management is because my parents forced me to. I’m expected to join the family business and handle our chain of five-star hotels all over the world. You understand what it’s like. Your family is the same way.”

Miller’s expression dimmed a little, but the melancholic look disappeared so fast Noel figured he must have been mistaken about it. Miller was quiet for a few seconds longer before he shrugged at Noel.

Miller’s last statement was accompanied by a hint of exhaustion written clearly on his face, and Noel suspected that his boyfriend’s parents must be making noises again about finding the right woman to settle down with and having kids to continue the family line.

Noel nodded. “You should take a warm shower after dinner. That will freshen you up a little.”

“Uh-huh. Aren’t you going to shower with me?”

Noel rolled his eyes. “Babe, I have to wash the dishes. You know how much I hate leaving all of the dirty pots, pans—”

“I’ll help. Then we can be done faster. I want you to wash my hair and back for me. I’ll do the same for you.”

Noel laughed. “Is that your way of asking me for sex?”

“Do I need an excuse for that?” Miller shot back.

Noel blushed as he shook his head. “No.”

Dinner proceeded as it normally did for the next hour or so. Miller was excited that he would finally get to make love to Noel again, but he wasn’t in a rush. Besides, a little bit more anticipation wouldn’t kill him. When he and Noel were eventually done with the dishes, the two of them walked toward the master bedroom and stripped themselves naked.

“You’re already hard and wet,” Noel pointed out with a huge smile while cocking his head at Miller’s leaking erection.

“I missed fucking you, babe,” Miller said. “My dick definitely missed being buried inside your sweet, tight ass.”

Miller shifted closer to Noel. “Well, I’m the dork who will be pounding your ass so hard you won’t be able to sit properly for at least a month.”

“Absolutely. I guarantee it. Do we have to shower, though?”

“It has been a long day. I also perspired some while getting dinner ready for us.”

“It doesn’t matter,” Miller whispered as he leaned down toward Noel. “When I’m done with you, you will be all sweaty and sticky anyway.”

Noel chuckled, but it turned into a soft groan when Miller pressed their lips together. Miller kissed his boyfriend with all the passion and desperation that had been buried deep inside him for many years now. Noel wasn’t aware of it, but Miller hadn’t made love to him for more than a decade. His cock grew even harder as he deepened the kiss before licking his way down Noel’s neck.

“Miller, baby…” Noel trailed off while running his fingers all over Miller’s hair.

Miller inhaled deeply as he kissed his way downward. “Fuck, baby. You smell so fucking amazing.”

Then he suckled on one of Noel’s nipples while pinching the other playfully. Noel moaned and shifted toward Miller. He grabbed Miller’s hair and tugged him even closer.

Miller could feel his cock throbbing upon hearing that beautiful plea from Noel. He slowly lifted Noel off the ground while continuing to suck on his boyfriend’s nipple. In response, Noel wrapped his arms around Miller’s neck and his legs around his lower back. Miller made his way toward the bed, carrying his precious cargo as tenderly as he could. He didn’t think he would be able to last long enough that evening. At the moment, he was already aching for a release. However, he was determined to bring Noel as much pleasure as possible.

When they were close enough to the bed, Miller attempted to gradually place Noel down onto his back on the bed. However, he was taken aback when Noel abruptly got up and shoved him down onto the bed instead. For a brief moment, he had no idea what Noel wanted from him, but when his boyfriend straddled his face, he knew what he had to do. He started panting from the lust that coursed through his entire body as it threatened to overwhelm all of his senses. He grabbed both of Noel’s butt cheeks and parted them to the sides, admiring his boyfriend’s beautiful ass for a short moment. After that, he clasped Noel’s hips and pulled his boyfriend’s ass downward, burying his face in between those delectable cheeks and inhaling the wonderful scent he had been missing for years now.

Miller groaned loudly before he began to lap at Noel’s hole like a starving man who hadn’t eaten in years. He yearned to drive Noel crazy with his reaming skill. He knew he could do it. However, he was distracted when Noel suddenly swallowed the entire length of his dick all at once. He rumbled deep in his throat as he continued to lick and taste Noel’s ass. He had almost forgotten how fantastic Noel was in bed, especially his boyfriend’s ability to deepthroat his cock. He wasn’t one to brag about the size of his dick, but he knew it was a large one. It was slightly longer than ten inches, and the girth was nothing to scoff at either. Noel’s mouth and throat acted like an ultra powerful vacuum cleaner, though. Miller gasped and bucked his hips upward as he tried to bury his cock impossibly deeper inside Noel’s mouth and throat.

“Fuck!” Miller exclaimed, but his voice sounded really strained. It was as if he was being choked. “Noel, baby, d-don’t—shit! T-take it e-easy, babe. You’re going to make me c-come.” 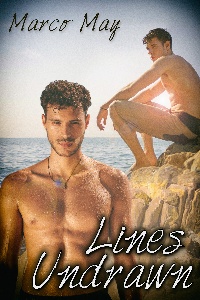