In an attempt to run from his past, John Welsh has spent the last few years building walls around himself. He knows the best way to stay safe is to keep people at arm’s length and preferably out of sight. During weak moments, he might wish he had someone, but he’s not ready. After all, it takes seven years for the body to replace all its cells. He has four years to go before he’s new.

Zachary Fane is always on the move, always on his way to somewhere. He’s going from job to job, from country to country. Contrary to what people might think, he wants nothing more than to find a place to call home, and he knows just where. This time, he is ready. This time, he will stay in Nortown. This time, things will be different. But when he arrives to buy the log cabin he believed would be his, he finds it inhabited. When he goes to talk to the new owner, he is met by the most beautiful green eyes followed by a door slammed in his face.

John should’ve known the peace he’s found in Nortown wouldn’t last. One day everything is fine, the next a mountain of a man shows up wherever he goes. All Zachary wants is to be close to the quiet man who has moved into his cabin. If following him around is the only way, then so be it. Sooner or later, John will get used to having him there ... at least, if Zachary hangs around long enough.

John swallowed the last of his coffee and glanced out the window. Two burly, bearded men came walking across the parking lot. It took a second or two before the panic slammed into him with full force.

It was the man from the shop.

The clatter from where he dropped the cup on the plate made him flinch. Crap! He shouldn’t have accepted another cup. The coffee had tasted unusually good this morning, and he’d enjoyed listening to Jen talking to her son, Luke, while she made him breakfast. It was nice, and it gave John a feeling of normality even if he was only an observer. He shouldn’t have stayed, though. The man had brought a friend, which made things even worse than John had feared.

Cold sweat broke out as he watched the men turn and head right for the door. Of course, they were coming here; it was only stupid to hope for something else. One of them stopped, not the man from the shop but the other one. He gestured wildly while the man from the shop scowled. John began to tremble. They were going to take their frustration out on him.

He needed to get out of there. He needed to run. The chair banged against the wall behind him before he knew what he was doing. Jen’s head shot up from behind the counter. “You okay?”

John stared at her, unable to find his voice.

John winced at her words. He hated when she let on how much of his anxiety she actually picked up on. Most of the time, she pretended he was like everybody else, but, of course, he wasn’t. He was going to be sick. He wanted to go to her, wanted to pay so he could leave, but his feet wouldn’t cooperate.

“I haven’t paid.” He hated the way his voice shook, but he couldn’t do anything about it. His throat closed up as he caught movement outside the door.

She dried her hands and hurried out from behind the counter, closing in on him. John didn’t know where to go. They were coming at him from different directions.

But Jen didn’t come at him. She walked around him, leaving plenty of space between them, and headed for the door. “You can pay double next time, or I wouldn’t mind payment in eggs.”

“That’s illegal.” John would happily give her eggs. Why he hadn’t before, he didn’t know. He couldn’t pay with them, though. It wasn’t right.

“We’ll sort it. Now get out of here.” She smiled, and John almost wanted to hug her. Almost.

The bell above chimed as she opened the door. “Zachary Fane.” She giggled and John was struck by how young she sounded. “I never thought I’d see the day. When did you get back?”

The man from the shop grinned and scooped her up in his arms. John almost choked. God, he’s big. Broad and tall, and arms so thick John wanted to shrink back before they could snake their way around him, too.

The man must’ve sensed John’s eyes on him because he looked right at him while still hugging Jen. Without thinking, John let his blond tresses fall like a curtain over his face and kept his head tilted forward, glancing towards the door in hopes of finding an opening to sneak past them and out to his car. It was pathetic to hope; not even Jen could save him from them now.

Out of the corner of his eye, he saw the large man take a step in his direction. Every muscle in his body tensed as he braced himself, but then Jen was there. With one small hand on the man’s arm, she guided him and his friend towards a table away from John and the door.

As soon as all three of them had their backs turned, John slipped out, thankful for Jen’s manoeuvre. 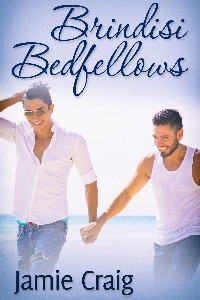 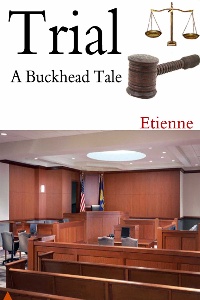