Alex, ship’s captain, and historical artifact acquisitions expert enlists the help of her crew to go on an unsanctioned mission to steal a fabled dragon egg—an artifact worth a fortune. All they need to do is fly to Xagrar, a planet infested with beastly reptiles.

But Alex finds much more than the egg in the dragons’ treasure vault. She sets her sight on a beautiful ring—the perfect Christmas gift for her mother.

Caught red-handed, Alex must face the wrath of the sexiest hunk she has ever laid eyes on, but she sure as hell does not want anything to do with the bossy beast, nor their gods’ crazy prophecy. All she wants is to get rid of the infernal ring and return home to Shalanka… Before the holidays are over. 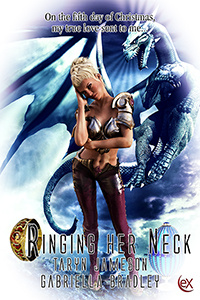 Carmen stared at her, disbelief clouding her eyes. “You are not thinking what I think you are!”

“Yes.” Alex crossed her arms over her chest, taking in her crew’s reactions. They looked shocked, ready to argue, but this was a chance in a lifetime. After the holidays, the museum was sure to send them on another assignment.

Leah shook her head vehemently. “Seriously? Too close to Christmas.”

Alex calculated the time in her head. As long as they did not run into any problems, they would be back home in a week. “Xagrar is only a three-day flight there and three days back. We go, grab the egg, and return. Still in plenty of time to do your Christmas shopping.”

Ashvira swept a stray lock of hair behind her pointed ear. “Do we really want to mess with dragons? Our magic is not strong enough against them, Alex. I do not think I want to become their next dinner. Never mind the fact that we would be committing an illegal act.”

Alex threw her hands up in exasperation. “Aw, come on. Where is your sense of adventure? I have enough money for fuel to take us there and back. And we would split five ways. It does not say anywhere in the contract I signed with the museum that I cannot launch an expedition of my own.” She gave them a pointed look. “Besides, it is not as if we would be stealing from an intelligent species. Dragons are just oversized lizards.”

“I caught part of their conversation. You heard what those men said, Alex. People have gone there and never returned,” Iteria reminded her.

“Tales. No one from our planet has ever gone there.” Alex shrugged. “Not that we know of, anyway.”

“I have heard that they are fierce beasts that will kill you with a blast of fire. Or they will eat you alive.” Ashvira shuddered visibly.

“Dare I repeat myself? Tales. I have never met anyone who has traveled to Xagrar.”

“Maybe the dragons spread the tales on purpose?” Carmen suggested.

Her comrades burst out laughing.

“If the tales are true and their treasure is that great, they will have a dragon guarding it at all times.” Ashvira scratched her chin, a thoughtful expression on her face. “What I am curious about, what do dragons want with such a vast treasure? I can understand them guarding the dragon egg. But possible gold and jewels? Why? When all is said and done, they are just reptiles.”

Alex leaned against the shamrock. “If anything, it will be the adventure of a lifetime. We will need to take weapons. Are you in?”

“What good are our measly laser pistols against a huge dragon? Or two, or a dozen. Who knows how many there are,” Iteria pointed out.

“Last time asking. Are you in?”

“Hell, that gives me hardly any time at home. I can hear the protests from my family now,” Iteria grumbled.

“If we want to get there before those pirates, we need to leave fast. We still have plenty of supplies on board,” Alex told them. “Let us go back in, finish our rounds of ale, and go home. I would like to spend a few hours with my parents, too.” 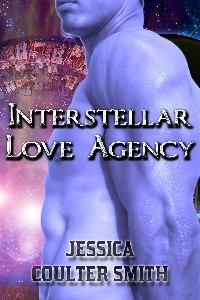