Tirzah disobeys the rules of her tribe and ventures beyond the boundary into the forbidden zone convinced there has to be a more advanced species on the planet. Traveling mainly as her cat shape, she not only finds civilization, but also the man she believes to be her soul mate. His feline form is a black cat. How will her white furred tribe react to him?

Cain thinks he’s the only cat shifter on Earth until he scents another. To his astonishment, she’s a white cat and she speaks a very strange language. Will nature override social barriers and how can he get her out of his heart and into his arms? 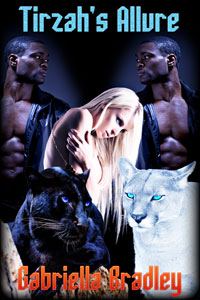 Fully alert then, she scanned the people around her, but she couldn’t pinpoint the scent. Not yet. The scent continued to taunt her as she studied them. Many of them had black hair, short, long, medium length, and most of them had honey colored skin. Some had very brown skin and some were very white, like her. But like the people on the boat, they had different hair colors except for the dark people. They all had black hair.

Tirzah spun around and gazed into a pair of very dark eyes that seemed to look right through her. She sniffed, and yes, the shifter’s scent emanated from the man sitting alone at a table behind her. She was sure he’d picked up hers from the way he studied her.

Her heart skipped a beat, then another. His skin was very black. His hair, jet-black, was cropped very close to his head. He had the handsomest face she’d ever seen. His lips were full and sensual and he had a cute dimple in his chin. So there are shifters on this planet, but what kind? From his scent, she knew him to be a cat shifter. Oh, why hadn’t her parents explored further? Would this man be able to understand her if she spoke to him? Do I dare?

He stood and she noticed how tall he was, at least as tall as the men at home and very muscular. She saw the muscles and sinews ripple under his ebony skin as he bent to pick up a fallen drinking cup. When he straightened, he stepped toward her and said something.

Her heart pounded so loud she was sure he could hear it. “I don’t understand,” she said softly, but smiled. She hoped her smile was friendly and seductive enough to entice him to speak more to her, to sit down maybe. Seductive? What am I thinking.

After he threw the cup in a metal container, her heart somersaulted when he pulled out a chair and sat at the table with her. Pointing at his chest, he said, “Cain.” He pointed at her and raised his eyebrows while pointing at his chest again. “Cain.”

She understood he was telling her his name was Cain. She let it roll off her tongue easily. “Cain. I am Tirzah. Tirzah,” she told him, while pointing at herself. Communication was going to be difficult. He pulled something out of his pocket. It had a small pad with symbols on it and a screen. Her parents had similar devices but none of them worked anymore. The screen lit up and his fingers pushed some of the buttons until a picture appeared on it. He held it toward her to look at. She took the device from his hand and saw a black cat, just like the ones in the forest, except this one was big. When she looked at him again, his face had a questioning expression on it.

Tirzah pointed at the picture then at him. “Is that you?”

He nodded and pointed at her. Was it safe to agree that she was also a cat shifter? Why not? She nodded, but how could she explain to him that she was a white cat? When he took the device from her hand, his fingers brushed hers and a jolt shot up her arm. Surely, she hadn’t already found her mate? So soon? Fate. Her parents believed in fate and destiny. Had the gods sent her there so she could find him? Were there other shifters besides him? How she wished she could question him. He fascinated her. His handsome face, his black skin and his eyes sent surges of heat between her thighs, the moisture pooling from her folds.

Cain put the device in his pocket and stood up holding his hand out to her. Tirzah hesitantly placed her hand in his and from that moment she knew, Cain was destined for her. But did he know that? He tugged her hand and she walked with him. Sniffing his scent again, inhaling it deeply, her instincts told her she could trust this man completely.

They walked in silence until they came to a very tall building. She hesitated when he pulled her to go inside with him, but his smile was reassuring.

Her heart beat overtime as she inspected the beautiful big room they entered. There was a lot of shiny gold. Large leaf plants stood scattered here and there. Pictures hung on the walls and there were seats made from material she never knew existed.

He led her to a small room through shiny gold doors that opened automatically. Once inside, he pushed a button and she felt the room move upward. She tensed. Her parents had told her a lot, but they never talked about rooms that moved. He placed an arm around her and squeezed her shoulder. His touch, a delightful sizzling sensation, calmed her sudden jolt of fear. The small room stopped and the doors opened to a long hallway. Holding her hand again, he led her to a door. She watched him pull a small card through a device beside, it then he pulled a handle. The door opened and, tugging her hand, he pulled her inside. The door clicked behind her. For a split second she felt caged, the urge to run overwhelming her. But she still didn’t sense any danger.

Was this where he lived? If this was his house, it was beautiful. Her heart still raced as she wandered into a large room. There was a wall made of some kind of see-through material covered with sheer white cloth that billowed softly in the breeze blowing through an opening. She saw furniture similar to what she’d seen downstairs. A very large bed stood against the far wall. There were strange devices on cupboards and tables. Filled with wonder, she turned to look at him.

Without saying a word, he took off his clothing until he stood naked before her. The gods had surely sculpted this man. If she’d thought he was beautiful earlier, she now thought he was magnificent. Did he expect her to do the same? She’d never felt shame or embarrassment at being naked, but this man was a total stranger and so different from her species. While taking in his physique, her body was on fire, especially when her gaze came to rest on the object that could satisfy her lust. It was fully erect and it was big, very big. It was the same color as his skin, the veins prominent. Between the folds of her own sex, she throbbed. Her juices ran down her thighs. She wanted to touch him, but she’d only just met the man, and what did she know about this shifter? 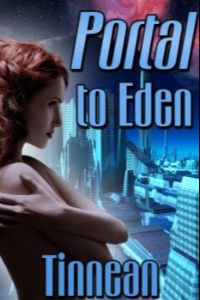 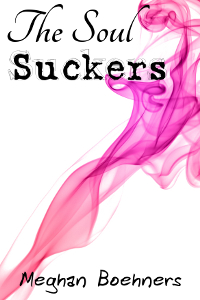