Are you ready to get Wicked?

BRISTOL – When I met Torque, I didn’t expect more than a steamy one-night stand from the sexy-as-hell biker. His bedroom eyes. His wicked smile. His sinful body. I couldn’t resist him. It was only supposed to be one time. He didn’t do repeats, and I wasn’t looking for more. Until our night together had consequences – the kind that lasts eighteen years. Torque might be phenomenal between the sheets, but I wasn’t too sure the bad boy biker was daddy material.

TORQUE – The hot blonde with the lush curves and naughty mouth had given me a wild, wicked ride. A man could drown in her seductive eyes, but I never go back for seconds, no matter how tempting Bristol might be. Then she storms back into my life with news that sends me off kilter. I hadn’t planned to keep her, but now that she’s having my kid, there’s no way I’m letting her go. She’ll be mine whether she likes it or not.

*WARNING: This book is recommended for ages 18+ due to sexual content, strong language, and darker undertones.

The biker at the bar had held my attention since I’d walked through the door. There was a group of bikers, all wearing the colors of the Wicked Mayhem MC. Whispers around town said they were dangerous, and many gave them a wide berth. I’d always loved the thrill of a bit of danger, or rather dangerous men. The one on the end was captivating, a stark contrast to the blond man on his right, his swarthy skin and dark hair made my fingers itch to touch him. I hadn’t seen a sexier man before, not even on the covers of books.

I held back, watching as other women approached. Each was sent on their way, and none too gently. Mr. Sexy shook off a desperate looking redhead, a sneer on his lips. All right. The direct approach wouldn’t work with this one. Either he wasn’t here for a good time, or he didn’t like clingy women. I adjusted the top of my dress, so the girls were on display, then sauntered over to the bar, being sure to press against his side. Before he could send me on my way, I leaned over and lifted my hand.

“Bartender! I need a drink.” The man shifted, his arm brushing my nipples. I turned my gaze to him, trying to look surprised. “I’m so sorry. It’s just so crowded. I didn’t mean to practically crawl into your lap.”

His gaze skimmed over me, stopping to take in the swells of my breasts. He shifted again, turning to face me a bit more. Before I could step back, he’d pulled me between his legs, my back to his chest.

“If you want his attention so badly, you could tug that dress down a little more.” His voice was deep and raspy, sending chills down my spine.

“I wanted a drink. I wasn’t offering a lap dance.”

His hand landed against my ass with a loud crack that made me jolt. He swatted me again. And again. I could feel the burn in my ass cheek and moaned at how deliciously naughty it felt. I’d always liked a guy who was good with his hands.

I gripped the back of the sofa, waiting. He placed his hands on my hips and without notice plunged his cock inside my hungry wet pussy. I gasped and threw my head back, biting my lip to hold back a moan. So full! I’d never felt anything so wonderful in my life. I’d had large cocks before, but none as big as his. It filled me, stretched me, made me want to beg for more.

Gripping my waist in a vise like grip, he began thrusting with long, hard, powerful strokes, each one deeper than the last. “That’s it. Take it all. Gonna pound this sweet pussy.”

He began to move faster, triggering the biggest orgasm I’d ever had. A kaleidoscope of colors burst behind my eyelids and I pushed back against him, never wanting the sensation to end. It felt like I was flying. I came and came, my body trembling from the force of my release.

Just as I was coming down from my high, I felt him slide deep one last time and come inside me. Briefly, I cursed herself for being so careless as to forget a condom, but what was done was done. I’d had received a Depo-Provera shot a month ago, so I didn’t have to worry about getting pregnant. I only had to hope that he was the kind of man who usually didn’t forget a condom and was therefore clean. It was a talk we should have had before we had sex, but alcohol had been involved, and I’d been without sex for too long. I was usually protected so I was almost certain I wasn’t carrying anything. Not to mention, it had been months since I’d had sex.

I felt him ease from my body and I collapsed against the sofa cushions. Never had I felt so satisfied, nor had I ever wanted to keep a man before. But I knew this one wasn’t one who played for keeps. He’d made that clear when I’d picked him up in the bar. Not to mention I’d seen him around, a different woman every night, and the cut on his back told a big enough story. What else could I expect from a guy who rode a Harley like he was part of it and belonged to the Wicked Mayhem MC? 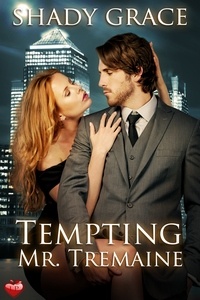