A soft step warned Angus a second before the sheet was yanked off his naked body. He clenched his hand, expecting to find his dirk. A shrill squeal erupted in his ear. He’d squeezed warm flesh, not the hilt of his blade. A full breast, in fact. One of two belonging to his now wide-awake, brand-new wife, Fiona. He was at Inverlochy Castle still in bed after their wedding night.

His bare arse stung with a slap. He glared at Auld Maggie, the woman who’d mothered all the children fostered by Lochiel, laird of Clan Cameron. She’d dispensed potions, yanked ears, and provided advice whether they wanted it or not. His brother must not have barred the door after joining him and Fiona when the revelers had finally passed out.

Angus held back a curse. He shouldn’t be concerned about waking hard and eager. He was a newly married man with a wife he wanted to sink into at least once more before breaking his fast.

The complaint came from the far side of the bed. Gillis sat up, yawning wide as he stretched out hairy red arms. He scratched his chest as he smirked at the wee woman glaring between them. He patted Fiona’s sheet-covered haunch, none too gently. She muttered a curse no wellborn lady would have known, much less spoken. Fiona had been raised as a lad and had the language to match. He would train that out of her. Thankfully she’d not been taught to fear or be disgusted by sex. He would encourage that passion.

“Ye kept me awake, aye,” she replied as if bored. The nipples that poked against the sheet proved otherwise.

“We’ve got years for ye to wear me down to a nubbin.” Gillis caught a nipple between his knuckles. “And these, as well.”

“There’ll be none of that,” said Auld Maggie much too cheerfully. “Ye had the night. I need ye out of this chamber.”

“Now?” demanded Angus. “Darach’s still sleeping off the drink. He’ll not need it.”

“Aye, he’ll have a sore head when he wakes. But ‘tis Cameron who awaits ye.”

That was something else. No one made the laird of Clan Cameron wait. “Turn yer back,” he ordered grumpily.

Auld Maggie had seen them as boys, not men fully rampant. Though Cameron had set them up by insisting he marry Fiona, Angus would not hide how much he desired his wife. He stood, unashamedly erect, and strode across the room. Thank God the chamber pot was behind a screen. If he was lucky he’d be able to soften up enough to piss. Thinking of why Cameron would call for them this early worked wonders. He was soon dressed, Gillis as well.

“Carry yer boots and put them on while ye have yer wee chat,” ordered the old woman. “And dinna be thinkin’ ye can grab another kiss from yer wife. Ye’ve got the rest of yer life to do that.” She cackled. “If the laird doesna toss ye in his pit fer makin’ him wait.”

Angus knew what happened to those who kept Laird Cameron waiting. They wouldn’t be dumped in the dungeon, especially after Fiona and Gillis had barely escaped one with their lives only a few days earlier. They would, however, be separated from their hot-blooded wife as they completed some dirty, physically demanding, insulting task. They knocked on the open door of Cameron’s office and were told to enter. They stomped into their boots before sitting on the bench in front of the table. The laird looked up, far too cheerful at ripping them from their marriage bed.

“As all heard your wife scream your name you have proven the consummation,” he said to Angus. He followed his dry tone by wincing theatrically. “The woman has a set of lungs.”

Angus was glad for his darker complexion as otherwise his cheeks would show red. Gillis’s pale skin did not hide a thing. They’d have to find Fiona something to bite on to muffle her screams. Sounds carried far in the night air. It was not safe to let it be known a woman travelled with them and they had a long trip back to Duncladach Castle and what was left of the lands Clan MacDougal had once claimed. Fiona had not brought them a dowry, but that didn’t matter. She brought herself, and her eager mind, and that was enough.

“There’s a reason why you are here at this hour,” said Cameron. “I would be in bed with my lady wife if Darach’s bride was not within a day’s ride, with an escort from Clan Ranald. You need to be on your way.”

“Did ye bring any sweet oil?” she asked in return.

His smile near split his face. He reached into his sporran and pulled out a small bottle.

Gillis had washed in the nearby stream, leaving his shirt off afterward. When he unbuckled his belt and dropped his plaid he was instantly naked and gloriously erect. Immediately her nipples rose, her pussy swelling in eagerness. He folded and laid his plaid over the pallet they would share for the night. Angus stepped behind her. He grasped her shirt and began raising it. The cool air swirling under it did nothing to quell the heat inside her. She felt his hot breath on her neck for a moment before his teeth nipped that spot between her neck and shoulder. She gasped at his claim of possession. The sharp, short pain was gone with a kiss.

“I want yer curls tickling my nose.” Gillis took a step forward. “I will lick, and suck, and flick my tongue over yer pussy and clit until ye scream and gush in me mouth.”

She wanted it. Oh, God did she want it! But if her cries could be heard in a noisy hall, out here it would be far worse.

“Well ken what a husband or two will do with their wife,” answered Angus. He lifted her shirt over her head and tossed it aside. His hands grasped her breasts and pulled her against him.

“Dinna fret, sweetling. Angus has a wee bit of leather for ye to bite on. ‘Twill keep yer screams inside yer mouth when ye peak.”

“Hush.” One of Angus’s hands slipped down her body. He pressed his fingers between her thighs. She automatically moved her feet apart and bent her knees, giving him entrance. “Our wee wife is weeping for yer mouth.”

Gillis groaned. He dropped on the pallet and lay on his back with his hands up.

Angus guided her over. As she dropped to her knees Gillis, hands on her hips, directed her. One flick of his tongue, and she didn’t care who heard what. Angus quickly stripped as Gillis’s eager tongue slid between her pussy lips, thrusting inside her.

He stood at Gillis’s head, cock rampant. She licked her lips in anticipation and reached for him. Her fingers brushed the tip of his cock. He was already wet. She brought it to her mouth. Her tongue slid over the head, tasting his salty essence. He groaned and took a step closer. She kept one fist at his base and took him as deep as she could. He hissed and grasped her hair in his fists. Mouth wide and cock deep, she circled it with her tongue. He hissed, tugging on her hair. Pinpricks of pain made her shudder.

Gillis’s nibble turned to a lick. His tongue found her clit, and she came with a gasp. Mouth open, frozen with heat, she heard a groan escape around his cock. Unable to move, unable to inhale, nothing existed but Gillis’s tongue licking and sucking. When the last shudder had passed she found herself slumped, forehead resting on Angus’s belly. She shuddered with another afterquake.

His big hands easily lifted her hips. Angus helped move her, gripping her ribs. They set her on her knees again, in front of Gillis’s cock. She reached behind and grabbed it. Eager, needing him, she sat back, impaling herself. She took him slowly, still unused to the fullness. Inch by inch his hard cock slid into her. When her arse cheeks touched his hip bones she rested for a moment. She settled herself down, twitching to get the right position before clenching his cock with her pussy.

“Hold this till ye need it.”

Angus handed her a square of thick leather. She gripped it in her fist, holding tight.

“I dinna ken what I did to deserve ye,” said Gillis between gasps. “But I thank God ye’re ours.” He spread his fingers over her arse, playing with her. He stretched her butt cheeks wide apart. “Yer turn, brother. Stretch that ass with yer fingers, and fill it with yer cock. Dinna waste time, or I’ll come afore ye.”

A moment later a thick, oiled finger rimmed her anus. Angus pressed in, stretching her. She arched her back, offering herself to him. Her muscles were sore but not that part of her. He chuckled and added another finger. He scissored them, stretching and teasing her.

“Ye sure ye’re nay too sore?” he asked. She heard both teasing and tension in his voice.

“Jesu, Angus!” She panted, managing to get out a few words between each breath. “I want ye both to fill me hard this night! If Lovat keeps us apart, I’ll need this to remember 'til we’re together again.” 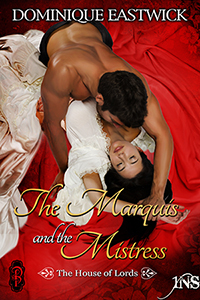