Pitney Winters is sure he’ll never find a proper boyfriend. He owns a mirror and knows he’s neither a handsome stud nor a cute twink. When an ex fuck-buddy visits Pitney at work, a handsome man interrupts their argument and saves Pitney’s skinny ass. Pitney can’t believe his luck when the epitome of hunky maleness asks him out on a date.

Rafael Bell has ogled Pitney before while eating at the restaurant where the lad works. Smitten with the younger man, Rafael carefully woos the shy guy in the weeks leading to Christmas. He longs to win Pitney’s trust and love and to convince him that he’s worthy to be loved despite his hang-ups.

Pitney, who’s still in the closet, realizes that he needs to trust not only Rafael, but his family as well, if he wants a Merry Christmas.

If you love a big alpha male with a sexy secret, a not-so-perfect hero struggling through life, and gingerbread men, don’t miss this sweet Christmas Story.

I’m so fucked, and not in a good way. Pitney Winters sashayed through his uncle’s restaurant, holding a breadbasket in one hand and a pitcher with iced tea in the other. As they did most nights, guest filled every table at Virgil’s, thanks to his aunt’s awesome food. Pitney had to keep his eyes peeled so he didn’t miss any empty glasses and plates in his section.

Pitney sighed deeply as he thought about his uncle’s rules for wait staff. Among a whole catalog, Virgil Winters had one major rule, and Pitney had followed it the two years he’d worked for him. His uncle encouraged friendliness, but no outrageous flirting with the guests. Tonight, Pitney feared he’d break that rule, because the epitome of male handsomeness had chosen a seat in Pitney’s section.

That was, he’d break the rule if he wasn’t such a chicken. Of course, Virgil had no idea his nephew was gay, and had therefore warned him off the female guests. His uncle would probably have a stroke if Pitney gave in to his urge and planted a kiss on his gorgeous customer’s lips.

He snickered at the ridiculous thought, then blushed the usual shocking shade of crimson—not a good color for him at all—as he placed the basket on Gorgeous’ table and filled the glasses.

Pitney’s gaze met curious blue eyes, so dark and deep they looked almost purple. That look sent a shiver down his back and his hand shook, spilling iced tea on the table. Clumsiness, thy name is Pitney. He muttered a quick apology, then mopped off the puddle with his apron.

The stranger had him so in knots that he didn’t even give the second man at the table the courtesy and look at him. Were they boyfriends? Husbands? The sexy man didn’t wear a ring. Was the second guy simply a friend or a business acquaintance? Given the men wore suits, this could be a business meeting as well as a formal date.

Not that Pitney cared. Not that he’d have the guts to do something silly, like flirting with a man who was so out of Pitney’s league that he wanted to cry. In the middle of his uncle’s restaurant, on top of that.

Anyway, Mr. Eye Candy obviously belonged in the tall, dark, and handsome department. Pitney guessed they were about the same height at six feet, but the other man looked like he could bench-press Pitney without breaking a sweat.

Okay, maybe that wasn’t a hardship at all, because Pitney was critically skinny, as his aunt liked to phrase it. Anyway, the man’s dark blue suit hugged his strong, wide-shouldered bodybuilder body like a second skin, and Pitney wanted to strip the guy and lick him all over.

When the man’s brown eyebrow rose in question and his full lips curved into a wry smile, Pitney wished a hole in the floor would open and swallow him whole. He’d stared, probably with a sappy smile on his face, or drool running down his chin. How embarrassing.

“Uh, yeah. I’ll go and check on your order then.” Before his guest could reply, likely to tell him not to expect a tip tonight, he turned hastily, fled through a door and entered the small staff lounge to suck in some deep breaths.

What the hell had he been thinking, making a fool of himself and ogling a man that classy while working a full restaurant? What if Virgil had seen him making goo-goo eyes at the guy? Of course, an outing thanks to excessive flirting with a male guest wouldn’t be nearly as bad as said guest rejecting him. And the man would reject Pitney.

Thanks to his free access to a mirror, he knew he’d never win a beauty contest. Way too skinny for his height, Pitney didn’t turn any heads. In addition, his friends had told him many times that he had a face only a mother could love.

Pitney huffed. Aside from the brief tryst with Chris that he didn’t count as a relationship, he’d never find a proper boyfriend. Pitney was painfully shy and just couldn’t approach guys. Whenever he tried talking to a man, his less-than-fortunate appearance pushed to the front of his thoughts and he froze.

Well, at least he’d gotten a good look at Gorgeous and could conjure him up when he jerked off after his shift.

One thought about Chris, the prick, was enough to make him shudder. The man had used Pitney’s non-existing self-esteem against him just to pop his cherry. When they’d first met at a bar, thanks to mutual friends, Pitney had had a crush on the handsome blond. As if prettiness wasn’t enough, Chris had one of those naturally fit bodies, with muscles in all the right places.

Soon he’d found out how Chris ticked, though. Under the shiny surface, he hid a cold cruel heart, and he treated others like shit. He’d fucked pathetic little Pitney a couple of times, only to throw him away when he’d found someone else. It hadn’t even been that good.

Pitney had always thought he’d enjoy sex, what with him being gay and all. At the age of twenty-one, he’d thought it was about time he lost his virginity. Damn, had that backfired.

The frotting he’d engaged in with Chris the few times they’d been together had been awesome. He’d even liked giving head. The intercourse, on the other hand, hadn’t rocked his world. Sure, he’d known the first time could hurt or be uncomfortable. However, he’d still thought it would feel good.

A bang at the door startled him out of his pity party. “Pitney, are you asleep in there? Get your skinny ass out here and work!”

Ah, crap. Eugene, the head waiter, had found him. Pitney sighed deeply and, after a glance at his watch, straightened his shoulders. Only one and a half hours to go, then the restaurant would close and Pitney could hole up in his room. Maybe he’d even have enough power left to think about Gorgeous and rub one out. 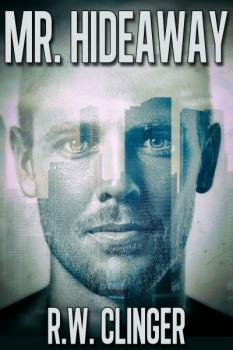