Take two gorgeous cops who want a very specific woman to love them both, and add one beautiful artist and co-worker who wants them back. When the three of them finally stop dreaming about being naked in bed together, and take that first big step outside their comfort zones, the passion ignites them all.

That’s what Rainey’s father had said each time he left for another climb or deep trench dive, or somewhere else a hell of a long way out of most anyone’s comfort zone—especially that of her mother.

So Rainey had spent most of her childhood seesawing between living in a world as safe as her mother could make it, and wanting to live life way out on the edge like her father. The first year she signed up for summer camp, her mother said she could go, as long as she promised not to do any of the activities she’d blacked out on the brochure Rainey brought home from school.

When Rainey had checked the page outlining the possible activities, the only things she could do were crafts. She could knit (but only with the big blunt-ended needles), and paint (though not outside). She could watch movies, help the even smaller kids in the sandbox, and she could churn the ice cream, though she couldn’t otherwise help in the kitchen.

Rainey didn’t end up going to camp. She conveniently came down with a cold the night before the bus was to pick her up. She was already an outcast at school; she didn’t want to be one at summer camp.

But that was all a very long time ago. This thirty-year-old Rainey was all about safety, about security, and the rewards that came with it. Her father had forced her hand, and she’d committed to one thing: she would take after her mother and stay in the safe and comfortable zone.

She still had nightmares about the day her mother had called her at college to tell her to turn on her TV to CNN, still remembered the shock of seeing her father’s face on the screen as Anderson Cooper told how her dad had fallen into and was trapped in a crevasse in Antarctica. She hadn’t even known he was in Antarctica.

Rainey had hurried home and she and her mother had spent the next two days waiting for the news of his death. They knew he’d die down there, knew from the way the other climbers spoke about him over their satellite phone to reporters. The other climbers and the rescue team had tried everything, even knowing nothing would work. Initially the heat of his body melted the ice around him, sending him even deeper, and then the ice would encase him once more. Now he was down too deep.

Twenty-three hours later, CNN had quickly turned to another story when his death was confirmed. He would remain there, trapped in the Antarctic ice he loved so much more than his wife and daughter. The team had dug down to find stones beneath the snow, had erected a cairn, and topped it with his brilliant yellow ice pick.

Her friends occasionally asked, when they realized who her father was, if she would go to Antarctica to see his grave. The simple answer was no—the more honest one was fuck, no.

There was no way she’d go to Antarctica. Hell, she wouldn’t even drive on the fucking freeway. But now the whole safe and secure thing was pissing her off. Rainey had lived in a sheltered little bubble for all of her life, and she was tired of it. Sick to death of it.

One of the trainers at her gym had told her one day that she needed to try something new, something different, something that scared her a little. It would be good for her fitness regime to change it up a little. And then he’d said it.

She had printed the phrase out and carried it in her wallet so she saw it each time she pulled out a credit card or a dollar bill. She turned it into a screensaver and put it on her computer at home and at work. It was hard to tell whether the subliminal messaging was making a difference, but Rainey did eventually come up with a plan.

She just had to come up with the courage to set it into motion.

Not Antarctica. Not Everest. Not even Mt. St. Helens, which was advertised as technically easier—easier than what, she wasn’t sure.

But she figured even she could climb one of the easiest routes on the South Sister. She’d done her research and thought maybe Green Lakes? Moraine Lakes? She wasn’t taking a chance on a climb called Devil’s Lake, the name itself psyched her out.

And she wasn’t stupid. She knew enough about climbing—after all, she’d grown up with a world-class climber, absent though he was most of the time—to know that she couldn’t go by herself. She knew enough about her mother to know that she couldn’t tell her what she was planning to do on her one week vacation, instead simply telling her during their daily phone call that she was off to Portland for a week sometime in the next couple of months. A work thing, she’d said, though she wasn’t sure of the date.

Rainey was good at research, it was a big part of what she did it for a living, all wrapped up in her tiny office, while around her the detectives and beat cops headed out every day to keep the city safe. She got to use her drawing skills and her research skills, spending hours skimming through the station’s musty books of photographs and sketches done by previous artists. If she had trouble with a witness who couldn’t explain what it was they’d actually seen, she would go to one of the old books and find a photograph that gave them a starting place. And she’d become really good at guessing just what a witness might mean when they said he was tall or her eyes were dark or his tattoo reminded me of…

She’d extended her research to the men and women who worked around her, watching them while they mourned fallen comrades, while they laughed themselves sick over a practical joke, watched while they showed around their photos of the crazy and dangerous stuff they did on their vacations.

Most of all, she watched David and Matt.

She couldn’t help herself. They’d transferred in a couple of years ago from one of the smaller detachments and they’d fit in right away. They were her age, plus or minus a couple of years, and they were drop dead gorgeous. And built. And experts at a whole bunch of things.

Including, she thought, mountain climbing. And rock climbing. They spent at least some time every year climbing some crazy ass mountain somewhere, and from the pictures they brought back to show around, enjoying every damn minute of it.

So she planned to kill two birds with one stone—she’d get over her fear of climbing and she’d get some up close and personal time with the men she’d been lusting over for almost two years.

The guys called them Mutt and Jeff after some ancient cartoon characters—which they laughed off. She had sometimes wondered if they had the same mother, or father. Not because they looked alike, because they didn’t. David was tall and lean, his skin tanned, his ice blue eyes framed by black as night lashes and brows. Matt was just barely regulation height, a buzz cut showing off his perfectly shaped skull, with the prettiest hazel eyes she’d ever seen, and a body that made her mouth water.

She’d never gotten up the nerve to ask them about their possible relationship, although both of them seemed to go out of their way to drop by her office every day to say good morning.

And whenever there was an office event—birthday or retirement or glad-you’re-back-from-stress-leave party—they went out of their way to spend time with her. They brought her drinks and food, made sure she got the best piece of cake, and either arranged for a taxi or drove her home if she’d had more than a single drink.

“We take turns,” they’d told her when she’d questioned their ability to drive her home. “One of us drinks, the other drives. So we can drop you on our way.”

Most times, they’d stop for ice cream or hot chocolate, depending on the season, and they’d sit in the truck, Rainey cozily tucked in between them, while they talked about… Well, about anything and everything. Rainey told them about her mom’s fears, fears she’d passed on to Rainey. One of them would respond with a quick story about a time he’d been scared, then the other would tell a funny story about work, climbing, or hiking.

They weren’t just gorgeous, she often thought, they were nice. And they treated her like a friend, a dear, close friend, except for the few times she’d seen what she thought was a sexual gleam in one or the other set of eyes when they thought she wasn’t looking. 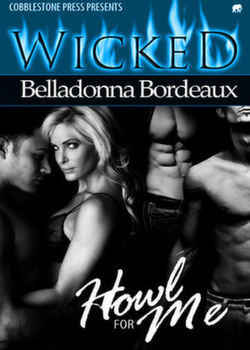 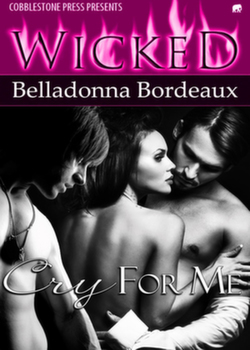 Cry for Me
Belladonna Bordeaux
In Shelf
$2.99 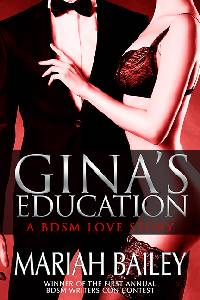 One Growl (MFM)
Jane Jamison
In Shelf
$4.50
Tweets by
sirenbookstrand