Nierra needs to escape her captor before she discovers her destined mate. One of the fabled promised ones, she holds the secrets of the ancients that only her destined mate can unlock. She refuses to send an innocent man to his destruction. Fate has other ideas.

Brok and Colin are dragon shifters indentured to the Eureka and are shuttling a valuable cargo to the rebels. The arrival of their enemy places them in danger of discovery. They’re a broken species working with the rebellion to take down the enemy. They never thought they’d find a woman, the promised one, who could balance their nature and accept their dragons.

Can they convince her to trust them with her freedom and her heart? Will they survive the enemy’s treachery and ensure the delivery of their cargo? Will they fall to the enemy who’s taken everything they ever valued? Or, fight for a future together?

Cakirane, also known as Corian or Earth, her home world

“This climb concludes this weekend’s activities,” Dubois declared from the boulder where he perched.

The Kilokee Island jutted from the ocean with sheer determination and willpower. The island was home to vibrant green, yellow, and red vegetation. Home to dun-colored birds who blended in among the rocks. It was the perfect training island.

Nierra swallowed her regrets and wished the weekend would last longer to avoid the argument with her father. Wrong. She never said anything. Nierra endured her father’s rants over her failure to match along with her resistance to enter the Core. The Core would preserve her for her mate, if she had one. With her failure to find a mate, her entry into the Core would bring honor to her father while fulfilling her duty to their people. She wasn’t a damn trinket. She closed her eyes to lock away the negative thoughts, for they had no place on the mountain.

“Concentration. Finger and toe placement are your only concern.” Dubois continued with his instructions. At five-seven with his athletic build, he caught the girls’ eyes. To Nierra and Tamar he was one of the instructors and a friend without any benefits.

Nierra listened to his rehearsed speech. She scanned the fifteen teenagers twenty-one seasons younger than her one hundred and eight seasons. They believed themselves immortal. Five remained undaunted with the challenges, while the others had met reality this weekend. They had lived to tell the tale.

At their back, the outgoing tide stroked the crescent-shaped beach. When the double moons rose tonight, a twelve-foot wave would hammer the cliff to swallow the cove for three seasons. It was a sight to witness, if their scheduled departure didn’t include their return before sunset.

“We’ve divided you into three teams based on your experience. Those with the green ties—” he held up his arm—”will accompany me. Those who climbed the Laide range with Nierra last nineseason will follow Tamar up the southern slope.”

Nierra didn’t miss the fist pumps from the remaining group. She didn’t take crap or foolishness from any of them. The Laide foothill bypassed a walk in the park. Those who’d gone with her had learned that fact fast.

Dubois glanced over his shoulder at the nearly sheer face dotted with shallow recesses. His gaze settled on each person in her group before meeting hers. “The remaining five will climb the face with Nierra.”

Dubois glared at her.

Nierra shrugged. Before sunrise, she and Tamar had climbed the cliff and secured the safety ropes. Tamar had walked down. When Nierra finished, she had dived into the ocean from the western side. She’d gathered the traps they’d baited the night before for their breakfast. Tamar had teased her, called her a thrill seeker. Wrong—life seeker. She wanted to experience life, not hide away from people or places because of a birth defect.

Nierra pushed those thoughts away. Her heritage didn’t shame her—it confined her. She adjusted the wide gray scarf on her forearm. Why flaunt what others didn’t have or earn special treatment she didn’t want? Even normal wouldn’t silence her father’s taunt of how she’d failed him. Old hurts didn’t belong on the cliff.

Dubois jumped from the three-foot high boulder and strode toward them. “I missed your climb this morning. Did you allow Tamar to spot you?”

“She did.” Tamar divided her hair and pulled the lengths to the side to tighten the band. “I helped her with the last challenge.”

Nierra had made a last minute decision to collect their almost packed duffle bags, minus their pallets, and haul them up the cliffs. This option was always determined by the group’s attitude. For ego attitudes, they climbed with their gear.

Dubois arched a brow, shook his head, and stalked off to join his group at the trail base.

Tamar smiled and joined her group.

Quin, Oliver, and Luca joined Nierra and the girls.

Nierra pointed to the cliff face. “Twelve indentations. Six packs. Check the indentation. Claim the pack and carry it to the top, before you do—”

They glanced at the mountain’s height. The dense shadows hid their packs and made it impossible for them to locate their own. Her mischief held a valuable lesson in surviving what couldn’t be controlled—life’s bumps.

The ocean breeze whipped strands from her brine-dried braid into her face.

“Why?” Quin and Oliver echoed.

“Because it’s part of the challenge of hiking with me. On a serious note, many of the ridges and mountains you may go on to climb have items donated to aid you. If you happen to have claimed your pack, you’ll make a trade.” Nierra waved to Tamar and her group where they were starting up the sloped ridge, which led into a medium climb to the summit.

Cora braided her ponytail. “Why, and what happens if we claim someone else’s pack?”

Nierra nodded for Quin and Oliver to start their climb. “The finder will identify it. Call out to the owner to ask what they want left behind, and when that’s done the finder will claim something from what remains within the niche.”

Nierra shrugged. There were grosser things than pawing through someone’s leftovers. She gestured with her hand for Cora and Ruby to ready for their climb. “You had better think of something to leave behind. This is also a reminder to be aware of your surroundings.” 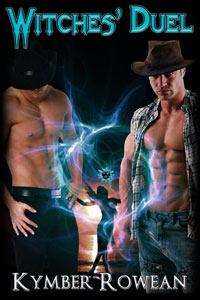